I keep seeing what looks like summer starting for fellow RVers still down south. Up here in southern Oregon, I think it lasted a day. So for this Fun Fotos Friday collection of random pics, I searched our many RV Travel Photo Galleries for “rain”. Many brought back memories, but very few depicted any actual rain. 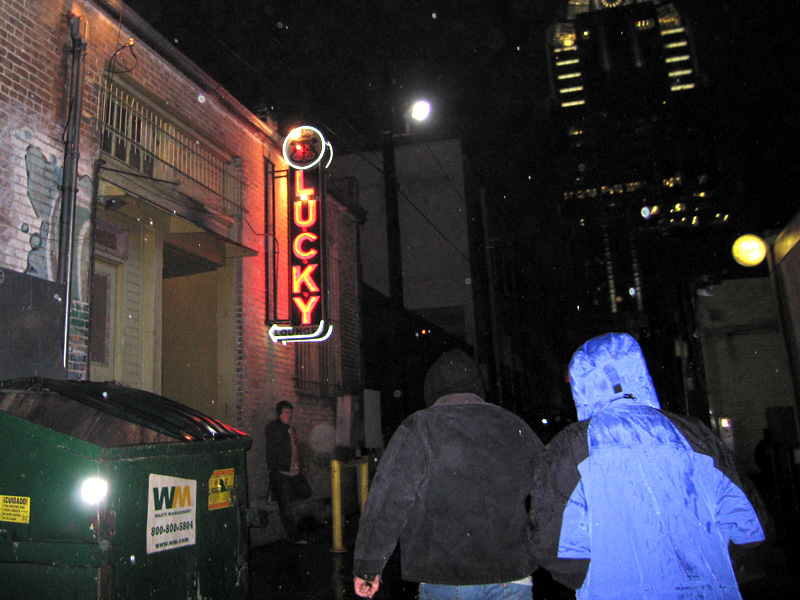 For starters, there was that rather wet wild night on Sixth Street. 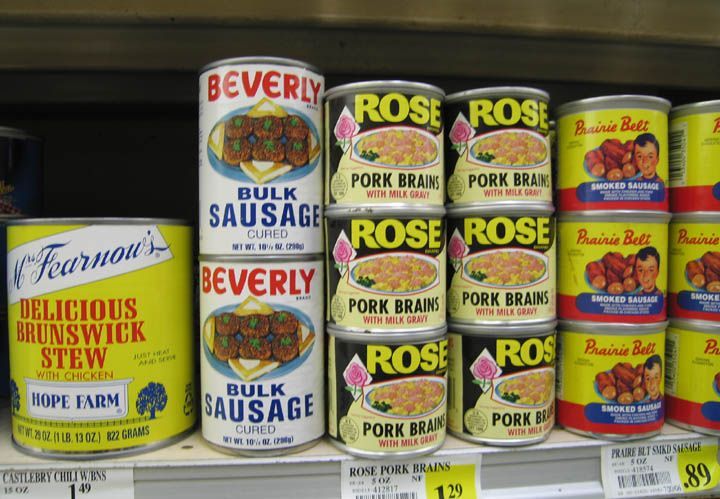 Searching for “rain” also returns “brains”. Mmmmm…braaaaains. Only at the first Piggly Wiggly we ever went to in South Carolina, so long ago. 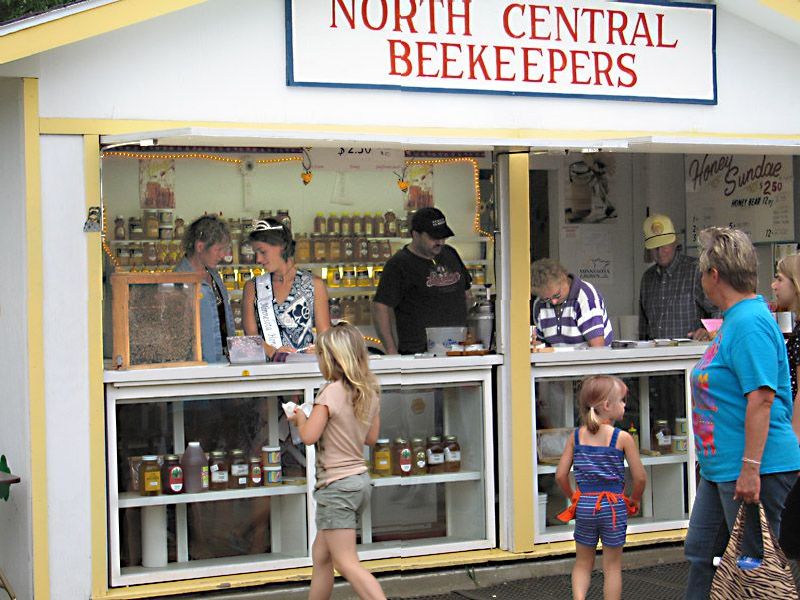 Speaking of brain, we’ll never forget the Queen Bee at the Brainerd County Fair – also that first year on the road. 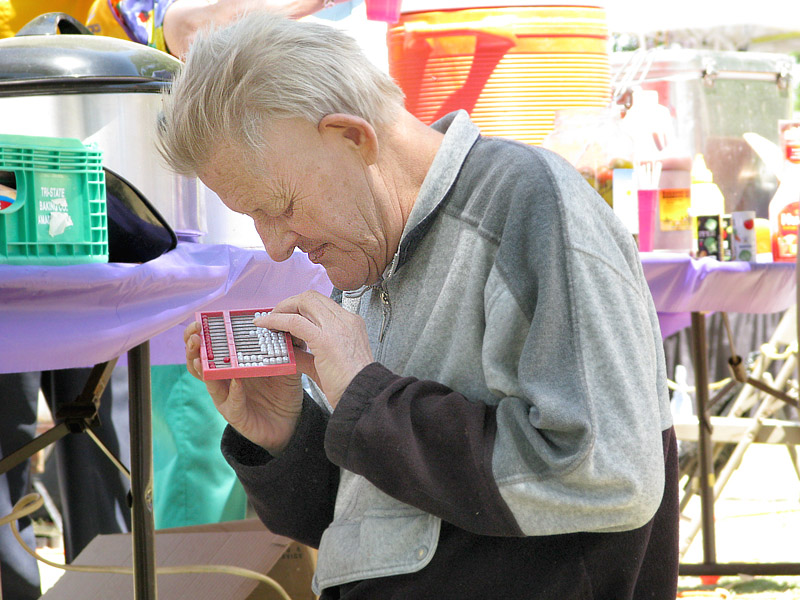 Speaking of fairs, we spotted this guy at a festival in Truth or Consequences way back in 2008. The gallery search obviously indexes filenames, since this one included “rainman”. 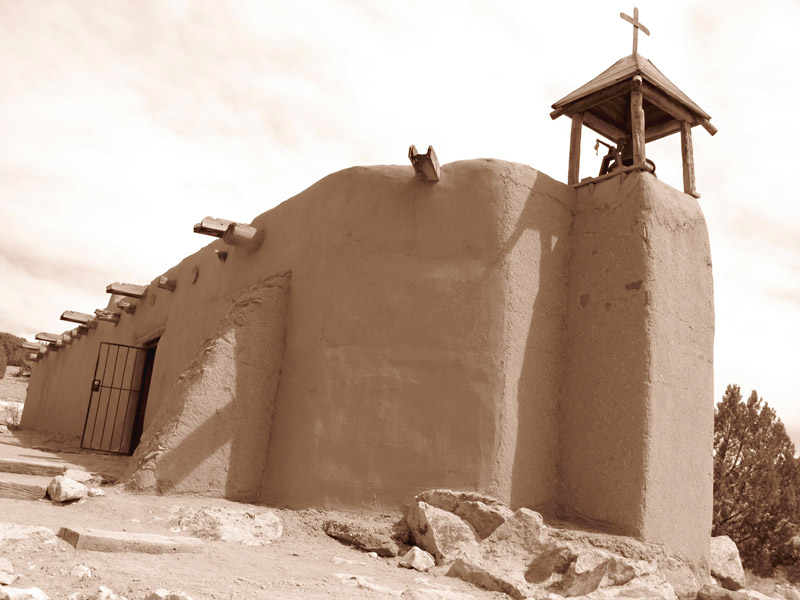 Search indexing doesn’t know how to spell, and clearly neither did I when added the description for this, “Meeting house at El Rancho de las Golondrainas”. That’s El Rancho de Las Golondrinas, for anyone interested. And the typo has been fixed now, at least this post was worth doing that. 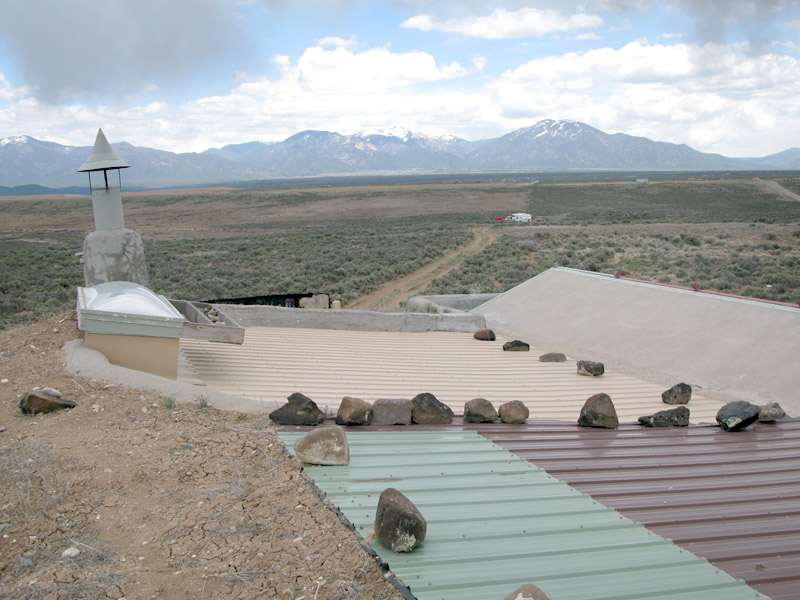 This roof at the Earthship Institute we visited shortly after that is designed to catch rain. 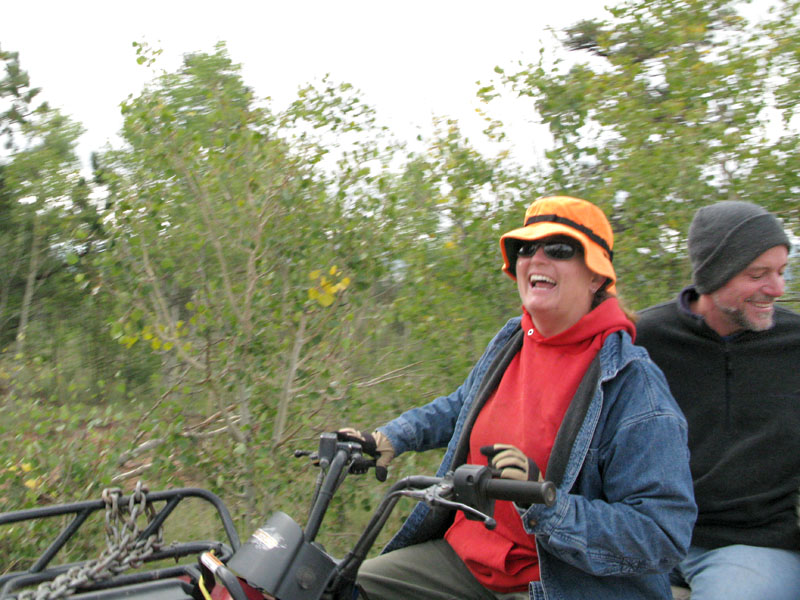 TC shows Jim how they train the Odaroloc Sled Dogs.

Some pretty fond memories indeed…like the time we joined the Odarolac Sled Dogs for some off-season training. One of our last great adventures with Jerry. 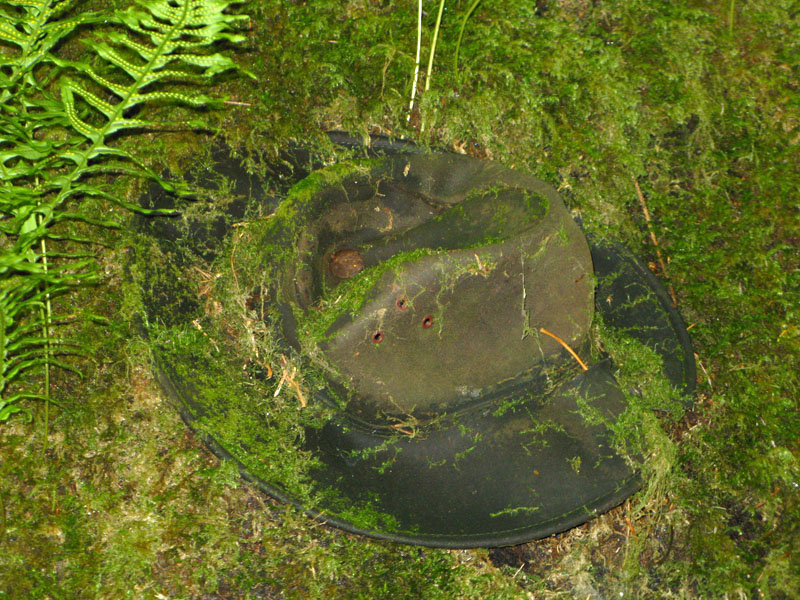 A Hat Grows in the Forest

My search for rain did reveal one of my favorite finds. We discovered this mysterious hat sprouting about eight feet up a mossy redwood tree deep in the Ho Rainforest, in Olympic National back in 2008. I’m sure it is well overgrown by now. 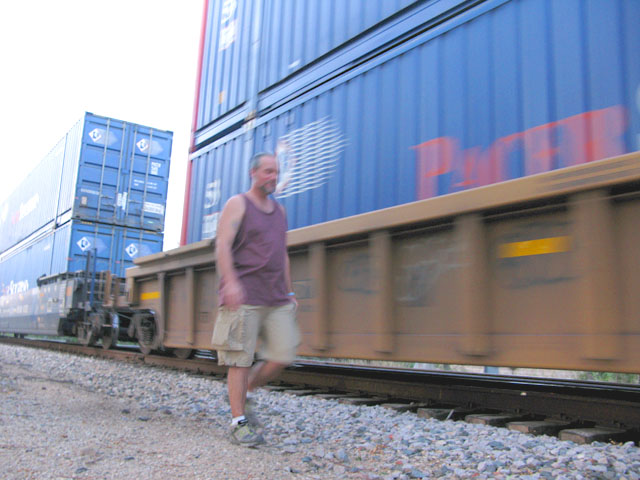 We do have our fair share of train pics. This one runs straight through Landa RV Park in New Braunfels, Texas. There is a fence now, so the trains don’t blast their horns in your window anymore, bit you can’t walk across the tracks to the office anymore either. 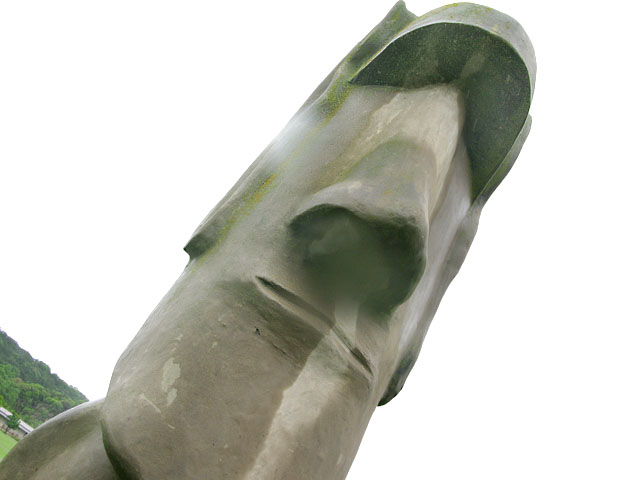 And I’ll never forget that rainy day for sure, when we learned the meaning of Texas Flood! 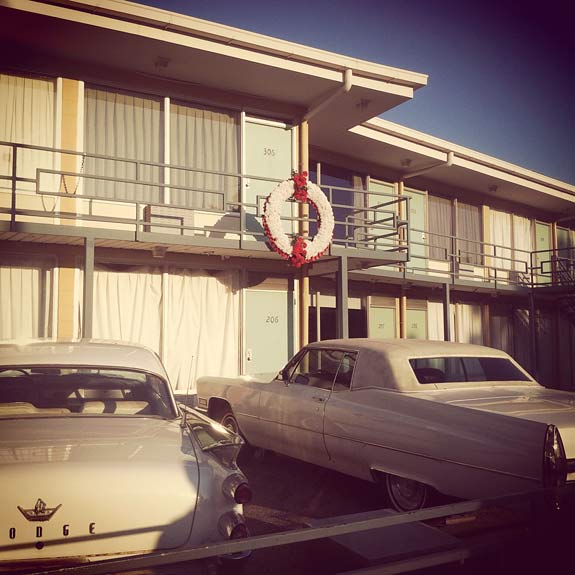 Paying homage where Martin Luther King was shot at Lorraine Motel was a rather somber experience. 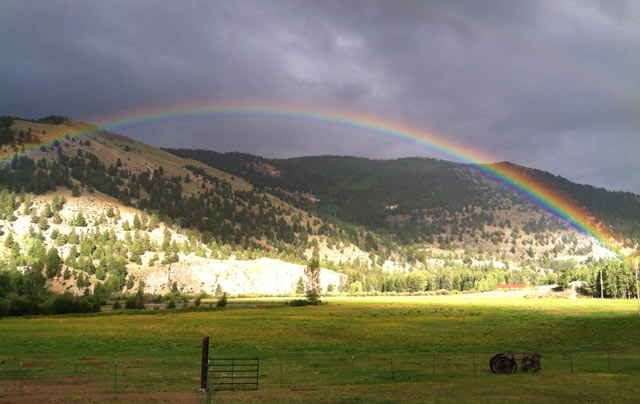 So I’ll leave you with this beautiful rainbow over Gold Hill at Vickers Ranch. That will always be my favorite  workamping job. But I hear it’s still snowing there right now. Maybe we’ll find some random “snow” photos from the past 13 years for next week’s Fun Fotos Friday post. Unless you have a better suggestion…

2 Responses to “Random RV Photos for a Rainy Day”