I’m just now barely catching up on updating our Live Work Dream Galleries with photos from workamping our favorite job at Vickers Ranch. Yes, this last summer, five months ago already…So, for this week’s Friday Five I’ll change it up a bit. Instead of the usual selection of five random pics, I’m sharing “recent” photos of the Vickers Ranch Mystery Rocks we found on a day off from our ranch workamping duties. 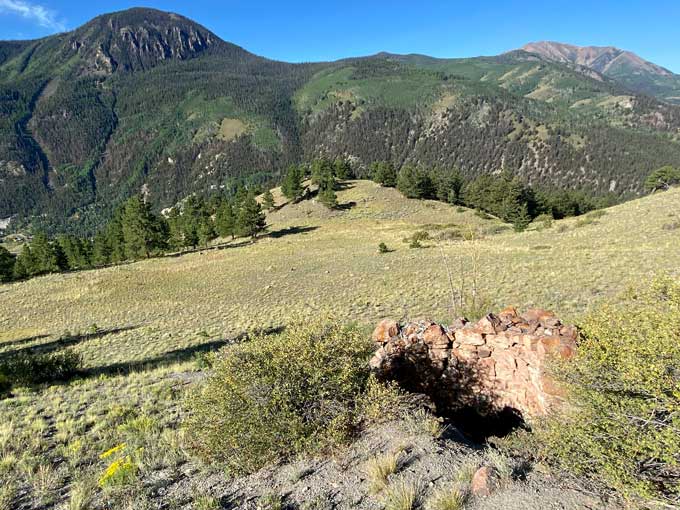 Driving to the upper ranch to do some logging one day, Larry said “you ever see those rocks over there?” He gestured off into the woods somewhere up a steep hill. Then he went on to describe some mysterious rock formation. Apparently, nobody knew the origin of these Vickers Ranch mystery rocks. Not even good ol’ Perk Vickers (RIP). “Someone clearly put them there,” Larry explained. But I have no idea when, or why.” 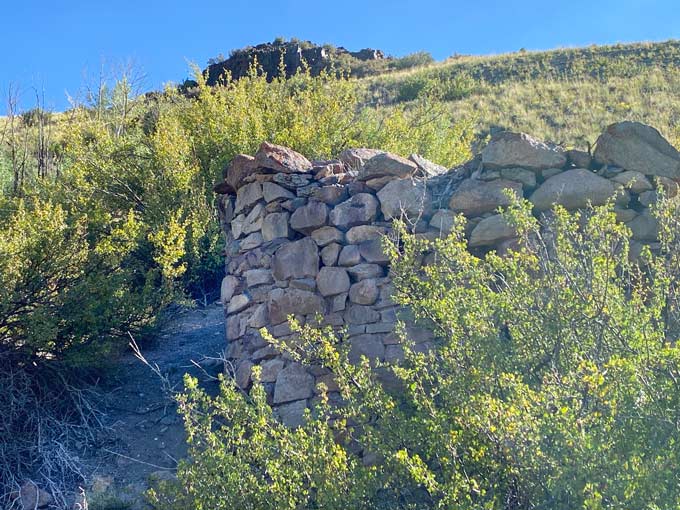 Coming down the mountain with Paul after a long day in the hay fields, I asked him about these Vickers Ranch mystery rocks. He didn’t know much about them either. He did know how to get there though. But  in typical Vickers fashion, he quickly mentioned following some old ditch, or heading up toward that bluff there and staying left, or coming at it from down below… 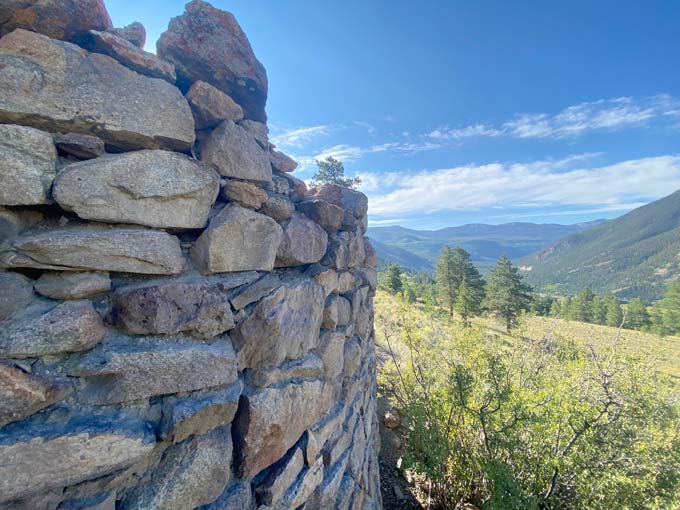 So on our next day off, Rene and I headed up the mountain for our usual morning hike. But this time we prepared for steep slopes and some serious boonie crashing. We finally came upon the Vickers Ranch mystery rocks. That’s what I’m calling them, because they’re still a mystery to me. To deep to be a blind, I’m guessing its an old well. Or maybe a cistern of sorts that filled up with snow. We’ll likely never know. 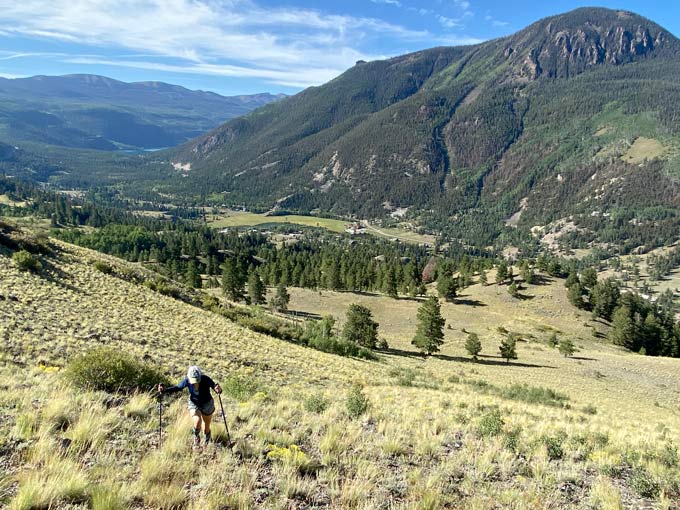 I’m okay not knowing. I like leaving something to wonder about mysterious places like this we’ve found. This find was similar to mystery of those Coachella Canal Kiva Ruins we discovered near the Fountain of Youth. 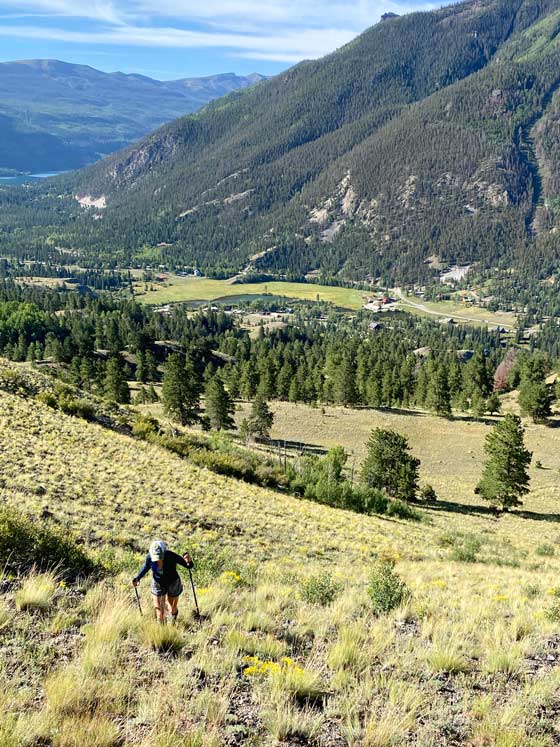 The Vickers Ranch mystery rocks, however, took more effort to reach. A lot more. So what did we do after finding them? We kept going up! The view down to the ranch from the hilltop below Station Eleven is always breathtaking. So we marked our accomplishment by adding our own mystery rocks to the spot. 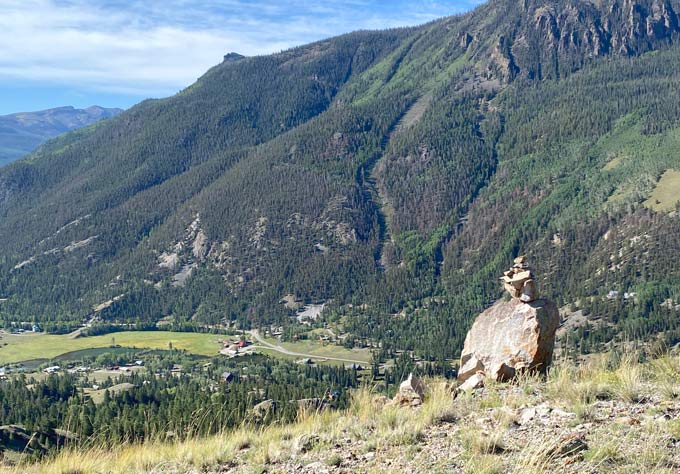 That’s already more than five photos of our hike to find the Vickers Ranch Mystery Rocks. But I’ll wrap this up with Rene’s rambling video from our summit above the mysterious site.

It’s adventures like this that make the workamping lifestyle so worthwhile. Working at places like Vickers Ranch – like we’ve done for nine out of the last thirteen years – provides access to places that very few others have ever been. And we owe it all to our Workamper News subscription!