Workamping at Vickers Ranch provided us with the best view for Lake City fireworks this year! In fact, we enjoyed the most fantastic fireworks display I’ve ever experienced. As workampers once again on our favorite ranch, we had private access to the top of Station Eleven. The peak reaches 10,728 feet and overlooks both the ranch and the town of Lake City. 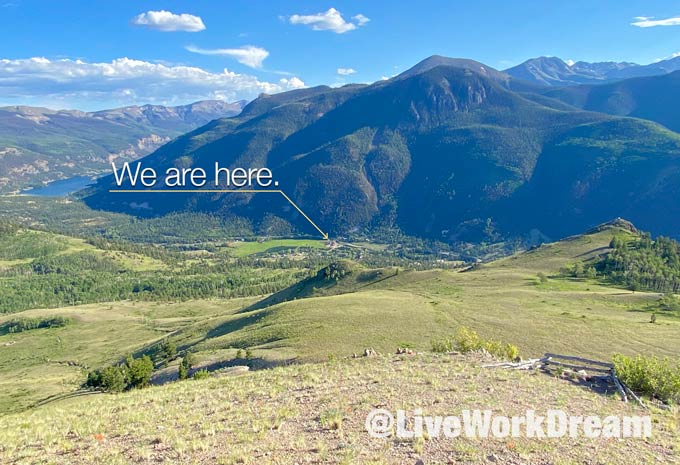 We had an amazing view of Lake San Cristobal. And we could barely see our workamping site way down below. The elevation of Lake City is 8,661 feet. That put our front row view for the fireworks 2,067 feet above all the action. 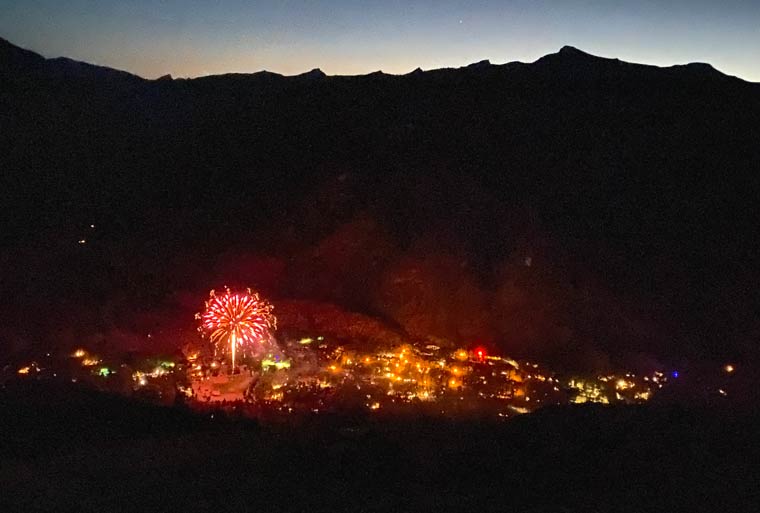 We packed the old Red Jeep and headed up the mountain before dusk. We set up camp and had plenty of time to relax before the show started. 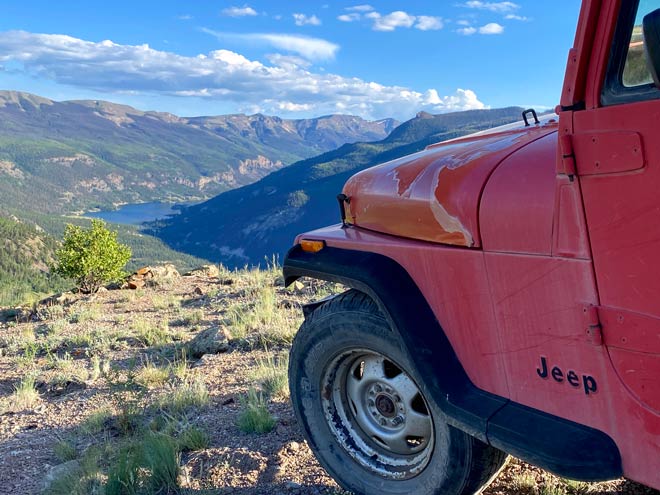 It had been a long time since we’ve slept on the gorund. And the top of Station Eleven is very steep. There’s not much room to park, let alone turn around, or pitch a tent. We leveled out a small area for ourselves, and ended up sleeping quite comfortably. A little rum and hot cocoa may have helped. 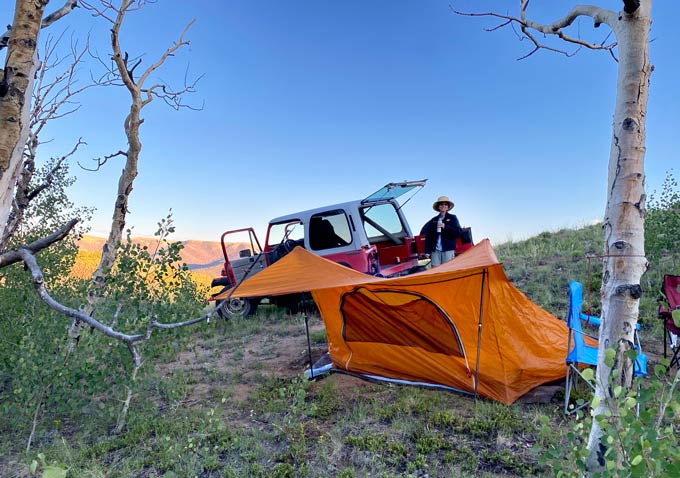 As darkness fell across the town below, we could still see light on the horizon across the Rocky Mountains. Planets and stars were visible and shadows of Uncompahgre and other peaks became more pronounced as the show began.

Best view for Lake City Fireworks is from above!

Just how high do fireworks fly?

I don’t know the size of the mortar rounds used during this year’s display. But from our best view for Lake City fireworks, the largest ones were launched no more than 600± feet when exploding. That means we were at least a 1,400 feet above the largest fireworks. 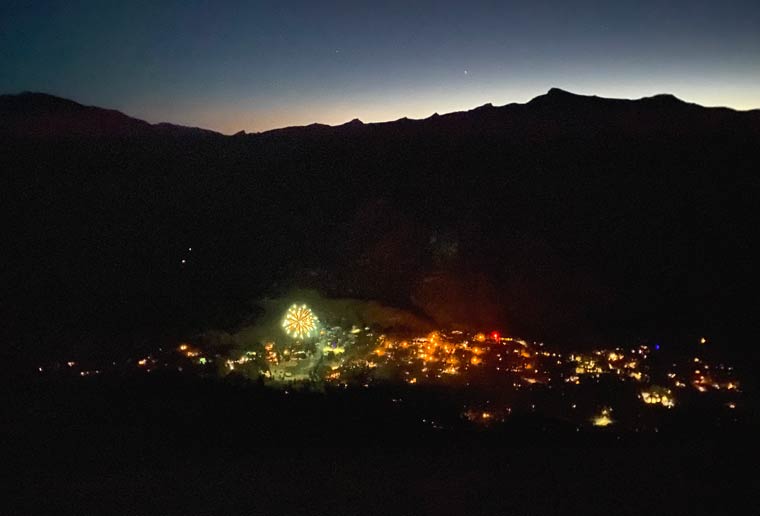 The rumble of the explosions was incredible. There was a clear delay each time a shell burst. As the finale went off, the entire valley below lit up. Yet from our vantage point on top of the world, we could still see night falling over the Rocky Mountains. 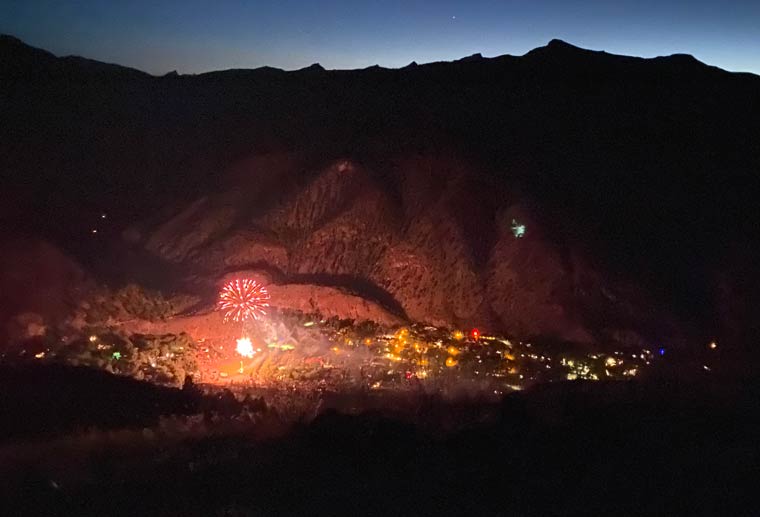 We are very grateful to the Vickers for providing us with private access to our best view for the Lake City fireworks. We were all alone for the show, which continued after the fireworks. We continued watching as the traffic left Lake City for another half hour at least. All the while, small headlights could still be seen coming down off the Alpine Loop. 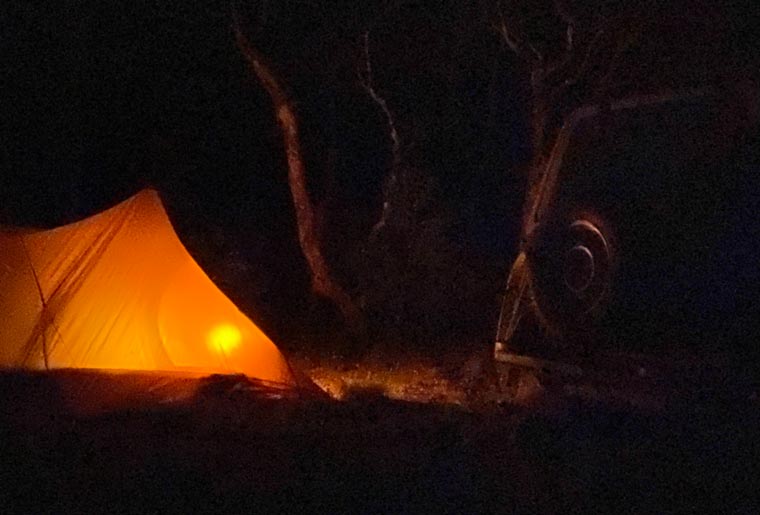 The weather was calm and we had clear skies for some amazing stargazing. This year, the lake City fireworks display was presented on Sunday night, July third. The following day, we rose to an incredible sunrise starting another beautiful day on the ranch. After packing up and creeping down the mountain, we headed to town for the annual Fourth of July Parade. It was kicked of as usual, with a fly-over by navy jets and the town crier declaring independence…

After the parade, we celebrated our freedom by relaxing at our workamping site and looking up at where we were the night before…way up. 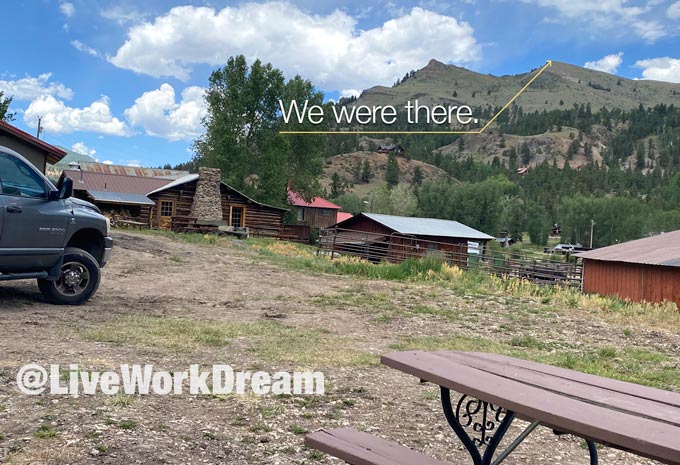 Stay tuned for more photos and videos from another wonderful summer of workamping on our favorite ranch. We’ve been coming almost every summer since our first year here in 2008. And if you’re wondering how to find great workamping jobs like this – we found ours in Workamper News. You can too, when you subscribe with promo code AGRE6207!