When people joke that RVs are like subjecting your home to an earthquake every time you travel, they’re right. We’ve had our share of RV kitchen catastrophes, but none like what we experienced a couple of nights ago.

Some RV kitchen catastrophes are more epic than others.

When we embarked on Jim’s RV office space remodel, we knew the bottom desk drawers would be used for pantry storage. These large bins have served us well so far, until Friday afternoon.

It was one of those days. You know, when you drive too long, too far, and just want to get to a place and park for a while. When we finally stopped moving, here’s what we discovered. 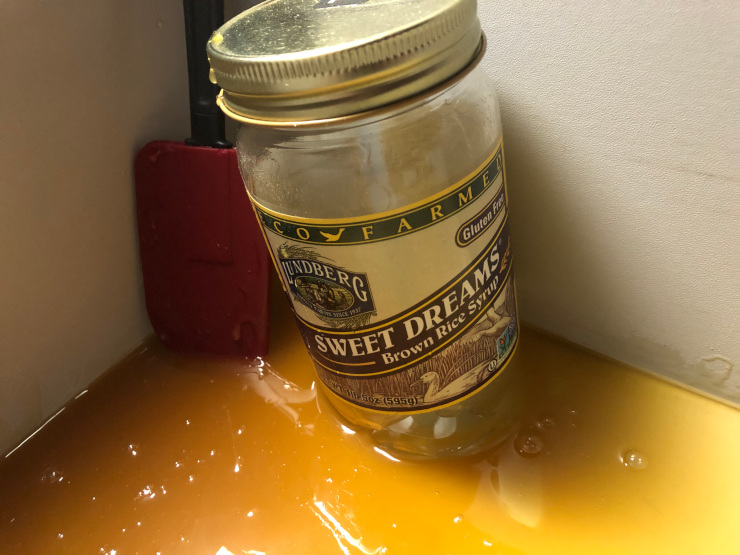 Of course it was the priciest jar in the drawer. Not the cheap salsa, or the barbecue sauce, or the half full jars of spices. No, it was the gooiest ingredient of the bunch that exploded and sent slimy syrup all over the drawer.

It made all our other RV kitchen disasters and messy RV closets pale in comparison.

By the time we got to it, the syrup coated everything in the drawer, and was starting to spill out the sides. It was only fitting that RV kitchen catastrophes like this one happen  when we are all set to boondock for several days.

We had just one paper towel roll on board, but Jim’s packrat rag collection habit saved the day. He brought out dozens of old rags to clean the mess, and about two hours later, it was gone. 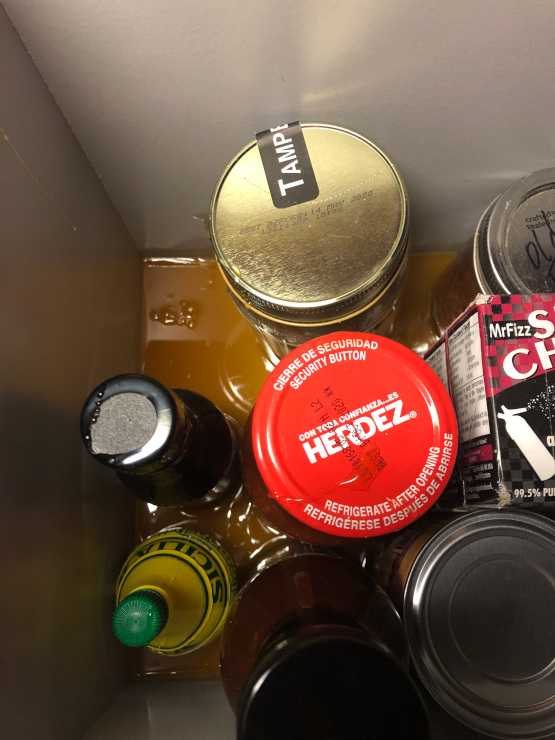 I’ll never nag him about rag hoarding ever again. And from now on, glass jars get swaddled in bubble wrap when being stored.

Little did we know that the sticky mess was just the warm-up to our 3-AM wake-up call. That’s when I stepped right into Wyatt’s poop explosion meltdown on the carpet.

Yeah, it was one of those days.