Remember how I mentioned a story behind our recent Dodge Ram battery replacement job? Well if you’re still reading this, you may care more about our story than those technical tips. And you know that we often have crazy stories behind any major repairs. This one wasn’t major. But it may have been if the batteries died while driving from southern California to Colorado. I’m glad I replaced them with a couple days to spare before we left. And, I’m even more glad we did not spend $1000± on this simple job I could do myself. Of course, there’s a story…

Some readers may recall that nagging Dodge Ram low beam out issue? Well, it’s reared its ugly head again. Our driver’s side headlight low beam went out again, only a few years after we replaced our TIPM. We had good reason for that expense at the time, more than just the low beam problem. But that did fix the headlight issue.

Well, I’m not about to replace the TIPM again! Then we got this comment about disconnecting batteries to fix the low beam problem on that blog post. So I consulted Dr. Google, and learned about doing a TIPM hard reset. I figured I’d give that a shot after watching this video…

Fantastic! Right? Well, to make a long story short: it didn’t work. And what’s worse? Nowhere in any of my research did I read about dead batteries being a side effect of this proposed fix. And that’s exactly what happened to us. 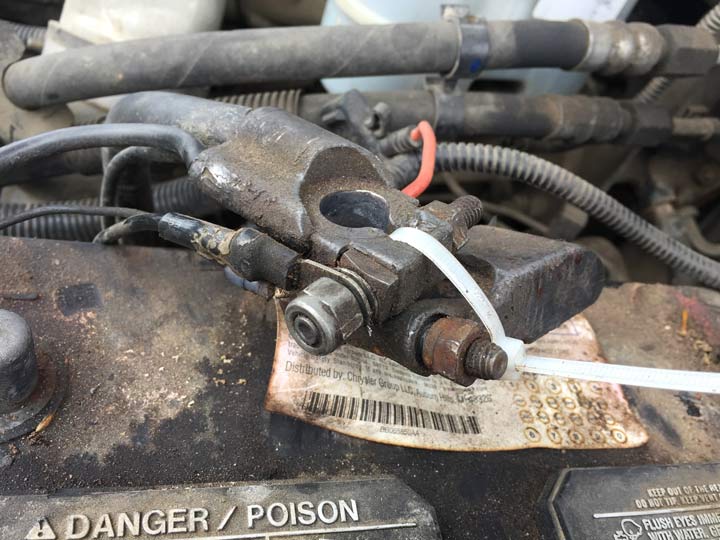 After disconnecting each of our Dodge Ram batteries, I tied the the positive and negative cables together as instructed. I left them disconnected overnight. This is supposed to completely drain the capacitors in the TIPM – or something like that. In the morning, both batteries were dead. Coincidence? Kinda…our batteries were nearly seven years old!

My theory is that they were keeping each other alive. And disconnecting them for that long killed them. I’m sure some of our more technical readers may have something to say about that, and I’m all ears. 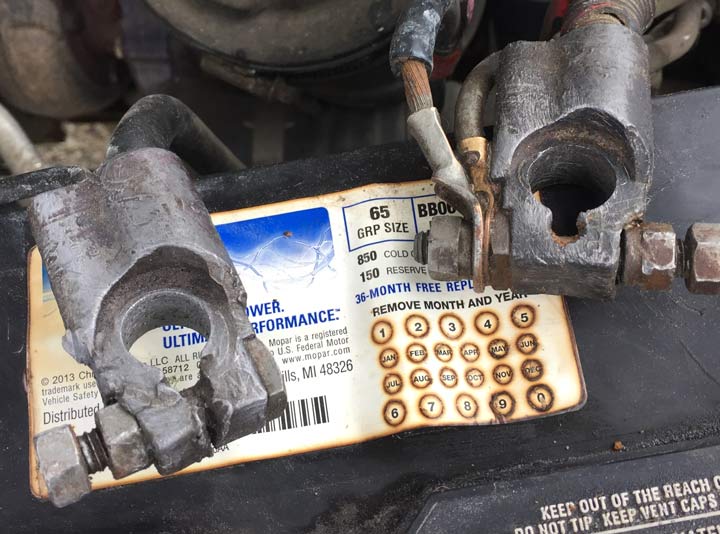 Note to self: Use the date labels on new batteries for their intended purpose!

Did I mention we were stranded? And we needed to leave for Colorado in a couple days. FoY is a pretty big community, but it’s pretty much in the middle of nowhere. I could have just gone and bought some batteries, but not without a running truck. I actually found a mobile mechanic nearby who got decent reviews on Yelp. I won’t mention any names, because my review is much more scathing.

My Yelp review is not about his work, because he never showed up. After two phone calls and various texts, the guy I spoke to assured me he would be here in the morning, no later than Noon, with two new batteries. We had no way to get anywhere to buy some batteries, so I reluctantly agreed. By 3:00 p.m. the next day, we had not heard one word from him. I sent multiple texts, because he wasn’t answering the phone. I simply needed to know if he was coming or not. I never got an answer.

Oh, and this mobile mechanic also wanted to charge me $385 EACH for new batteries. Plus a couple hundred bucks for his drive time. Actually, I’m glad he never showed. I couldn’t even get any firm answer about whether or not he could make it. Other than, “I try.” 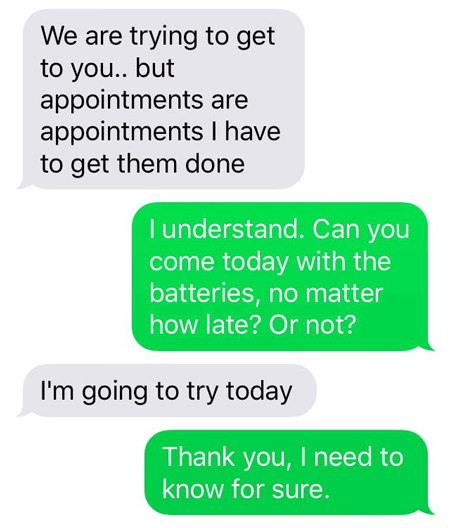 “Appointments are appointments,” I get that. And I had scheduled one. If you’re going to overextend yourself, at least be honest with your potential customers about your availability. Or, have the common courtesy to communicate effectively and just say no.

It was that sense of community that saved us. FoY Angels to the rescue! One brought us a heavy duty charger starter. Our two batteries were holding less than 10 volts. After charging them overnight, I gave a good boost with the charger. The engine cranking over was music to my ears. I kept one eye on the gauges for that whole one hour drive to Costco. I was happy to see the alternator was still charging. The truck even started back right up when I got there. With that dreaded engine light ding of course. 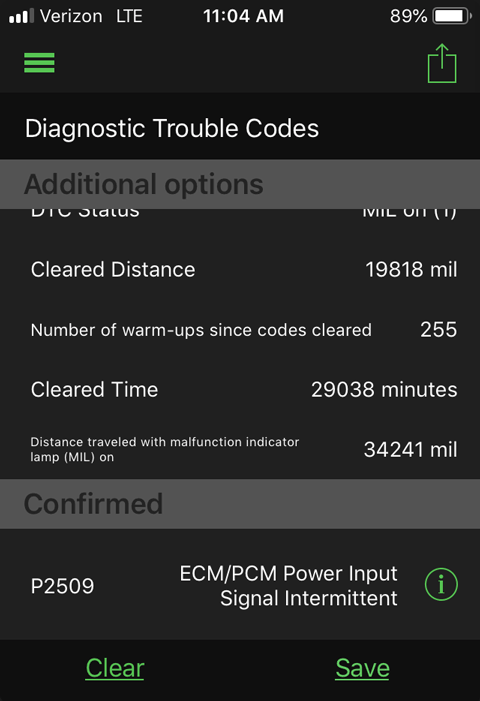 Whatever…without looking up that P2509 code, I guessed – and hoped – it had something to do with the attempted TIPM reset and/or dead batteries. I headed into Costco and picked up my two batteries. I swapped them out pretty quickly in the parking lot. See my previous post for detailed instructions and tips about how to replace Dodge Ram batteries, if interested. The truck cranked right over. And then, that damn ding again! Thankfully, I have my trusty but cheap OBD-II scanner and InCar Doc app! I was able to immediately clear that code, and it hasn’t come back since.

So, why Costco? I picked up two Interstate truck batteries, with a three year warranty, for less than $250. I took my old batteries back in to get my core charges back. We survived our 3,000+ mile round trip to Colorado and negative temperatures. I’m happy to be back in warmer climate, with working batteries, and no other automotive worries. Except for that damn headlight low beam…