tldr; I challenge RV bloggers and influencers to join me in an uncomfortable conversation about #BLM, and I’m not talking about boondocking on BLM lands.

True change begins deep within, each and every one of us, regardless of the context. I’ve said before that comfort is overrated, but fixing anything requires getting a bit uncomfortable. And based on the current state of affairs, we’re all gonna need to get pretty uncomfortable if we intend to come out the other side better people than the time before all this madness. 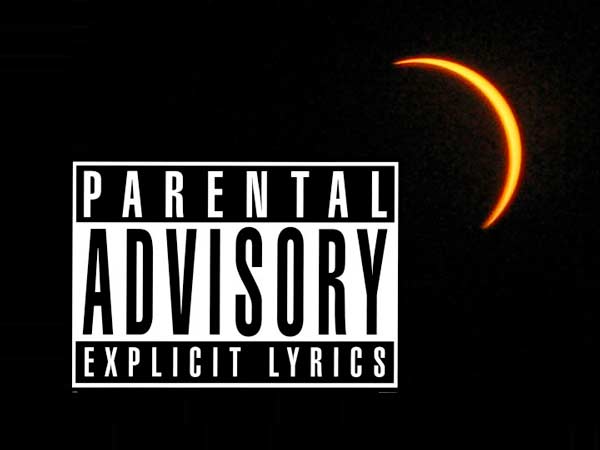 This isn’t about the global pandemic. Or even about the fucking epic fail of “our administration” in managing response to an incredibly pervasive and deadly communicable virus infecting everyone it can.

This is not about wearing a mask in public, or how uncomfortable that may be. It should be, wear your damn mask. And forget getting “back to normal” – normal sucked, in so many ways. Before this whole Coronavirus thing, we were already a nation divided. The vast majority of us were perfectly comfortable being good consumers and destroying the environment. Many experts believe the way we treat animals has contributed to transspecies transmission of retroviruses. But this isn’t about that either.

#BLM: Time to Get Uncomfortable

No, I’m not talking about boondocking or the Bureau of Land Management. This is about the fact that Black Lives Matter, dammit. And this is long overdue. As a privileged white male, I admit that I am part of the problem. And so are you. If that bothers you, stop reading, go ahead and unsubscribe now. If you disagree, feel free to express your white rage in a comment so I can do that for you.

Now, let me explain. Something has to be done once and for all about the systemic injustice and innate social bias against black people in this nation, and around the world. (And yes, I say black, because as Emmanuel Acho explained, I don’t know if you are African American, Jamaican American, Haitian American, or South African.)

Wait, who is this Acho character, Jim? Emmanuel’s Uncomfortable Conversations with A Black Man is a brilliant production, and just one of the things that inspired me to get uncomfortable with you here. Check it out. I’ll wait.

So, as I was saying: something has needed to be done about this for a long time. And as uncomfortable as it makes me, I know that I must do something to help address this situation. I’m in no position to march in protest where I am. As little as it was, I did help fund the movement. So all I have left is my voice. And though my platform may be small, it all has to start somewhere. And if I can help one more white person realize what is going on, I’ve helped that much more.

Why Do Black Lives Matter and How Can White People Help?

Our good friend Dave gave me the best advice once when I was interested in the advocacy work he was doing. He said, “Do the least you can do.” Once you’ve done that, ask yourself again, what is the least I can do? Then do that, and repeat. So before I ramble on too much, I’ll share some important things I have learned since the uprising after George Floyd’s death.

For starters, this isn’t about George Floyd. It’s not about Breonna Taylor, Trevon Martin, or Freddie Gray. It’s not even about Rodney King, Isaac Woodard, or Emmet Till. This is all about a society that allows such brutality against black people to go on unchecked for hundreds of years.

This isn’t so much about the knee on George Floyd’s neck, as it is about the sunglasses perched on the cop’s head, his hand gently in his pocket, and calmly staring into the camera while being filmed committing murder. This is about the fact that his behavior was acceptable, and that somehow what he was doing “in the line of duty” was okay.

Fast forward a few weeks, and this is about a society that makes a rich white man in khakis and pink polo shirt feel okay brandishing an assault rifle at justified peaceful protesters marching past his home protesting the former. This is not okay.

And wigga please, don’t give me that All Lives Matter bullshit. That is like the wife who asks her husband, “Do you love me?” And he replies, “I love everybody, honey.” Or the time I told a coworker how upset I was about my sick mother. He responded, “Everyone’s parents die.” Ouch.

Why NOT to Say All Lives Matter

The best analogy I heard about why we shouldn’t say “All Lives Matter” was in a Zoom call I was helping host for my Rabbi client and friend. A participant explained: That’s like going to the hospital with a broken arm and telling the doctor, “Help, Doctor. Look at my broken arm bone. It’s important!” The well-meaning doctor responds, “Every bone in your body is important.” How would that make you feel. Angry, right?

As so perfectly explained in the video below, if you still feel the need to say “All Lives Matter” you are only showing your White Fragility.

Another brilliant production that really touched me – and inspired me to encourage you to get uncomfortable with me – was this short but powerful spoken word performance by R.J. Wright + Xach Blunt. Thanks to Write About Now for sharing!

Uncomfortable yet? Good. Join me in educating others. Because if one thing is going to make a difference this time, it is keeping this conversation going. And if we are going to help make a difference, we all have our work cut out for us.

BLM is Not About Politics

Fragility is so ingrained in white society, that many of us are unaware of our actions. Like calling this a political issue, for instance. 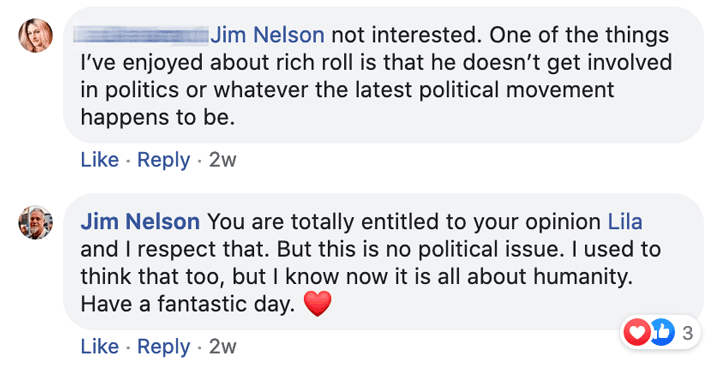 Rich Roll’s interview with Byron Davis and Pastor Phil Allen is another enlightening conversation that recently got me going. I learned so much from that discussion, I decided to post in The Rich Roll Podcast Group on the Faceborg. When I recommended Rich also interview Emmanuel Acho, the above discussion ensued. This is not the latest political movement. It not about politics, it is societal. And it has been going on for a couple centuries now.

I’ve always had a loose grip on my own white privilege. I’ve always been grateful for the privileges I do have, but “privileged”? Me? I would think, HA! I get it now. Of the few times I’ve been pulled over in my life, I have never had cops approach the car with guns drawn. I feel perfectly safe going for a run, every time. Except perhaps a few times where grizzlies roamed the woods. But I’ve never feared being seen as a threat simply by running. Ahmaud Arbery was not so privileged.

And if I had a son, I would not have to have “the talk” with him. No, I would educate him about sex and drugs. But I wouldn’t have to tell him how to behave as if his life depended on it if approached by a police officer 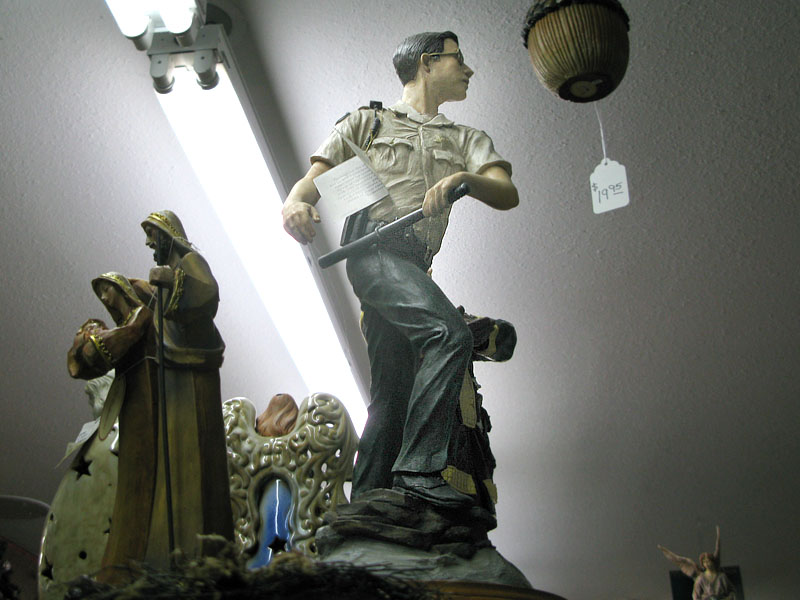 This was made more clear in the light of current events, when Rene and I discussed posting a position statement for our Tripawds community. We consulted with a mentor and colleague of ours – both successful and strong womxn of color. When we mentioned we have always been able to keep politics out of our popular discussion forums, we were quickly schooled, “That’s your privilege.” And this isn’t “politics.” My lack of a better word for this injustice induced uprising is a perfect example of said privilege.

But Jim, you say, “I’m not a racist.” Okay, back to some more basics for a bit: There is a difference between not being a racist, and being Anti-Racist. A big difference. Not being a racist means you do not hold exemplify racist bias and prejudice in your thoughts and actions. That’s a good thing. But actually being anti-racist means not standing for those who do. It means taking a stand against racism, in whatever form it may take.

So what can we do?

As awareness grew, and an increasing amount of “white allies” became a bit more woke about racial injustice, many tips and resources started being shared. Many of us said we’re listening and learning. The basic reaction I heard on another podcast was, “Stop listening and do something.” The most poignant advice came on another recent podcast interview with Darryl Edwards. (I think, it may have been the Rich Roll episode.) One of the guests mentioned the “4 Ls” discussed by Latasha Morrison, author of Be the Bridge: Pursuing God’s Heart for Racial Reconciliation. She suggests: Listen, Learn, Lament, Leverage.

I’ve listened, and there is always more to learn. I do sincerely lament the situation. And now I must leverage what voice I have. As uncomfortable as it may be, I hope you will join me in keeping this conversation with those that need to hear it most.

Thank you for the comments. Keep them coming, together we stand – to make a difference. Only positive discord will be tolerated here. But yes, please feel free to post your racist remarks. That will make it easier for me to block you from this site and publicly shame you for your idiocy and blatant disregard for humanity.

Take for instance this rant filled with falsehood an hatred from “agesilaus” – nothing more than a perfect example of whataboutism and ignorance. 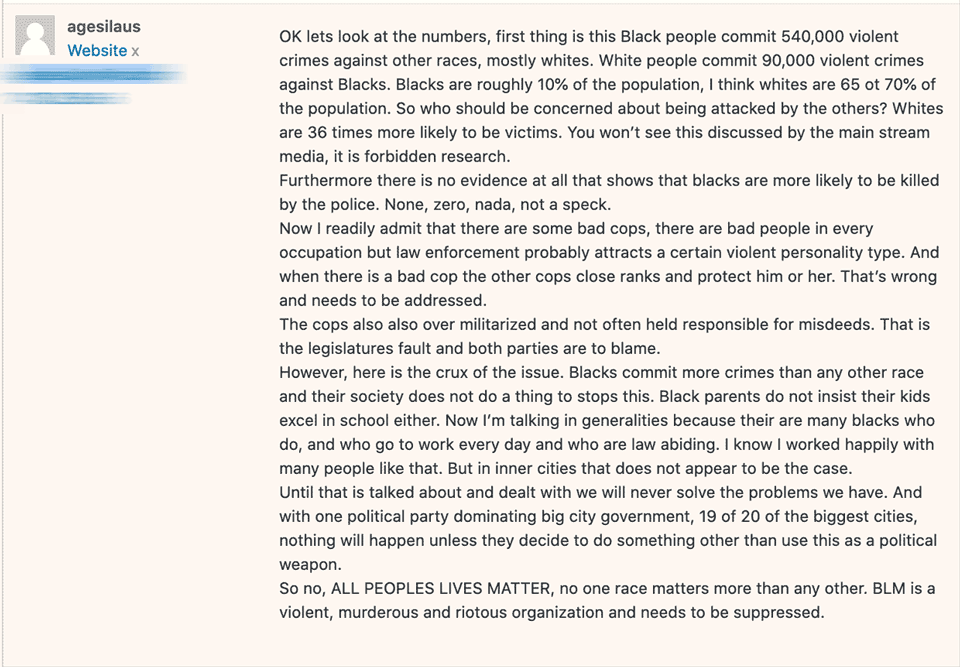 Ironically, the commenter is clearly compensating for something, as “Agesilaus was of small stature and unimpressive appearance, and was lame from birth.”

Yes, Patrisse Cullors made brief reference to BLM founders being “trained Marxists” in a 12 minute interview for the Real News Network. So what? For starters, not all Marxist ideologies are necessarily a bad thing. And the Black Lives Matter beliefs encourage empathy, and “engage comrades with the intent to learn about and connect with their contexts.” Next, consult the Google like Don did and you’ll find the “number of news reports” begin with quotes from Rudy Giulliani and the Fox focusing on Patrisse’s words taken out of context. Finally, yes. I am all for tearing down, dismantling, and rebuilding any system that is not functioning for the better good of society. 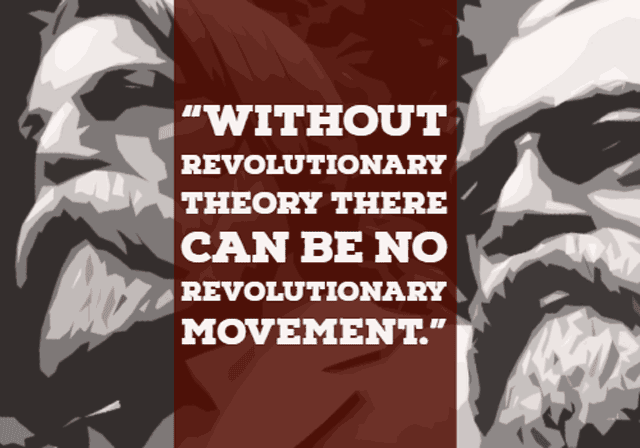 12 thoughts on “On BLM: Let’s Get Uncomfortable”