Where did winter go? Somehow it got past us, and spring is all over the place as we travel north through California. But we’re not stopping here in Sonoma County. Finally after eleven years on the road we’re headed up to the Land of the Midnight Sun. That’s right, this is our summer of playing, working and RVing in Alaska. 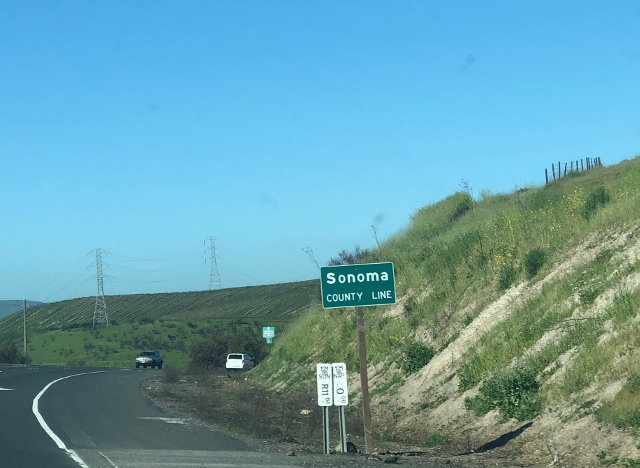 We’re headed north to the Land of the Midnight Sun

The Last Frontier wasn’t always on our radar of places to see. The ten rainy years we spent living in Humboldt County turned me off to the idea of summering under Alaska’s frequently overcast skies. I know the sun comes out occasionally, but I rarely see blue skies in photos of RVers in Alaska.

We always had other beautiful places in which to spend summer. If we weren’t workamping at Vickers Ranch in Lake City, Colorado, we were escaping civilization at Jerry’s Acres on the other side of the state. But now we don’t have a cabin in the woods, and we bowed out of returning to the ranch (for this year, anyways). And as climate change continues doing a number on the glaciers, the animals, plants and people of Alaska, it seems more urgent than ever that we make this trek now.

Planning to NOT Plan for RVing in Alaska 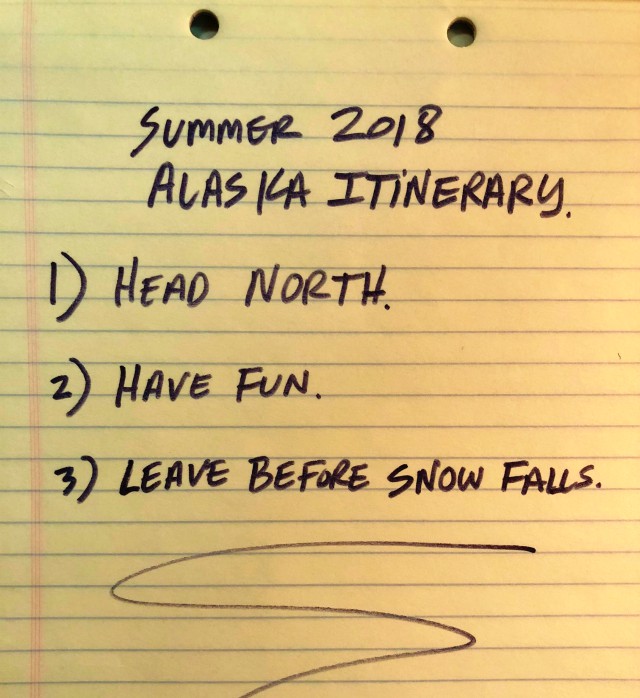 Preparing for the journey requires some thought, but as you’ll see in RVing to Alaska Facebook Groups, people tend to obsess over so many aspects of the trip. From campground reservations to the roads they will drive, too many travelers attempt to map out every detail.

For us, extensive planning kills the fun of any road trip. Yes, we are making sure our rig is well up to the task of the journey. And we will have the right equipment, spare parts, etc., for our needs. But are we planning to the same extent that most RVers do?

As the chief navigator it’s my job to make sure this trip happens. So when I saw how much time and energy RVers put into planning an Alaska RV road trip I wondered if maybe I was putting us at risk by not doing the same.

But then while we were at FoY, I met an editor at The Milepost, the RVers Bible for Alaska. This super senior RVer travels extensively around Alaska all summer, and she does it solo too. As a resident, she knows the state inside out and understands the risks of a first-timer’s journey.

I explained that we are taking a casual approach to our first Alaska adventure. And I asked if she thought I should make more concrete plans. Her answer?

“I never plan. That takes all the fun away. Be smart, but don’t over-think it.”

Whew! We’re on the right track. 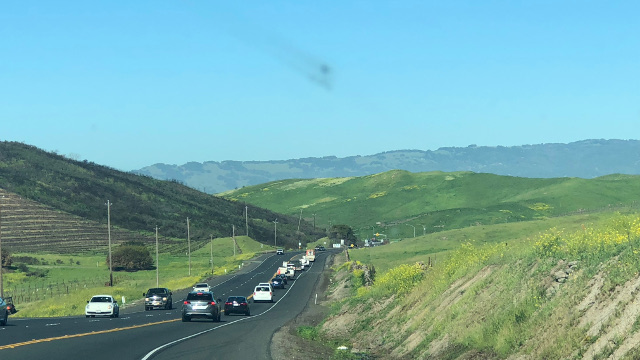 We hope the skies look like this while we’re there!

Our only real plan is to head north on US-97 beginning in Weed, California, which locals claim is the actual start of the Alaska Highway. This 1,956 mile-long (3148 km) road is the longest continuous north/south highway in North America. It winds through the wide open lands of Eastern Oregon and Washington, as well as British Columbia. When 97 terminates at the Yukon Border in Watson Lake, the recognized portion of Alaska Highway takes over.

Our RV Life as Usual.

Along the way, our life will continue, same as always. Thanks to our RV Datasat system we can get online to work wherever we want — how else will be be able to pay for this trip?! We’ll stay any place that calls our name. And take advantage of those endless summer days by working just a bit less and having more FUN with our Wyatt a cold-weather dog at heart who will love it up there.

Alaska is the first really big adventure we’ve taken since we hit the road in 2007. We are beyond excited to see what all the fuss is about. We hope you’ll come along to explore it with us.

13 Responses to “Playing, Working and RVing in Alaska, Finally!”