There’s no better time of year in Texas than springtime. And what a season it’s been! The Big Bend is greener than we’ve ever seen it and everything is starting to bloom. Each morning it’s like the Universe turned up the Technicolor knob on our surroundings.

With pure gratitude we’re making the most of our stay here – and it seems lots of others are too.

Maybe it’s the cheap fuel we’re all enjoying, or maybe Texas is better at their tourism marketing, but there appears to be loads more visitors to the Big Bend than in prior years. Despite the lack of cell and Internet connectivity, people are coming. During our stay at both the national and state parks we’ve had neighbors when we never did before. When spring break started last week it made things even more congested. Haha, yeah, this is congested.

Enough with competing for campsites here. The next time we come back to Big Bend, we’ll be heading to a real estate agent’s office. Land is so darn cheap in this desert all we  need to do is buckle down, save up a bit more and buy a few remote off-grid acres of our own.

We were able to get into the national park’s backcountry campsite system for a few nights, but the rules surrounding our stay were such a hassle that we gave up the last stretch of our 10 day reservation. Here’s why:

I know that our Coach-Net Roadside Assistance plan is really good about taking care of us, but the ranger’s warning kept nagging at me. If we had gotten stuck you could just call us total idiots.

Instead, we went to our favorite free boondocking spot outside the park, where nobody cares if you use generators. The weather stayed cloudy for a few days and for the first time since all season we had to bust out the Honda SuperQuiet. But at least we could work at night. The sun arrived a few days later and we’ve had great weather ever since.

Work, Life and Fun in Tejas

Our stay in Big Bend has been less expensive than I anticipated. Texas can be pricey with its lack of free camping spots. But since leaving Tucson after the Gem Show, we’ve only had to pay for hookups for about 4 or 5 nights, like here in Lajitas. Of course we used our Passport America discount and only paid half-price for one night of hookups.

I’m grateful for the savings, because now we have a little more money in the bank for the taxman who’s about to come knocking. A word of warning to aspiring full-timers who want to run a business on the road: when you live and work from your rig, it’s difficult to get enough tax-deductions to eliminate your tax liability. Even if you’re good about paying your quarterly self-employment taxes like we are, when you live in a small space it’s hard to buy and maintain the amount of inventory, equipment, etc., that lower your tax liability to the same extent that running a sticks-and-bricks business does. Don’t wait to find yourself a good accountant who knows the realities of this lifestyle.

We work a lot, but are still finding time to play here. Each morning we take long morning runs on crazy trails and really soak up the scenery that exists nowhere else in the country.

We even made time to meet up with our favorite hillbilly musicians The Whitfords, over at Maverick Ranch RV Park. Good times!

Although we skipped the Texas Cowboy Poetry Gathering, while we were inn Alpine I went to pay my respects to my hero, Hallie Stillwell.

And I also had a chance to meet Doug Leen, Ranger of the Lost Art. Read more about why he’s fighting to revive and preserve WPA-era National Park posters.

Last but not least, we stopped by Marathon Motel & RV Park for a night and met up with Jodie and Bob Freeman. They’re two of the finest locals around and among other talents, they’re amazing artisans. Bob and Jodie handcraft beautiful wooden flutes, selling them locally in Big Bend and at the Two Ravens Flutes website. 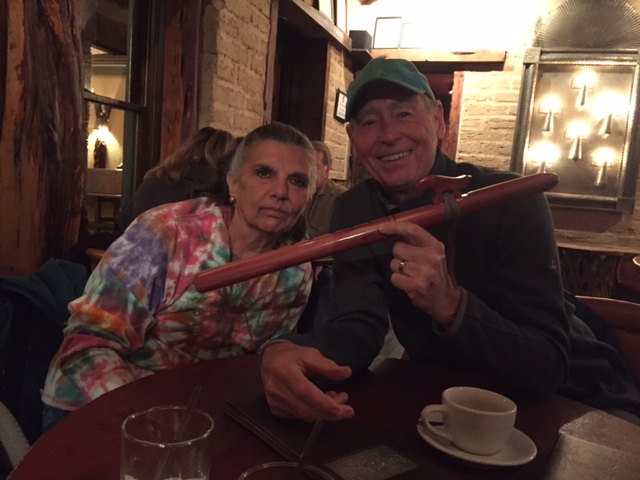 While lingering over drinks at the Gage Hotel, they stunned Jim and I by gifting us a flute of our own! This flute was made for us specifically, making the gift even more touching. And yes, it sounds as beautiful as it looks:

There are few occasions in our life when we’re speechless, and this was one of them. These two really touched us with such a thoughtful gift. Thank you Bob and Jodie, we will treasure our beautiful flute forever!

We’ll need some practice before we play a song for you but even just playing it last night with what little we already learned, the flute sounded SO gorgeous. And because it’s made of cedar, it smells so nice too. What a perfect way to relax wherever we roam.

If you’ve ever wanted to try your hand at  making beautiful music, go to Two Ravens Flutes, you will love how good these flutes can make you sound.

It’s hard to believe, but we’re wrapping up our 2016 Big Bend adventure and moseying east on Highway 90 to Austin, where we’ll spend April in the big bad city. We’ll be camped next to Sam and Tracy, two of the coolest people on the planet. Full hookups for a month. Great people. Weird and wacky Austin….Does life get any better?! 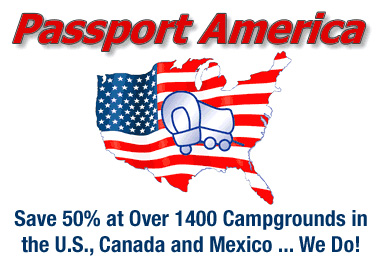