In the last six years since we started full-time RVing, Jim and I have noticed more and more of these popping up in the countryside. 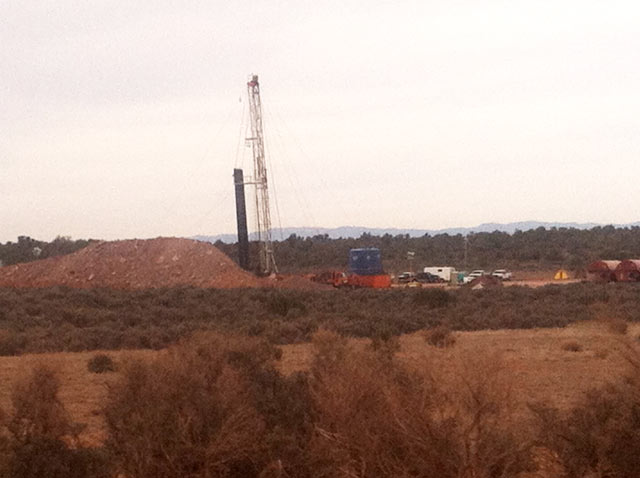 Last week while touring Utah’s backcountry, I was stunned to see these drilling operations right alongside Canyonlands National Park and other ecologically sensitive areas. Even here at the symbolic Thelma & Louise point (near and dear to my heart!), there’s active drilling within close range. 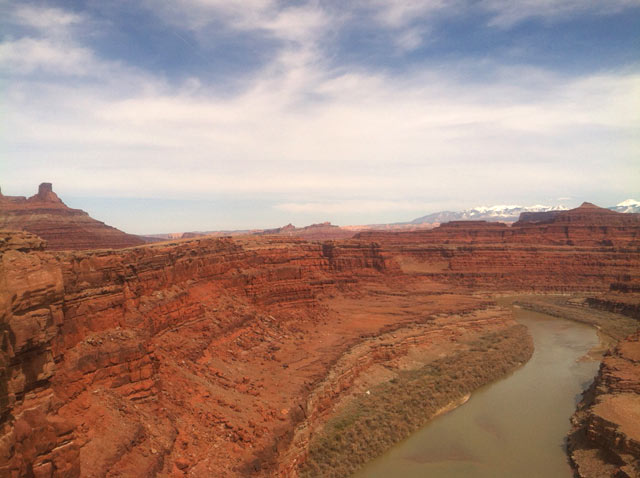 Am I the only one who’s noticed the proliferation of fracking operations in the last few years?

Many of the rural areas we fell in love with during our first North American full-time RVing tour, like North Dakota, are now hotbeds of natural gas drilling (aka “fracking”). The stories I heard about fracking boomtown headaches make me shudder to think about how these once peaceful areas have changed so much we might not even recognize them.

I’ve been thinking about the whole fracking business for a long time, but especially after seeing so much drilling in Utah’s BLM lands near Moab. The unknowns about hydraulic fracturing scare the hell out of me. Not because I’ve been brainwashed by environmentalists (although I admit to leaning that way), but because once again, this country’s energy industry appears to be only looking at short-term profits over long-term consequences. Can anyone say with 100 percent certainty that our water aquifiers won’t be harmed?

Coincidentally, Jim and I just saw an excellent movie about the whole fracking fracas, Matt Damon’s The Promised Land. Of course the necon media came out swinging against it, but honestly, the basis of this movie could be about any major economic issues faced by small towns. Damon and director Gus Van Zant just happened to choose fracking for this flick. It’s a great film. If you haven’t checked it out, yourself a favor and watch it.

As full-time RVers, we recognized dozens of towns that are exactly like the fictional one portrayed in this thinking person’s film. As fracking continues across North America and energy companies reap the biggest rewards from their efforts, I fear for the future of these integral communities that make up the heart of our nation.