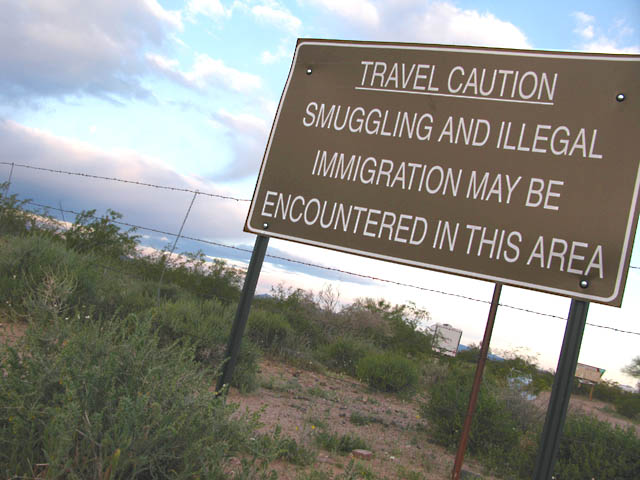 We’ve always wanted to go RVing in Mexico. I have a long lost cousin in the beautiful small town of Cuernavaca, and I know other RVers who’ve spent long beautiful winters in Mexico. But when the border violence started escalating, we heeded warnings from friends and family and stayed away.

This year we tempted fate, and on a whim headed to Organ Pipe National Monument in Arizona, which is spitting distance from the Mexican border. It’s a beautiful park, much like Big Bend in Texas, but with more plant diversity (in my un-scientific opinion).

Being the low-budget travelers that we are, we camped at a remote free BLM campground outside of the park, and saw this warning as soon as we pulled in. 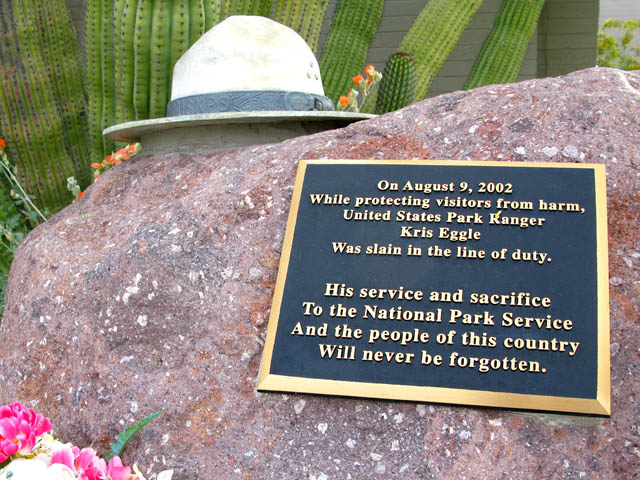 While we’ve heard rumors about immigration and drug running routes going through this park, we took this sign as more government hype.

That is until about 11 pm on our first night, when we saw a truck speeding through the campground, cruising around, obviously looking for someone.

While there were at least 5 other RVs in the park, it was a little disconcerting to think that really illegal activity was actually going on right outside our trailer. But with the swarms of border patrol agents hanging out in the area, we slept OK.

The next day we went on a long walk out into the desert and saw tons of beautiful plants and flowers. Later in the afternoon, I read about the murder of a prominent Arizona rancher that happened the previous day, about 200 miles from us in Douglas. The rancher’s murder has inflamed the anger of locals in the area who want more security. I can’t blame them.

The was the first border murder on U.S. soil since park ranger Kris Eggle was killed in 2002 while on duty near the park.

At the border town of Lukeville, we saw many RVers coming back from Mexico. I was partly jealous, partly thinking “those guys are NUTS!”

So what I want to know is, just how much of what we hear about the violence in Mexico is exaggerated by the media, and how much is real? 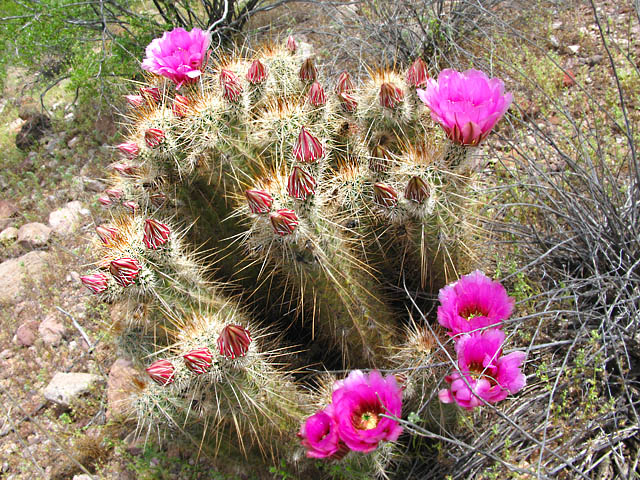 I want to talk to other RVers who’ve gone there in the last year, and find out what their experience was. Traveling south is something we really want to do, and I’m getting antsy to make this trek, possibly next winter.

Anyone with any feedback on recent RV experiences in Mexico, I’d love to hear about it.

21 thoughts on “Murder and Mayhem on the Arizona Border”