Texas is being good to us, and we love it here. Never in a million years did we think we would say this. As native West Coasters, we fell for the popular snotty stereotype about the Lone Star State: that it’s flat, boring, full of rednecks and the only redeeming thing about it is Austin. 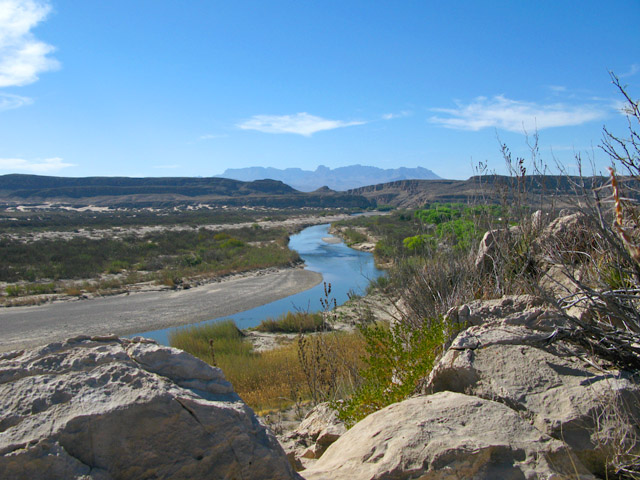 Now that we’ve been to the Great State two times in the last year, we just want to say; We were wrong. Sorry Texas!

The most peaceful, relaxing drives we’ve had in the last two years have been along the back roads of West Texas. The land here is as varied and beautiful as anything we’ve seen in our travels. Nowhere else in the United States can you drive through such wide open spaces and see vistas that go on for miles, without a single inhabitant except for a herd of cows. Tall rock formations line the horizon against a deep blue sky, and even if you’ve seen “No Country for Old Men,” Hollywood still can’t come close to replicating this kind of beauty. One visit to Big Bend National Park, and you’ll see for yourself how stunning this country is:

We haven’t been to a national park since saying goodbye to Jerry in Yellowstone. Coming here felt somewhat like a betrayal to our baby, since the last time we set out to do the tourist thing was with him. 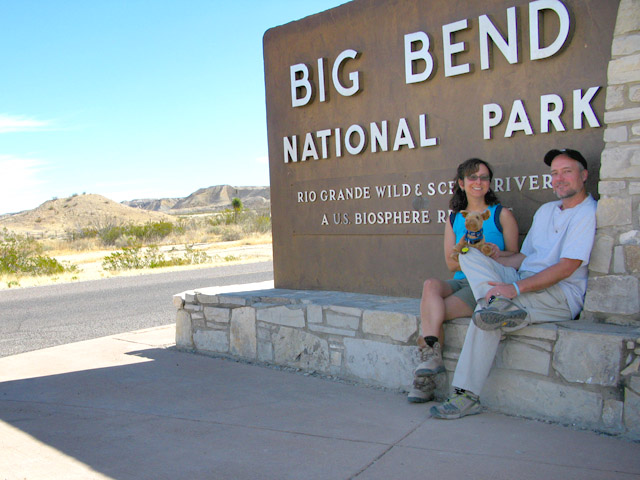 But I knew if we didn’t go to Big Bend now, years might go by before we had the opportunity to go again. Since it was “only” 240 miles out of the way from our next destination, the Texas Cowboy Poetry Gathering in Alpine, and diesel is hella cheap in Texas, we went for it.

Arriving at the park and hitting the trails without him didn’t seem right at first. But after a day of sweating in the blazing sun, and getting stabbed by cacti on the trail, I realized that Jerry probably would’ve hated this kind of terrain, which helped my pangs of guilt to subside.