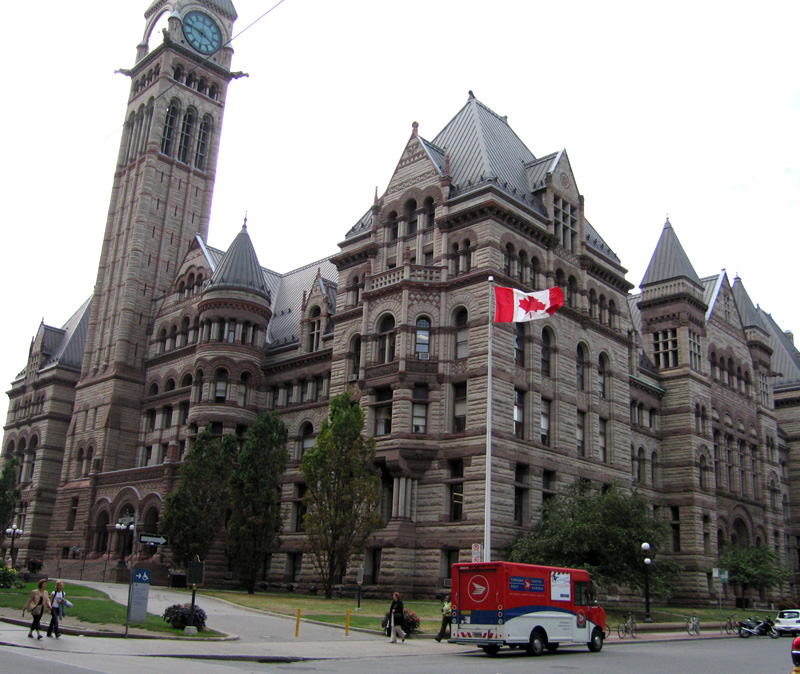 René asked me if I felt any more Candian now. Truth is, I have always felt part Canuck – though my home team would be the Maple Leafs – since I learned my mother was from Toronto and I went to the Snow Festival in Quebec as a child. After all, I am supposedly half French Canadian and half Scottish Irish. And one of my closest, dearest friends hails from Winnipeg eh. But I have to admit it felt good being Canadian at least for a day. Especially since that day happened to be September 11th.

It was actually nice to not be bombarded by the regular American media suspects forcing us to remember in vivid detail the tragic events of 2001, as they have every year for the past six. The only sign whatsoever that it was in fact 9/11 was a group of peaceful demonstrators in downtown Toronto proposing that the World Trade Center tragedy was an inside job. And personally, I was glad the morning paper didn’t carry a full page image of the burning towers that has been burned into my psyche the very day it happened.

Coverage of events at Ground Zero made it to page eighteen of Canada’s national newspaper. The front page was reserved for a 30th anniversary tribute to the beating death of Steven Biko by South African police. I found the story educational, enlightening, and touching. Perhaps it was buried deep in U.S. papers, I don’t know. But I doubt this important reminder of apartheid in the world made the front pages.

on the iPod as we crossed the border back into the U.S. after being questioned by a stern guy playing the role of a Nazi officer. So do I feel a bit more Canadian? You bet eh. And it feels good.

And why not? All the Canadians we encountered on our brief trip were friendlier, smarter and prettier than anyone we had met since leaving the Widwest. Heather of Melford Cottage is one strong, smart, warm person we can all admire. Stay tuned for Rene’s interview of this B&B owner living her own work dream. She may have even inspired us to return to take a longer look at living Up North, and what we might do.

A small part of me has always wanted to run a Bed and Breakfast. I just don’t think I could ever do it my own home. I would much prefer a separate house or cottages for the comfort of both myself and my guests. But I know I could do it in a diverse, thriving, open-minded community. And the Toronto area is just that.

While much of Oakville is a bit ostentatious and definitley out of reach until we win the lottery, what we did see of the area beckons a closer look of the outlying areas. I believe this old family stomping ground has made it onto our short list of livable communities. 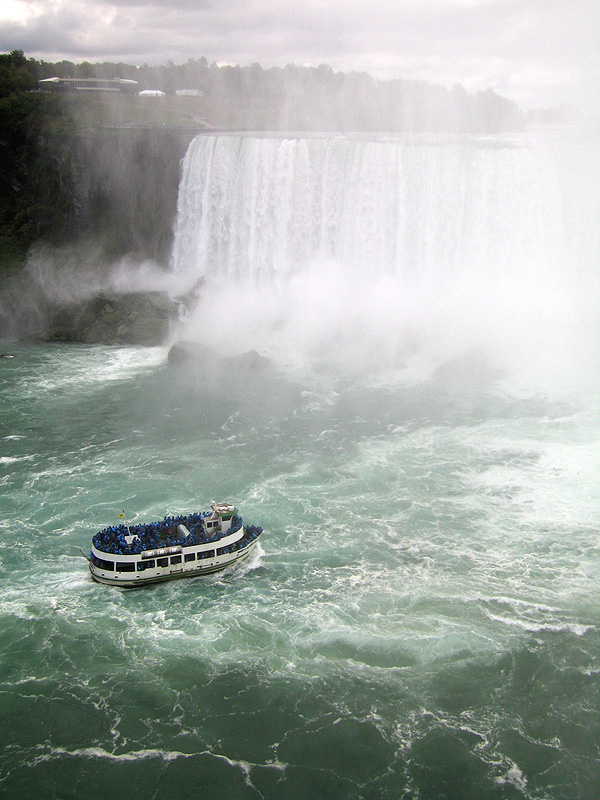 It meets much of our criteria and it is in a country that at least provides decent health care. And after seeing all the Great Lakes, Ontario ranks highest on my list in terms of economy, climate, and community. This was driven home for me as we returned to our campsite across the vast lake from Toronto. As you approach the U.S. border in Canada you drive through thriving, if garrrish, development and signs of economic viability. Cross the bridge into New York, turn left, and you pass miles of decrepit buildings and other depressing signs of yesteryear gone bad on crumbling roads.

With the view of Niagara Falls far superior on the Canadian side, you really have to wonder what drove all those honeymooners to the American side after tying the knot. But take a look around and the view says they haven’t been coming for a while.