For the record, I always was and still am a huge Nirvana fan. I also feel we do some readers a service by visiting certain attractions, so they don’t have to. Put those two thoughts together and you get this random sampling of lyrics, mixed with a selection of photos from Kurt Cobain Landing…after all, not everyone enjoys gawking at bad graffiti and junkie trash while reminiscing abut louder days  underneath the bridge From the Banks of the Muddy Wishkah.

I can’t hide, no
On the mantle
I’m not sad until I’m home
It’s the season, I’m all reason
I have seen all I have grown 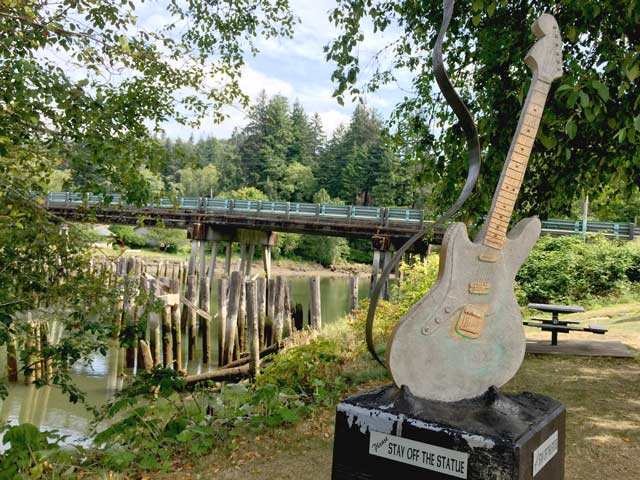 Come as you are, as you were
As I want you to be
As a friend, as a friend
As an known enemy

—Come As You Are 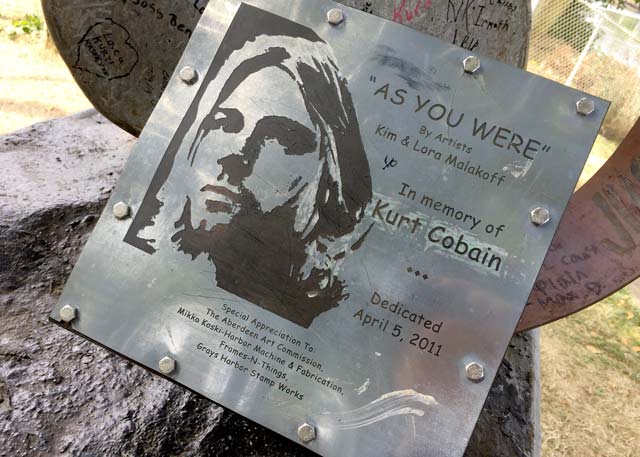 Give me a Leonard Cohen afterworld
So I can sigh eternally

Hey! Wait! I got a new complaint
Forever in debt to your priceless advice

—Something in the Way

I lie in the soil and fertilize mushrooms
Leaking out gas fumes are made into perfume
You can’t fire me because I quit!
Throw me in the fire and I won’t throw a fit

One more special message to go
As defense I’m neutered and spayed
What the hell am I trying to say?

2 thoughts on “Come As You Are Dumb Curmudgeon”