Last week after fleeing another snow storm at Jerry’s Acres and descending down into Fort Collins to say goodbye to friends and family, we woke up to this: 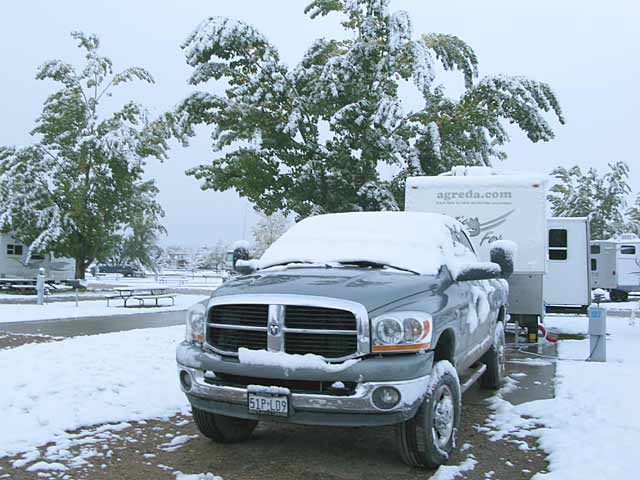 Unfortunately that morning we had a 9 AM appointment to get our trailer axles aligned. Little did we know how much dealing with three inches of snow on the RV rooftop would slow us down.

After breaking camp, the last task was to retract the slide. I pushed the button, but no luck. The slide rooftop was weighed down with heavy, wet snow that wouldn’t budge.

The clock was ticking, we had to get going. What did we do? Well, see for yourself: 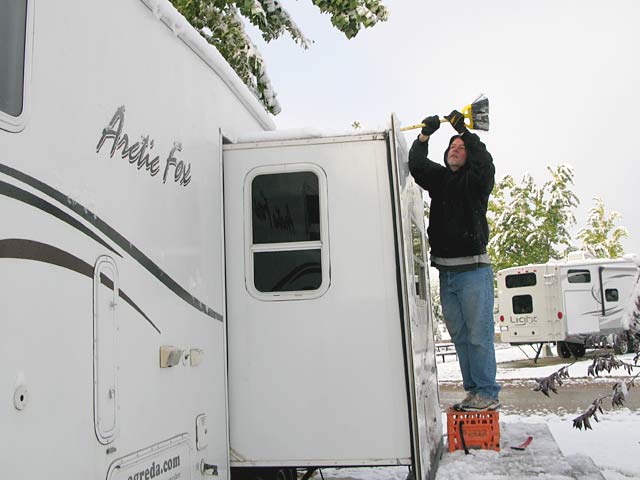 Yes, that’s Jim standing on a crate placed on top of an icy picnic table. Not the smartest thing to do, but it was our only option. When brushing the snow with a broom didn’t help, he got out the hose and watered it down. Bingo! We were on our way and only 20 minutes late.

And now we know why so many RVers carry ladders!

With that learning experience behind us, we’re headed west to warmer places where we won’t be dealing with his kind of scenario for a long, long time. See you in the desert!