Before any one corrects me, let’s get one thing straight. The correct spelling is Alferd. 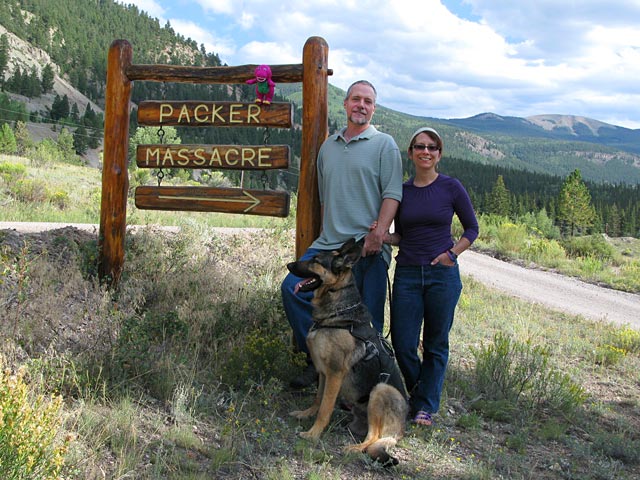 At the foot of Slumgullion Pass just south of Lake City, Colorado is a small patch of dirt with a few white crosses. This final resting place for five hearty souls is often missed by tourists burning up brakes coming down one of Colorado’s steepest mountain passes. 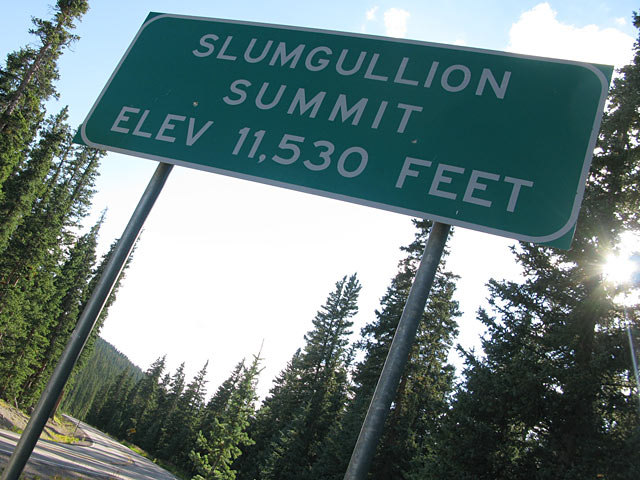 First a little history about Colorado’s favorite Cannibal. You can read all about the life of Alferd Packer elsewhere, so I’ll just provide a synopsis…

In January of 1874 he met Chief Ouray of the Uncompahgre band (Ute tribe) who recommended he and his party postpone their gold prospecting expedition from Gunnison to Breckenridge until the following spring.

He should have heeded Ouray’s advice, or better yet, those in his party should have. After encountering dangerous weather as they had been warned, the party became lost and ran out of provisions. 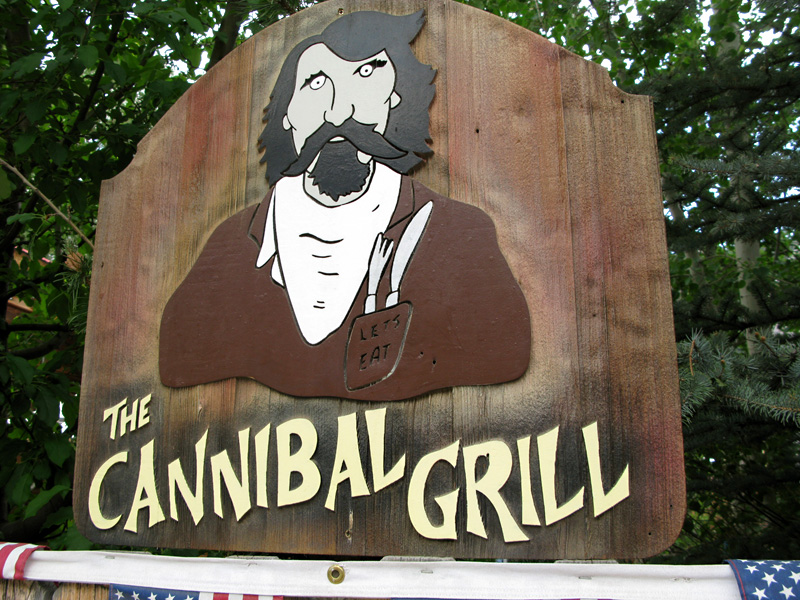 To make a long story short, Packer survived by helping himself to the others. And unlike the Donners, this was no party. After a number of trials following the gruesome discovery, Packer claimed he returned from scouting one day to find Shannon Bell roasting and feasting on human flesh. Alledging that Bell rushed him with a hatchet, Packer shot and killed him in self defense, insisting the man had gone mad and murdered all the others.

Neither the Judge nor his jury believed him.

“You man eating son of a … There was seven democrats in Hinsdale County and you ate five of them.”

Now, about that spelling.

You will find Alfred Griner Packer’s given name on both the man’s birth certificate and gravestone. But that’s it. Everywhere else he is referred to as Alferd, including the tattoo on his arm where the artist misspelled his name. Legend has it that is when he adopted the name Aferd, so I’m sticking to it. Get it? Sticking? Tattoo… 😛

Where is the latest roadside attraction you visited where you learned a little history lesson? Or, what places have you been that you insist are just spelt wrong?

5 thoughts on “Alferd is the correct spelling.”