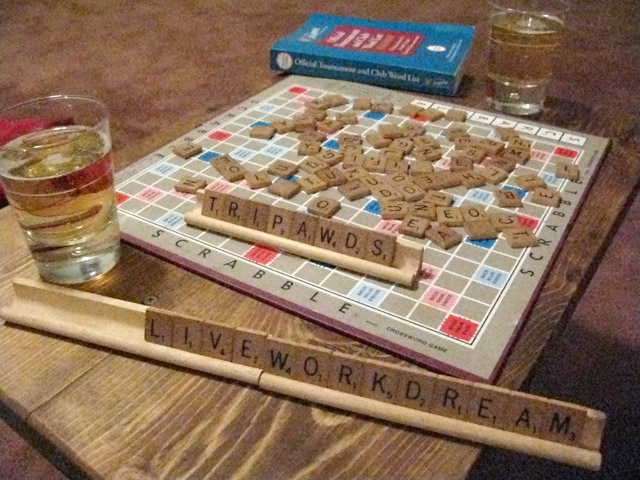 Just in case anyone was wondering if perhaps we thinking of “settling down” here at Jerry’s Acres, for the record, we are not ready to commit to staying here for the entire year. I know, I know, we just got here. Seems like yesterday we were getting bombed on champagne and playing Scrabble on our first night here.

But the aspens are turning yellow, there is a definite chill in the air. Soon we’ll do the sensible snowbird thing, and head south for the winter. For there’s still so much to see, and far too many adventures in store. And besides, Wyatt Ray needs to get out there on the road and see the great big world that’s out there waiting for him.

We’ve been busy making plans for our flight south. Looks like we’ll workamping in November and December, either in Kansas or Nevada. Then, we’ll head to see my familia in Southern California for Christmas (it wouldn’t be the same unless we had another sweltering Christmas day in the shadow of downtown L.A.). After that, we’ll more than likely turn east and head to New Braunfels, Texas again, to hook up with our NuRVers friends at Landa. But first, we’ll stop at the Slabs again for some free boondocking and interesting ambiance.

But winter won’t be all fun and games. Our budget situation is such that we’ll need to get our butts in gear and start making some real money now.  Getting to Texas is going to cost us, big time. So this means even more plowing away at our online endeavors, as well as workamping or (gasp!) temp jobs in bigger cities that can bring in some real money (well, as “real” as it gets when you live like hoboes) until we return to Colorado in late March.