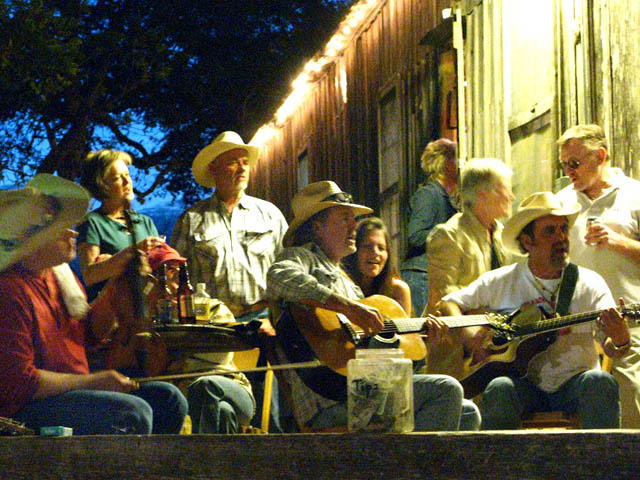 Almost a year to the date we were in Luckenbach last year with Jerry, we returned to boondock in the same field in April. Remembering the fun Jerry had romping in their field and hanging out at the bar was bittersweet, but the kind folks, cold beer and incredible music of Luckenbach helped to soothe our aching hearts just a little.

How comforting it was to see that some things stay the same. Musican/bartender Danny Terry was still there, and Tuesday night, master fiddler and guitar player Levi Darr and friends jammed at the pickin’ circle.

Poor Levi wasn’t so lucky that night. During a break he got served by the local sheriff for something, but without hesitation he returned to the pickin’ circle, looked at the audience with a cute smirk on his face, and lit the place on fire! Nothing like suffering to make creativity blossom. 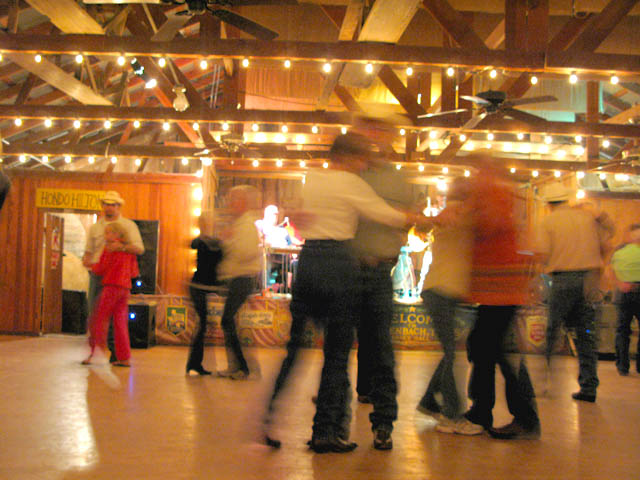 We had only planned to stay there four nights (despite the latest increase from $10 to $15 a night to camp in their field…ouch!), but Friday night after the big dance, those big Texas skies opened up. By Saturday morning, there were lightning shows, golfball sized hail, and three inches of water on the field surrounding our trailer.

Later that day, I got the truck stuck in wet, soggy mud while leaving to go shopping, and that’s when we realized we weren’t going anywhere for at least another day.

While there are far worse places to be stuck in, we were running out of waste water tank space, and after five days at the bar, the accumulation of smoke in our hair and our increasingly swollen beer bellies was getting old. 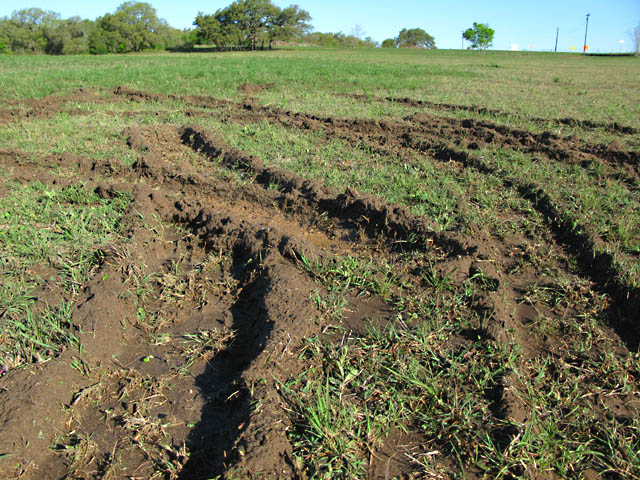 Thankfully, on Saturday afternoon, the sun came out and dried the field. On Sunday, Jim was able to carefully navigate the trailer back onto the road.

Another lesson learned in Texas: If the skies open up and you’re parked off pavement, move!

Here’s our YouTube playlist of the great talent we’ve caught at Luckenbach:

3 thoughts on “Mud and Music in Luckenbach, Texas”