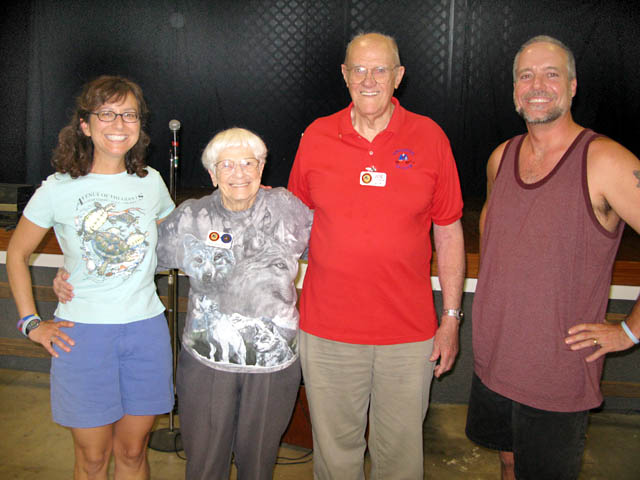 Visiting the Escapees park in Livingston when we joined the club was a worthwhile 250 mile detour from the Hill Country. Escapees has built a number of parks that anyone can stay at, in various points throughout the nation. Members get a generous discount on stays, activities and more.

The Livingston park feels less like a fulltimer retirement community and more like a college campus. Sure, most of the people are over 65, but they defy their ages. There are clubhouses and activity halls, and the calendar was so packed with activities every day, I couldn’t keep up. 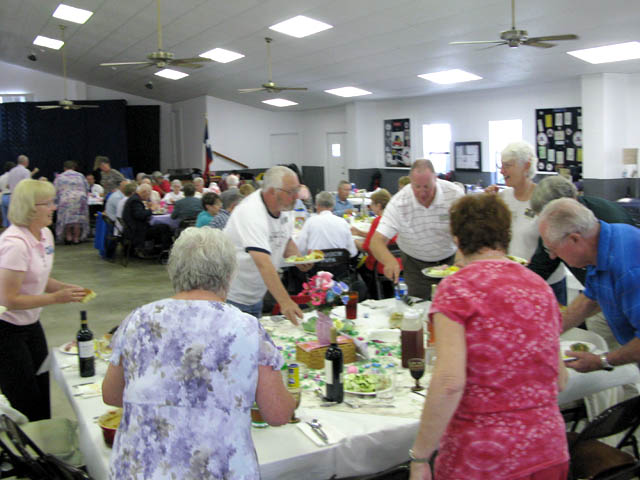 One day I went over to join a yoga class, snickering to myself that it was probably going to be chair-yoga or something like that, but nope, it turned out to be a pretty good workout that even left me a little sore the next day!

One of the highlights of our visit was attending their daily social hour. OK, so there were no cocktails (oops, we showed up with some!) and sure, the meeting started out with obituary announcements, but still, after that sad business was over with, we got to hear the founders of Escapees, Joe and Kay Peterson, give the weekly talk. Joe and Kay have been RVing since 1970, when they sold their stuff and hit the road in their early 40s!

Joe and Kay are a kick! I hope Jim and I are as active and happy as they are when we hit old-timer status. They’ve lived an amazing life, truly something to aspire to. And the group they created is truly a testament to how people with a common identity and purpose can create a tight-knit community that’s as close to utopia as possible. I wish more towns across America were like this.

9 thoughts on “Keeping Up with Escapees in Livingston”