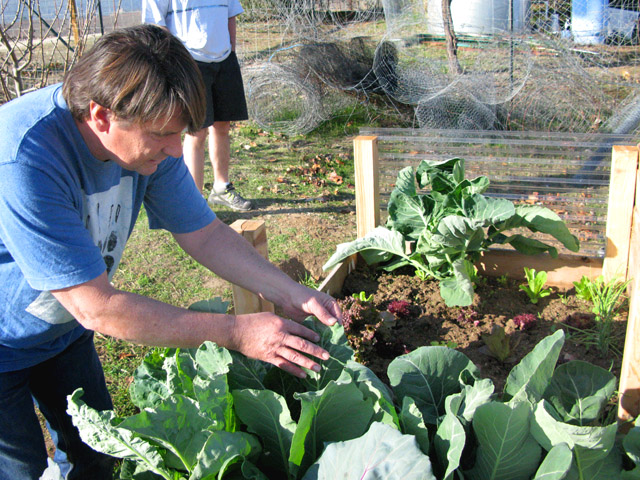 One of the great things about meeting people online is you tend to immediately share something in common. Friendships are started based on a shared interest, whether it’s dogs, RVing, or whatever.

We met Joel and Ross online in 2006, when Jerry was diagnosed with cancer. Their Great Dane Moose was on the same path, and throughout the next two years, we became friends. Joel and Ross sounded like such nice people, and gave us an open invitation to stop by and visit them in Paso Robles, near San Luis Obispo, CA. “Be careful what you ask for,” we warned them, and showed up after leaving L.A.

What a fun surprise it was to learn we had other things in common besides our heroic dogs. Joel and Ross live on five rural acres, in a solar-powered house, and even drive an electric car. They have many animals, and a great little garden too. Their compound resembles what Jim and I envision for ourselves someday. Here’s a clip of Joel giving a tour of his gopher-proof greenhouse: