Before we left Northern California, we wanted to take another gander at the rural Siskyou County town of Etna, in the beautiful Scott Valley, just west of Yreka.

Etna has always been one of our favorite spots. With the stunning Marble Mountains as a backdrop, this old ranching community is the gateway to some of the most spectacular, rugged scenery in the state. We’ve had many backpacking adventures in those mountains, and were never disappointed (well, except once when cows trampled our campsite, but that’s another story . . . ).

Since we hit the road, Etna has always stayed on my short list of possible places in which to buy land. And now, with a good basis on which to compare it to, we set out to take a closer look. 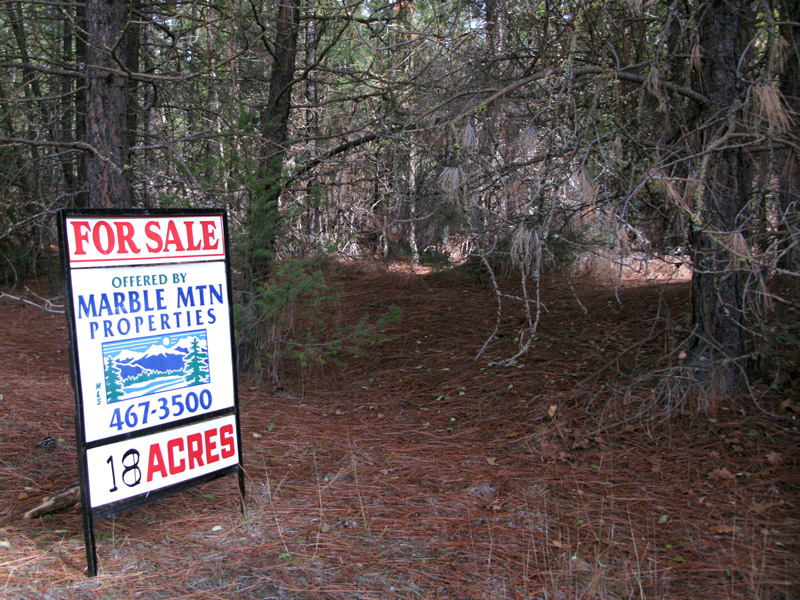 As we drove from Eureka to Etna, and still hadn’t arrived after reaching the four hour mark, we started thinking, “Wow, this is farther than we remembered.”

It took us a total of six hours to get there, and “there” wasn’t really anywhere. The biggest metropolis, Redding, (population 90k) is two hours away. Getting to paradise was an exhausting, grueling drive. Hmmm, guess I blocked that out.

Nothing had changed since we’d last visited. The old familar landmarks were still there. Bob’s. The ice cream shop. The brewery. But after taking a hard look around, we realized that the place seriously lacked any kind of ethnic or age diversity, and even a real economy. Not even the summer adventurers like us could infuse enough cash into that area to breathe life into it the rest of the year. What I once thought was quaint, now looked like a tired town going down the path of extinction.

After consulting with a local United Country agent (UC is the best resource for rural property sales) , we hit the backroads to check out some land parcels. But to our disappointment, anything we could afford was either so far off the beaten path that four wheel drive was needed year-round, or it was in one of a couple of tidy rural subdivisions with cookie cutter “rustic” homes. Once we measured our criteria against reality, we knew this wasn’t the place for us.

After just two days, we crossed Etna off our list. And because the rest of California isn’t anywhere I’d want to live, we crossed the entire Golden State off our list as well.

Just a few years ago, we could’ve moved to this little piece of paradise in a flash. We were so tired of Eureka. But our world was smaller then, and we were too stupid to know any better.

Funny how 18 months on the road can change your perspective on things.