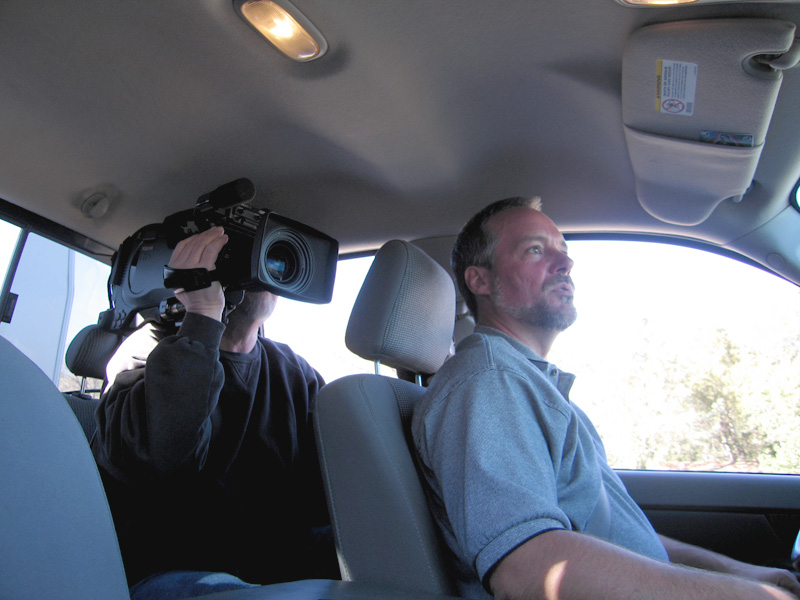 We’ve been trying to get this off our chests for about nine months now, but we weren’t allowed to say anything. It’s finally official … Jerry is gonna be a star!

Thanks to our three-legged soul mate, we’ll be featured in the upcoming premiere of NATURE’s WHY WE LOVE CATS AND DOGS airing nationally on PBS Sunday, February 15th at 8PM (check local listings) NATURE is produced by THIRTEEN in association with WNET.ORG for PBS.

The crew followed us around for a few days when we took Jerry to Santa Fe for his first visit the oncologist. They later sent a cameraman to the ranch to capture more quality time with the three of us. We have no idea how it all turned out. Only that we and other pet lovers were were asked – along with various animal behavior experts – what makes us love our animals so much? 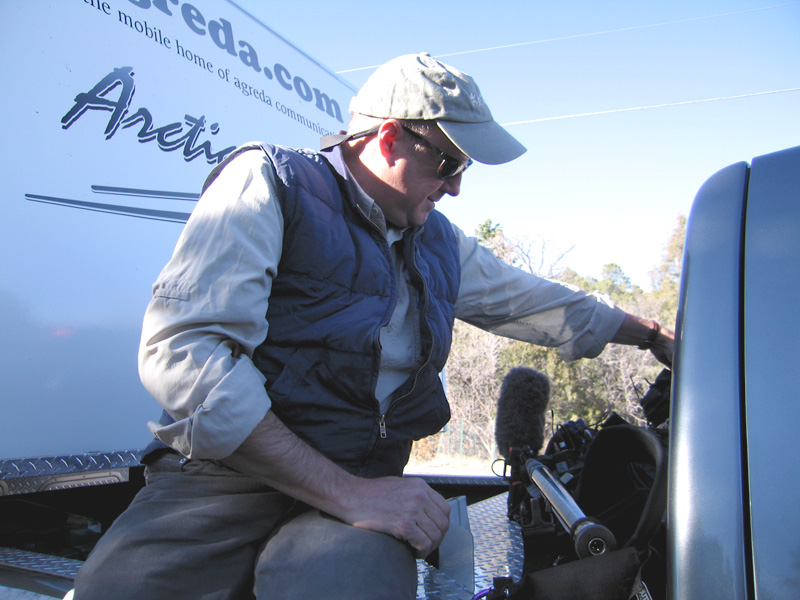 How exciting and surreal this has been … we owe it all to Luke at 2 Dogs 2000 Miles who told the NATURE producer about us. Puppy up my friend!

Stay tuned for more details. We just returned from the TV Critics Conference, for the program’s premiere. Knowing we live on the road, they offered to fly us to Los Angeles from wherever we were. Too bad we’re already there!