Every day, there’s a great chance that you and I will cross paths with new and interesting people who might have some kind of positive effect on our lives. But usually, we never meet them, because as busy working fools we’re just too busy or paranoid to make eye contact, and chat with strangers. 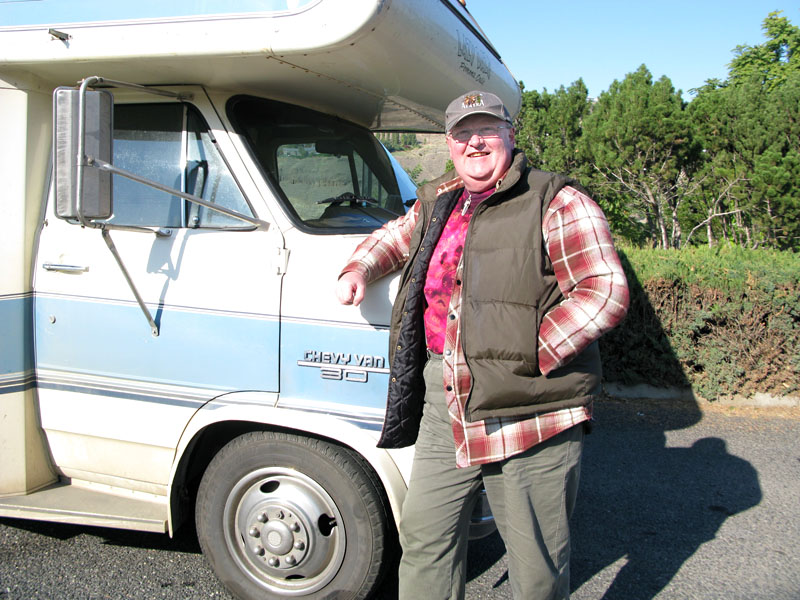 A couple of weeks ago, I made myself stop, take a deep breath, and get to know a fellow camper, after having a meltdown when our trailer brakes started acting up. Little did I know how therapeutic this little act would be.

We had just reached the bottom of a steep hill on our way out of Idaho, when the stench of brake smoke wafted from the truck, and squealy noises sounded from the trailer. Jim stayed calm, as usual, but I started flipping out, as I thought about spending more money on our rig. That snowballed into a freak out about money, living on the road with no real income, and our future in general. I jumped into a pool of fear, and was drowning.

We camped for the night at Hell’s Gate State Park in Lewiston Idaho. It was a nice enough place, but had so much shade that our dish couldn’t get online. Jim, annoyed with my negativity, went outside to work on the brakes. I sat inside, bored, wallowing in pity, drinking cheap wine and feeling sorry for myself. 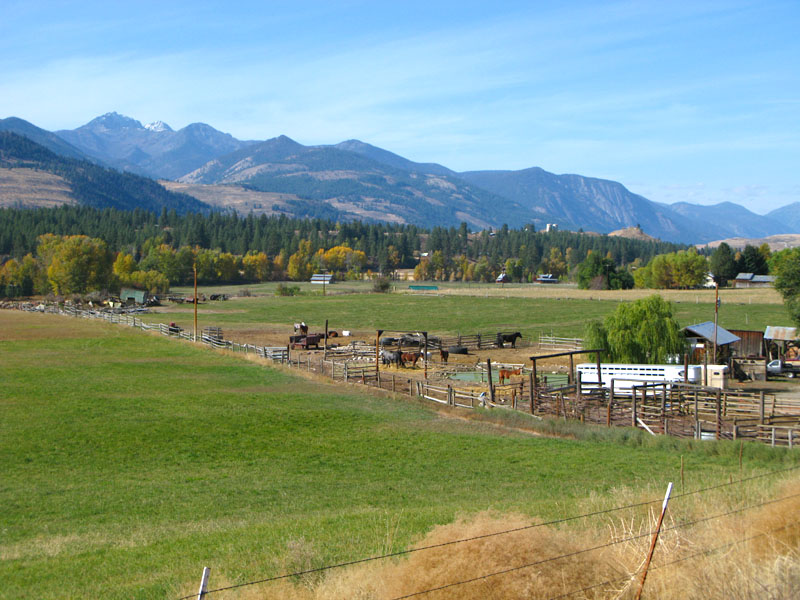 It was getting dark, when I heard Jim talking to a man with an accent. I looked outside. A cheerful, big teddy bear of a guy was at the picnic table, and I heard he and Jim discussing things like technology, Reiki therapy, and New Zealand. It intrigued me enough to end my pity party and go outside to introduce myself.

I had the pleasure of meeting Russell, who’s also on an extended sabbatical. Russel is from New Zealand, and began his solo road trip in August, after he quit his job, leased his house, bought an RV on eBay, and flew into L.A. to begin his trip. He’s exploring North America, honing his alternative therapy skills, and figuring out what he wants to do next in life. Russell also does card readings, not taro, but something called “Medicine Wheel” cards, based on the same Native American philosophy. We’re not big followers of this kind of stuff, but we’re always open to learning about it.

We chatted in front of the campfire, ate Hobo Pies, and were generally in awe of this Kiwi’s bravery for coming to America to take this trip on his own. Before I knew it, I’d forgotten all about our trailer brake predicament, and just focused on enjoying the time at hand.

As the full moon rose, Russell read our cards, and told us about images he saw when he focused on our energies: “Pictographs” and “Columns” he said. Then, he took out his cads, and the ones he pulled were surprisingly accurate in their assessments of our current and future direction in life. 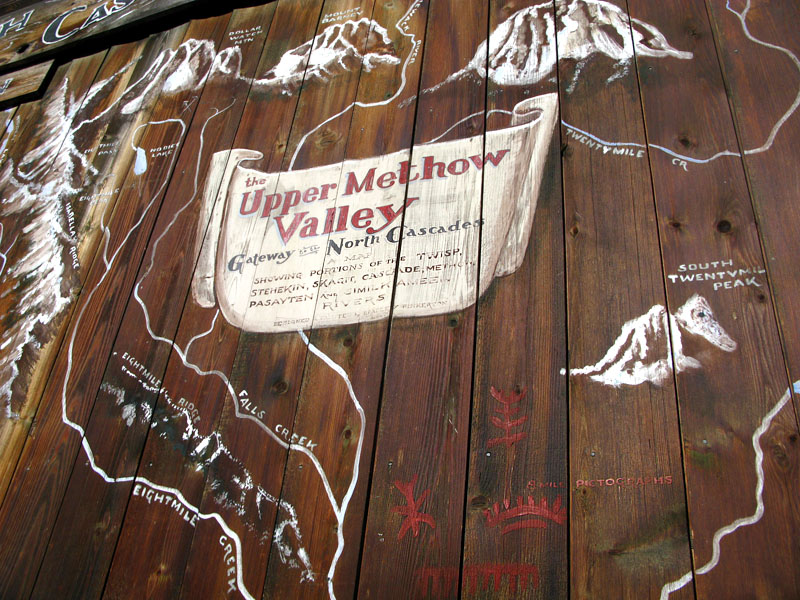 The next day, Russell went on his way to Glacier National Park, and we kept heading West to Washington. We landed in Twisp, a town in the Methow River Valley. I’ve always heard great things about this region, and have long considered it a place we might want to investigate more.

When we were out exploring the area, guess what we saw? Look closely in the bottom right corner. . . pictographs!

Maybe it was a sign. Maybe it was all a bunch of hooey. Either way, we have a little more to ponder, all because we slowed down enough to chat and get to know one cheerful, solo traveler from halfway around the world.

6 thoughts on “Slowing Down, Shutting Up, and Listening to Strangers”