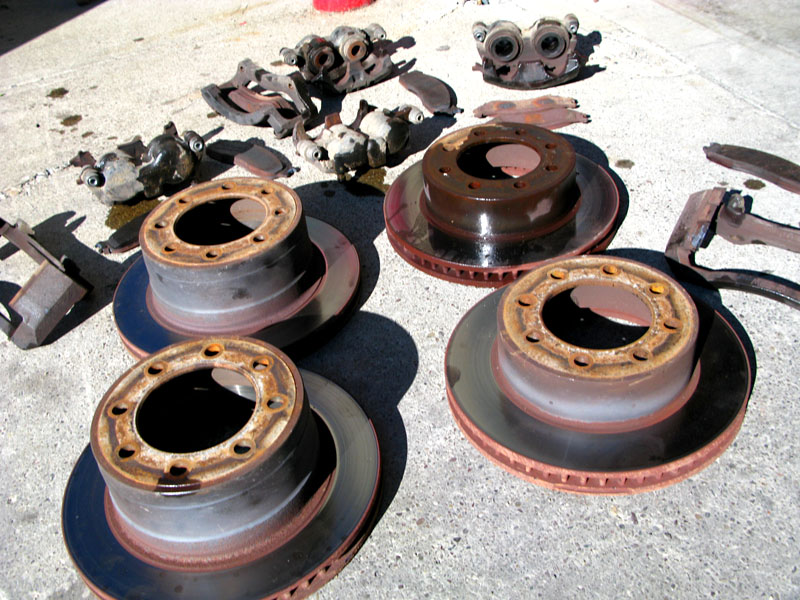 While sitting in the Dodge dealer today in Jackson, WY, as they did over $2k in repair work on our truck brakes, I realized that I’ve finally discovered a couple of real downsides to living the fulltime RVer lifestyle.

Fulltimer Downside #1: when you pull into a town with out-of-state plates, and tell the local auto shop that you’re having vehicle trouble, who do you trust? You gotta wonder; Is that service guy really drooling? Are those actual dollar signs in his eyes?

From Florida to Wyoming, three different shops have looked at our truck, to find out the cause of a loud, chirping sound coming from the wheels. One wanted to charge us $700 for what they claim was the real problem (we said “no way.”). We paid another shop $75 to determine we had dirty brakes.

But the sound keeps getting louder, and we have some steep mountain passes to tackle on the way to the Pacific Coast. So today, we took it to a third shop.

The problem, Shop #3 said, is that our entire brake system is blown to hell. We are left wondering: why didn’t the other shops see this? The service guy said that’s because they didn’t tear the break system apart to investigate. We have to go on faith that he’s not a scheister. Jim saw our parts lying on the floor, next to good ones from another truck, and verified that ours looked blown. The caliper seals were all indeed shot. And the rotors had a deep blue tinge to them – discoloration indicating they had been cooked pretty hard.

So what would you do, dear reader? Take your vehicle to another no-name shop in town, and pay another $60 estimate fee? Or run away, hoping the dealer was lying while praying for the best on those seven percent downhill grades?

I grew up with a Dad who knows trucks inside out, so relying on mechanics is especially traumatic for me. But I’m trying to look at the bright side; the average cost of ownership for our truck is $3200 a year according to Edmunds.com, and so far we are just over it. at $3700. Considering that we drive it so hard, we’re not doing so bad. Still, having this work done all at once is going to hit our budget hard, and it makes me nauseaus.

Doctors, mechanics, they’re all kinda the same, right? They supposedly know more than we do, but who do you trust when it’s time to look under your hood or up your ass?

We are also here in Jackson because over the last few days, it’s been clear that our dog Jerry is getting close to the end of his long battle with osteosarcoma, and we wanted to research vets, in case we need to quickly relieve any suffering he might be experiencing. It’s hard enough to make that awful euthanasia decision, but if you happen to find a jerky vet who doesn’t have the level of compassion that you need, well, that could scar you for life.

We think we found a good one, who we are meeting with tomorrow, before we have to make that decision. Hopefully Jerry will continue his recent rebound from the funk he’s been in, and we won’t need to take that step.

The Ties that Bind

We’ve run into this situation over and over again, and a part of me is yearning for those community ties that you establish when you settle in one place. When relocating somewhere permanently, you only have to suffer the insecurities of being the new kid in town for a little while. Pretty soon, you are that person that strangers will come to trust.

But when you’re always new, and you look to strangers for help, those new kid insecurities will never go away. Can I continue to live with this? I just don’t know. 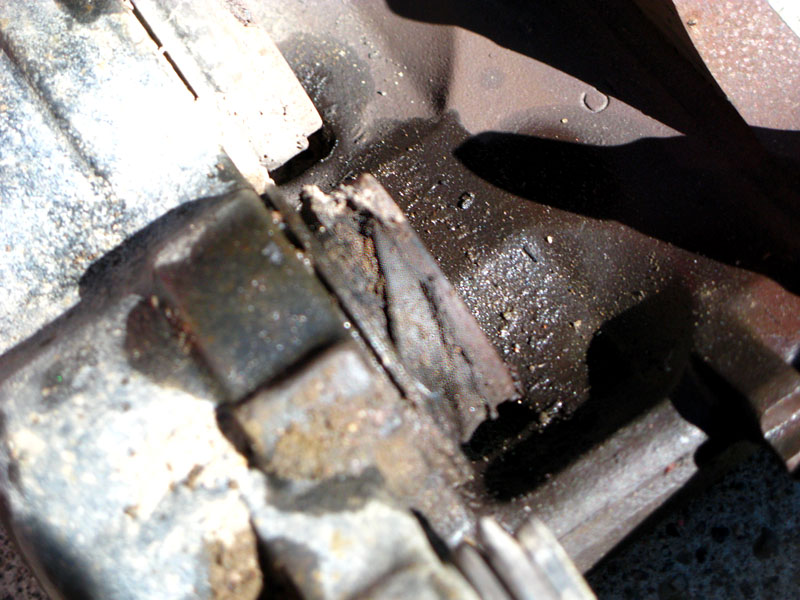 Today, when the service manager announced that our truck was done, we started getting ready to leave. As we were walking out the door, his phone rang. “Yeah, it was a really good day,” we overheard him say. “I sold two big jobs.”

We plan on staying at Grand Teton National Park, just outside of Jackson, for about a week while chasing buffalo and driving the hell out of the truck, to make sure that chirping sound is really gone.

Will being here for almost a week qualify us locals? If so, then at $18 a night, at least we’ll have the cheapest rent in town.

Meanwhile, once again, I gotta go on faith that we weren’t scheistered.