We can’t over emphasize how fortunate we feel to have hooked up with the Vickers family here in Lake City. The work is hard, but their generosity and kindness more than makes up for even the longest days here on the ranch. 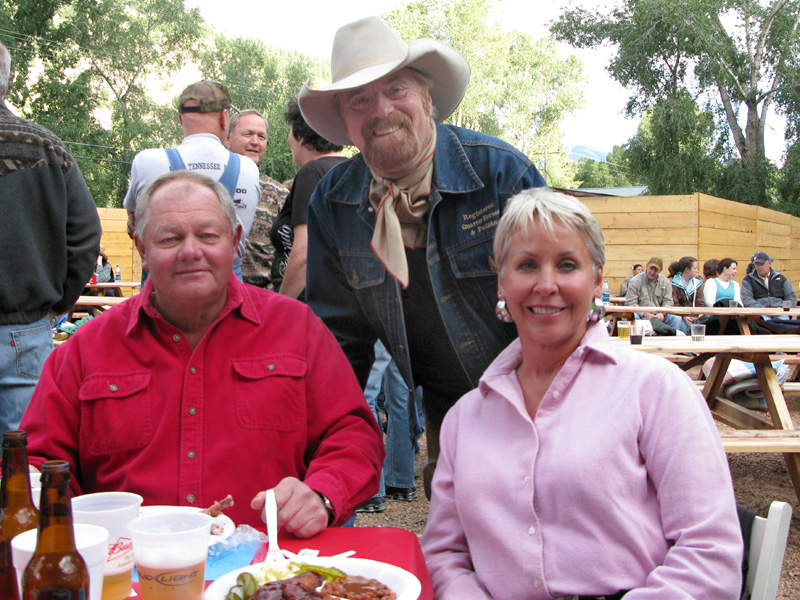 Recently, Larry and Paulette Vickers took us all to the “The Lone Cowboy Concert,” a BBQ dinner and show with cowboy poet and singer Michael Martin Murphey.

Well, if you’re not into cowboy music, you might not know who this legend is. But if you’re old enough to remember the classic ’70s hit “Wildfire,” then your ears have been graced by his music.

If you’re not of a certain age, then do yourself a favor and get to know him. He is incredibly talented and puts on an entertaining, intimate show. Here’s just a sample of Murphey’s heartland cowboy songs …

Read on to check out the video of his amazing opening act, and see what Jim had to say Michael. 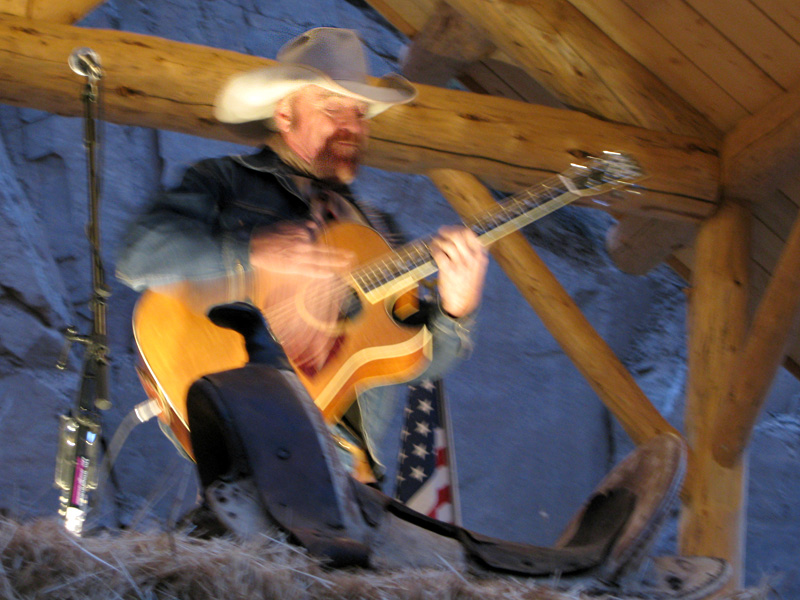 Murphey is a writer, actor, and promoter for American Cowboy Music and western folklore. He knows these parts of Colorado well, and when he came on stage, he told stories about how much he admires the Vickers family for being one of the earliest settlers here.

He’s especially fond of ol’ Perk Vickers, the 94 year-old patriarch of the family, who was sitting right there with us. Perk, says Murphey, is one true cowboy, a hero to Murphey (and us). What an honor to be sitting with these guys!

Murphey’s opening act, Pony Express, is one band to keep an eye on. This band of siblings aren’t even out of high school yet, and they are playing music with talent and skill well beyond their years. Singer and songwriter Carin Mari is just 16 years old, and that’s her younger brother on bass guitar. Watch – and listen – for this family act, we’re all sure to be hearing more from them. 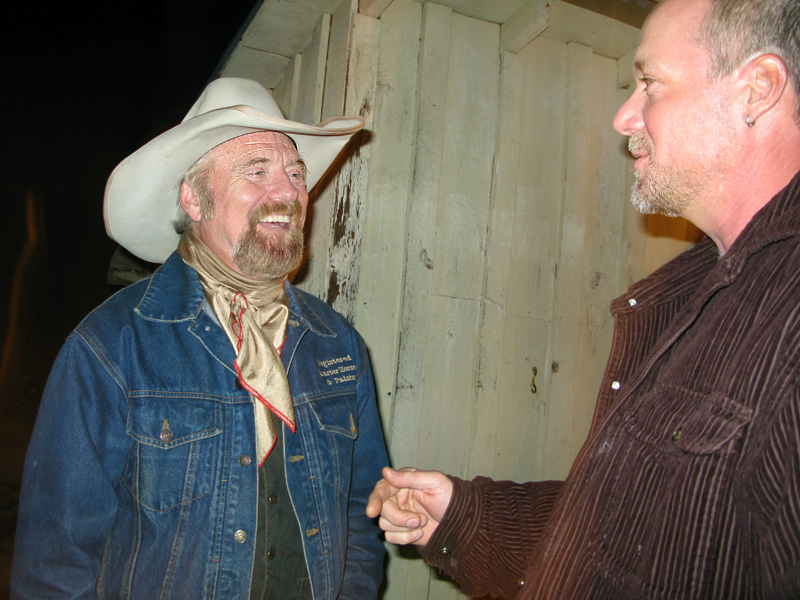 One great thing about small venues like Sportsman’s BBQ Station, is that it’s easy to meet the entertainment. When it was time to leave, Jim was lingering about. He insisted he had something to share with Mr. Murphey.

After a short wait behind those getting his CDs autographed, Jim met Michael and shared this childhood memory with him …

“When I was in about fifth grade, the teacher had a pop quiz. He asked us if we could change the national anthem, what song would we choose. I answered yes, and my national song would be Wildfire. I remember being embarrassed when the teacher laughed. I suppose we were supposed to say America the Beautiful, or some other patriotic tune. But I just chose my favorite song.”

Well, Jim just dated himself there. But Michael did have a good laugh. He even held up the autograph line a bit longer to have Jim repeat the story for his wife. A good time was had by all under the stars for this Lone Cowboy Concert.

2 thoughts on “Catching the Lone Cowboy in Lake City”