One more word about New Mexico: The food was pretty darn bueno. I guess that’s six words, but even the white people fare there was worth mention. From the tortilla burger and mystery spices and the Frontier’s cinnamon rolls to Hodges breakfast buffet and Bellaluca, we never had a bad dining experience. 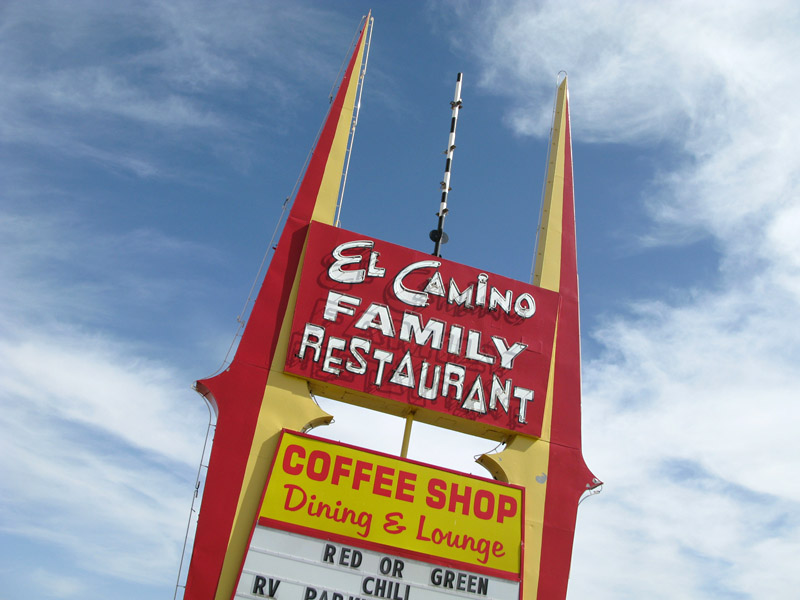 We rarely do, but I’m picky. And I picked El Camino resturant in Socorro for our last meal on the road when we left our workamping job at Riverbend in Truth or Consequences. René might have verbally suggested it, but I wanted to go there since we passed their cool sign on the way to the Very Large Array.

I like sitting at the counter. And the one at El Camino was classic. A good view of the kitchen, fast service and hot coffee. All good. 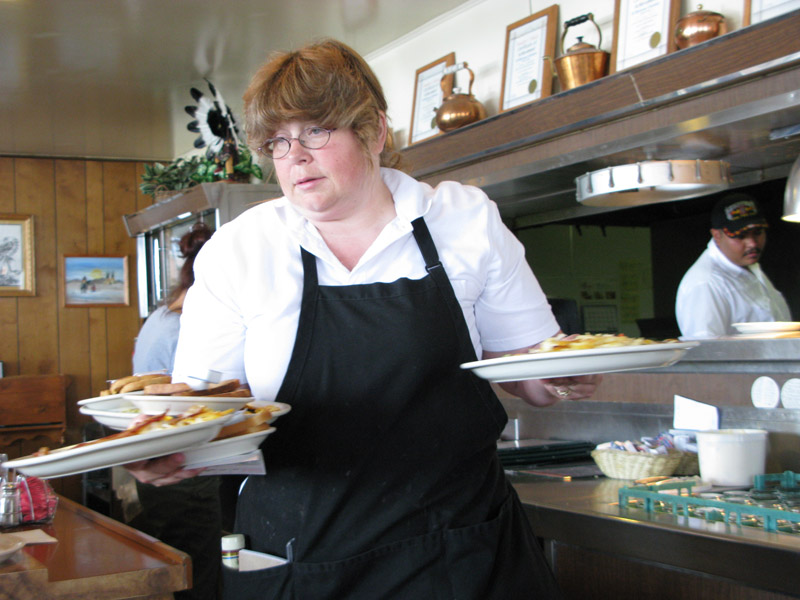 With great looking New Mexican breakfasts and big burrito plates to chose from, I opted for corn beef hash. Something steered me away from biscuits and gravy. So I got a biscuit instead of toast, with a side of gravy.

The gravy came on the biscuit. This was a good thing considering that particular biscuit was rath hocky puckish. I was totally glad I steered the right way. My hash was awesome. Flavorful with just enough crispy bits.

As usual, René opted for the Huevos Rancheros. As usual the spicing was awesome. Gotta love that smoky southwest kick. Especially when breakfast is to last you all day. 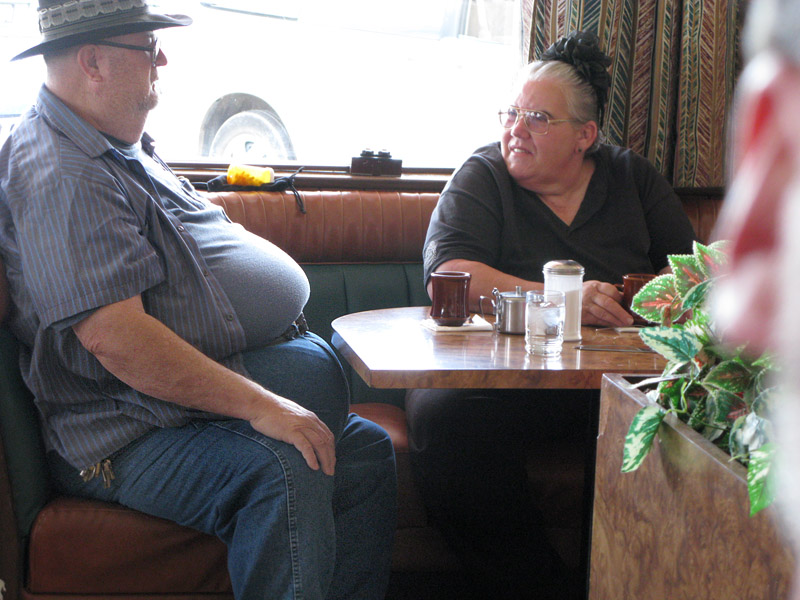 And judging by some of the patrons, it’s good enough to go back and love again, and again.

At El Camino Family restaurant, you can fill up on great food in a great atmosphere with great service at a great price.

And did I mention they have a great sign?

UPDATE: Wow, that was so long ago! Hash and biscuits? What was I thinking? We have since been back a number of times. Get the breakfast burrito, huevos, or smothered enchiladas—anything with chile, green or red. El Camino does not disappoint, and the coffee is still good coffee shop coffee.