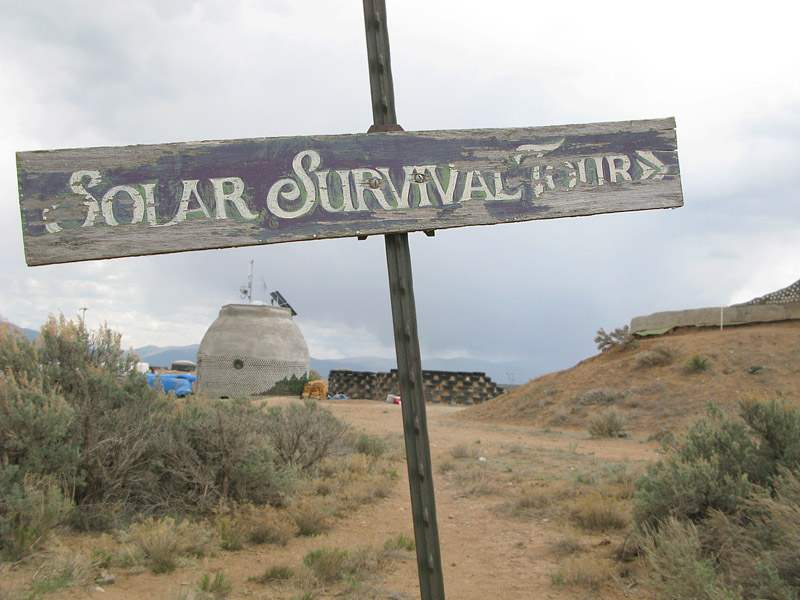 This journey isn’t only about choosing where to live, but how to live. Like how to use sustainable, eco friendly building construction methods that we can incorporate into our future stick home. From straw bale to earthships, there are countless, affordable options to live a less impactful life. All it takes is a little research, and a lot of elbow grease.

Before leaving New Mexico, we toured the world-renowned Earthship Institute, just outside of Taos. Earthships are built out of recycled materials like tires, and aluminum cans, and are designed to be completely off-grid. They’re a lot of work to build, but as you can see, the results are spectacular. We definitely see one in our future.

13 thoughts on “Living Lightly in an Earthship Home”