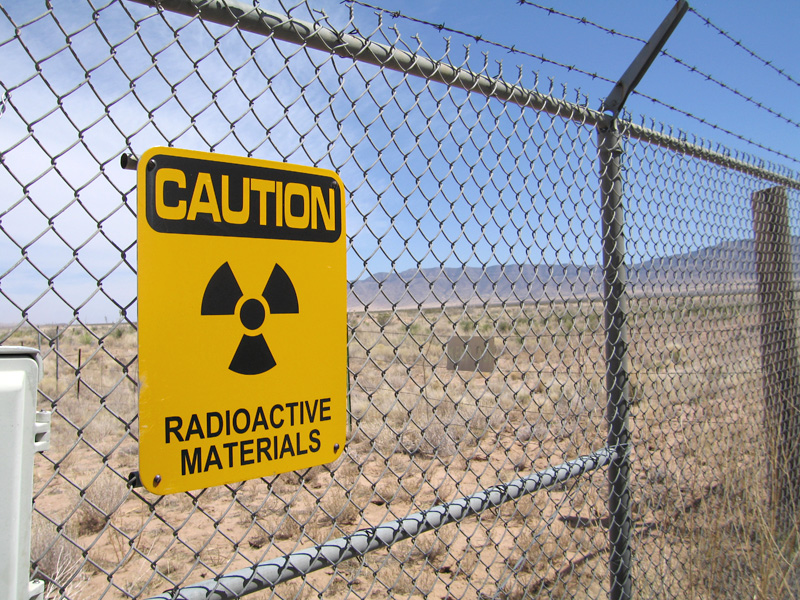 When you think of New Mexico, what do you envision? Scorching desert landscapes? Native American pueblos? I did. But since arriving here in March, we’ve learned that this dry, arid place is also a haven for technology geeks from around the world. From observatories, to military technology development, to the world’s first private space port, New Mexico offers something for the geek in all of us.

April is a perfect month for technology buffs to visit. For one day only, propeller heads can walk amongst the low-level radioactive earth on the Trinity Test Site (home of the world’s first atomic bomb test). 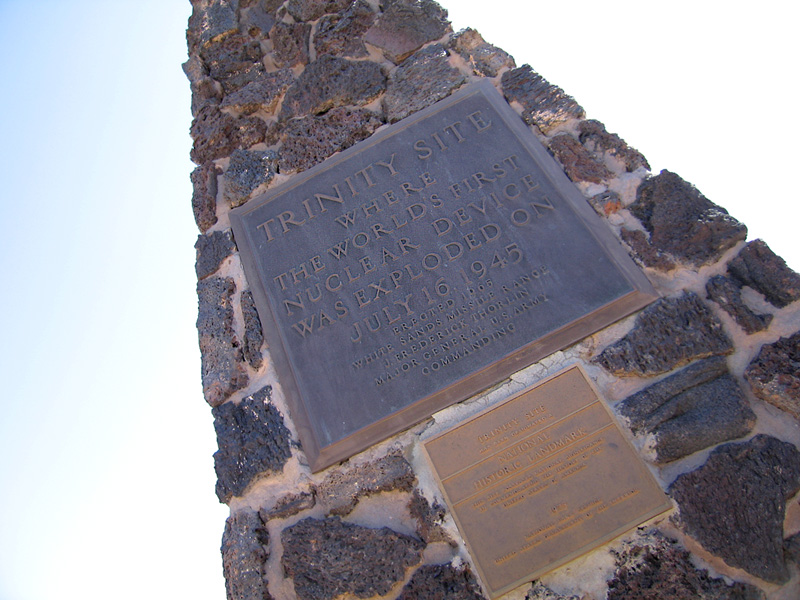 Every living thing on earth has been affected by the world’s first nuclear explosion, which took place on July 16, 1945. On that day, a 19 kiloton nuclear explosion occurred, which pushed humanity into the atomic age. Located on the White Sands Missile Range, this 51,500 acre area is off-limits to the public for all but two days each year, in April and October, when about 2,000 people visit this national landmark.

On those two days, atomic tourists can set foot on ground zero and learn about the event though interpretive displays and live demos. There’s even a Fat Man bomb casing display to capture your Kodak moment.

As we walked onto the grounds, our biggest misconception about the area was shattered; when the bomb went off the ground didn’t melt and turn to glass. Rather, when the bomb exploded, the sand below was drawn up into the heat of the fireball, and then it rained down to earth in a liquid form. The liquid solidified into tiny bits and turned into chunks of a glassy green, rocky substance later called “trinitite.” 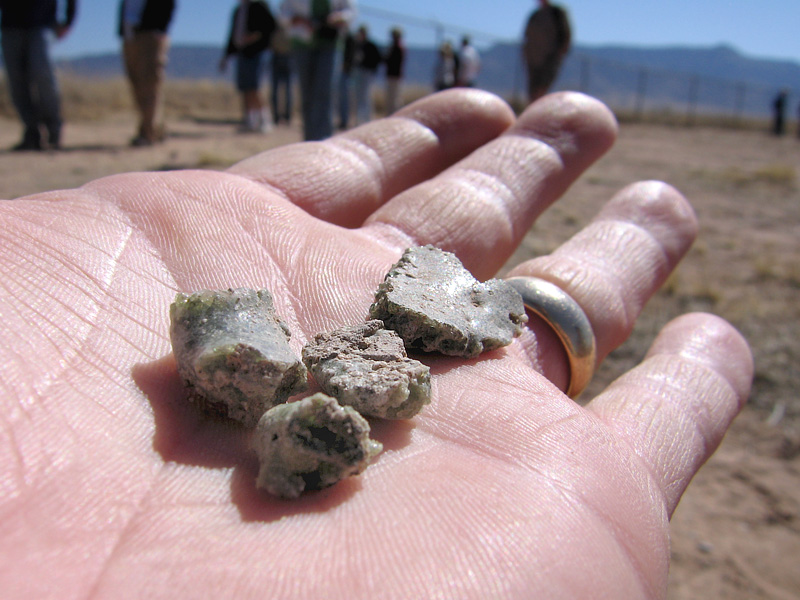 Trinitite still remains all over the ground, and although it’s slightly radioactive, experts claim it’s safe to handle for limited amounts of time. Did it pick it up? You betcha! It was too tempting, especially after reading that I get more radiation exposure from flying cross-country than I would after spending an hour at the test site. As a demo guy showed, even bananas emit some radiation!

Another misconception that we had was that the ground would be devoid of any plant life. Not so. There were signs of small scrubby plant life everywhere, right at ground zero. Who knew?

Do We Really Need a Reminder?
It’s hard to say why so many people from so many different walks of life come here. There’s really not much to see, other than the displays, and a stone monument which designates the spot. And who wants to be reminded of the destruction that the bomb is capable of doing? But then again, maybe that’s the greatest reason of all to go there. To be reminded, so that we can all act to ensure that humanity is never again threatened by the cataclysmic capabilities of the atom bomb. 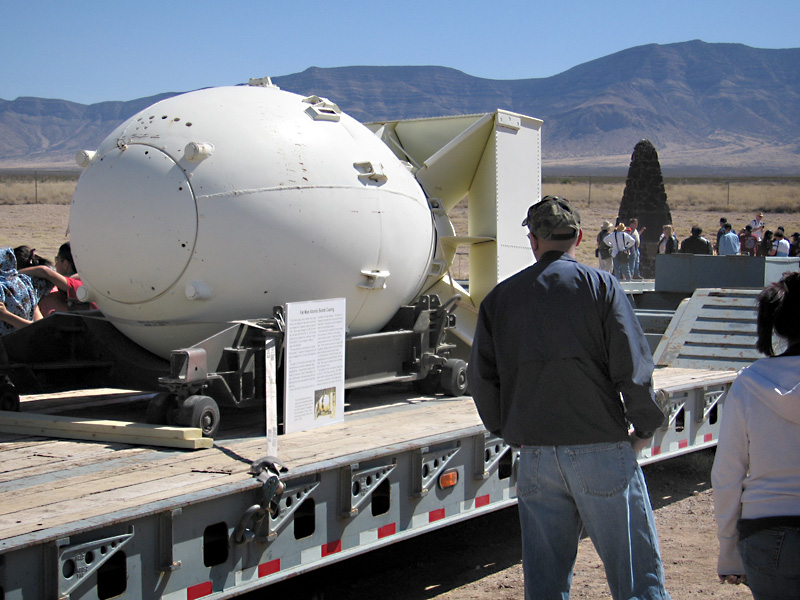 8 thoughts on “Walk Among The Ghosts of the Nuclear Age”