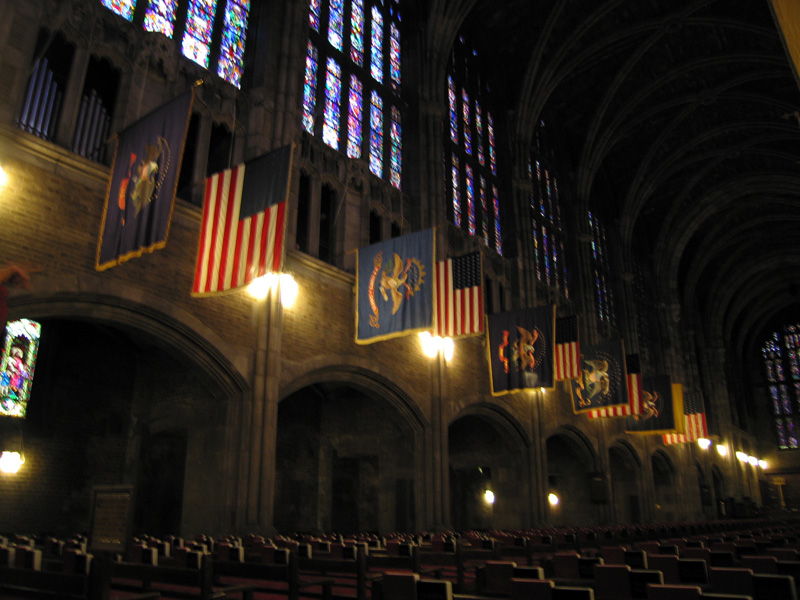 It was nineteen seventy something or other when I remember driving right onto the West Point campus and climbing on the rocks while my father enjoyed mother’s famous Swiss Miss and bourbon “Cappucino” from a Thermos while waiting for the Black Knights to sink Navy, or beat Colgate. (Real men fight wars not cavities!) We would walk the parade grounds, run freely around all the statues, or check out the huge links of the Great Chain used to keep the British Navy from sailing up the Hudson.

Dad’s alumni ring probably helped us gain backstage campus access back then, but he’d probably need a lot more than that now to go anywhere other than on the guided bus tour. If he were alive, that is. But he’s not, so I had just had to return to West Point and check on another memory from my Right Coast childhood. But thanks to security initiatives put in place since 9/11, the public is no longer given free range among the cadets and pleebs.

It was actually Rene’s idea to visit West Point. And it was a great idea I never rightfully thanked her for. I did enjoy it, but we could have passed on the guided tour had I known it would just rush us through campus for a quick view of the grounds from a tinted bus window. Granted, our guide was hurrying to get us to the parade grounds in time for lunch formation. And it was cool to see the Long Gray Line

stand tall and wait for their grub. But having seen things up close and personal as a youngster, I would have much rather spent some time in the Chapel.

Each of the stained glass windows were donated by a graduating class. And there is a map indicating which window is from which class. But we were ushered through too fast on one of the two times we were allowed off the bus. I was not allowed time to track down the window from the class of 1946. Later, while running back to the bus from the Parade Grounds, I noticed a similar tradition with plaques from graduating classes at the base of many gifted trees. Alas, I did not come across any my dad might have helped to plant. Not that I would have been given time – or even allowed – to photograph it.

No videos may be recorded while on the West Point campus, by the way. If caught, your camera can be confiscated. Visitors are allowed without an escort, however, at the Visitor’s Center where one can buy Nike branded baggy basketball shorts. The West Point Museum, is also open to the public. But it does not include any sort of comprehensive interactive display with class photos dating back in time. But why would it?

The museum offers no recognition for any war since Vietnam, though it has a display for each and every prior conflict. Admittedly, a guy can really get his fix for all things war with the intense collection of weaponry large and small. From stone daggers to Fat Man, there are guns of all sizes to make any man grunt at least once. But René is on to something with her description of the place as a gratuitous glamorization of war, death, and destruction.

With that being said, I must admit I was a bit surprised at the whole lack of respect for our current military situation. Nowhere at West Point – or at least where civilians might see it – is there any sort of tribute to USMA Alumni currently in the line of duty. No permanent guard standing attention. No flame. No plaque. But then that would be acknowledging the current state of affairs. And Operation Desert Storm wasn’t even acknowledged as an American war. 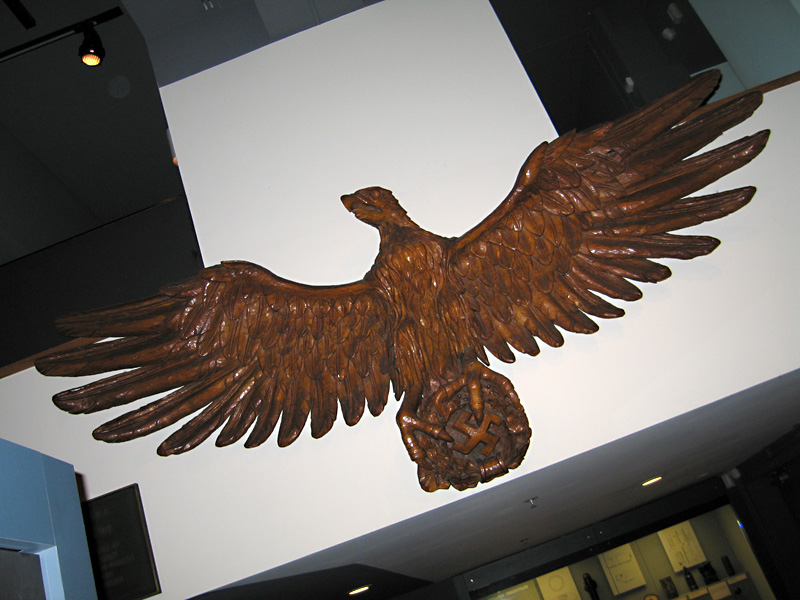 But there are plenty of captured enemy weapons, uniforms taken off prisoners of war (or worse) and a giant carved wooden eagle confiscated from the Nazis! Nevertheless, it was was good to see West Point once again, and without the wide blinded eyes of childhood wonder.

I only wish I got to walk along Trophy Point and play on the Great Chain, or spin the spurs of General Sedgewick for luck.

Legend holds that if a cadet is failing, the cadet should go to the monument at midnight the night before the term-end examination, in full dress, under arms, and spin the rowels on the monument’s spurs. Our guide told us of a cadet who did just that, and there were fifty others already in line to do the same. She passed her test.