When we left Burlington, VT knowing we would have to come back through the state after visiting Bar Harbor, we specifically chose a route that would allow me to fish the Battenkill. Having heard this was a world-class fly fishing river, and having not done nearly enough fishing on this trip, our destination was decided for us when we saw the ad for Camping on the Battenkill in our Woodall’s Campground Directory. 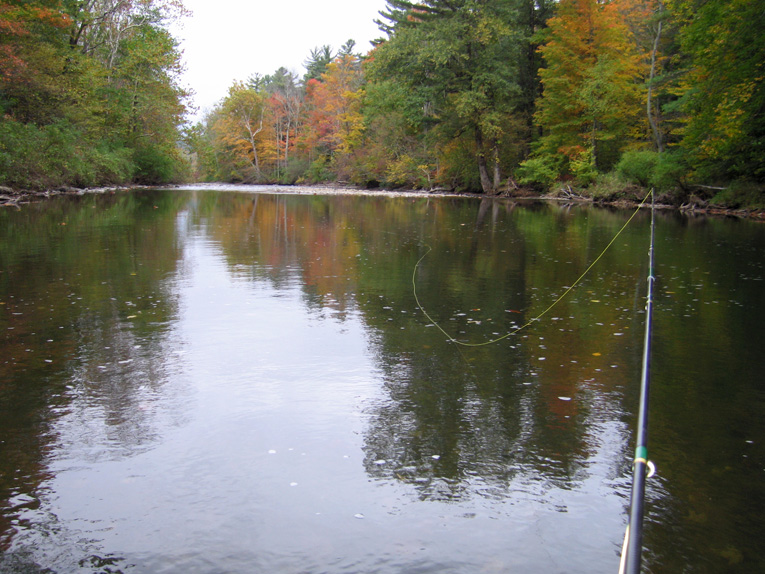 After spending almost $50 on a three-day license, some tippet and a few flies. I set out the next morning to give dad’s old fly rod a work out. After just a few casts of the recommended nymph down a deep riffle right by the campground, I hooked a nice Brook Trout. And that was it.

After another hour or so of stumbling up and down the slippery river bed covered with rock snot, I caught no more fish. I did, however, manage to catch a few of the pieces that fell from my reel after it exploded in my hands. OK, more like it just fell apart. Maybe it was just my initial explosive reaction talking there. But like my answer to René when she asked if it was a bad fishing day … there is no such thing as a bad day of fishing.

I switched to dry flies using my other reel set up with floating line and continued my efforts. But after being taunted for over an hour by lunkers that spooked easily on a deeper run downstream, I yearned to try the nymphs again. I wanted a new reel. 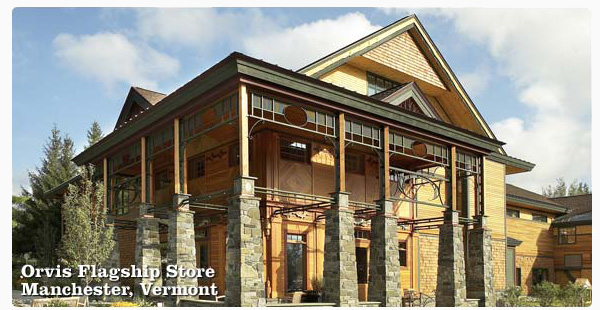 Lucky for us, this just happened to happen to me while we were just down the road from Manchester, VT – home of the flagship Orvis retail store and rod factory. And wouldn’t you know it, they were having a huge Columbus Day tent sale! I took the pieces of my Scientific Angler fly reel to see if they might do repairs, knowing quite well by the looks of it that it had seen its last cast. The Orvis staff was very helpful and informed me that they only repair Orvis reels, and that such repairs could take a few days anyway. Off to the reel display I went, preparing for the sticker shock.

As much as I would have loved to spend $300 or more on a personalized aerospace grade aluminum disc drag fly reel, I was happy enough to find an Orvis Clearwater Fly Reel

of comparable quality to the one I had just retired for only $39! And I even received 10% off since there were no more in stock and I got the display model. What a deal, especially considering that I might have paid twice that for a reel without a warranty at the tent sale.

While the clerk wound the line from my old reel onto the new one, I wandered around the store drooling on everything in sight. I fed the huge trout swimming about their indoor pond and dreamed of catching their fat cousins with my new gear. Fat chance.

I’m starting to think this cross country road trip has a one-fish bag limit for any extracurricular angling excursion. I did catch one nice brown trout in the Colorado River. And I caught one good-sized land-locked salmon on the famous Roach River in Kokadjo, Maine. After having caught my one trout on the Battenkill, I should have quit while I was ahead. Perhaps next time I will save the money and just opt for a one-day license.