Enough with all the calamities that got us here for now, more on that later. After recovering from our Alcan roadside emergency and ensuing leaf spring repair in the Yukon, I am happy to report that we have made it to Alaska! Check our RVing to Alaska map, to see our rather roundabout route. 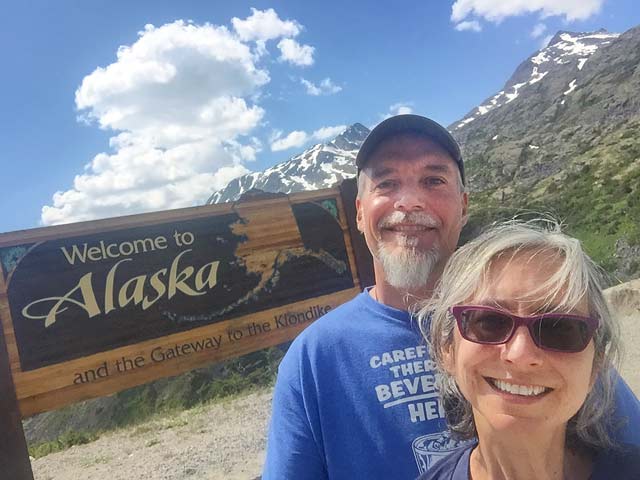 Happy to reach the Alaskan border.

Along the last stretch of our journey from Whitehorse to the Alaska border we have enjoyed some of the most breathtaking scenery we have seen in more than eleven years on the road. We keep saying, “I didn’t think there was any place more beautiful than Colorado…” Well, I think we’ve found it.

Carcross, Yukon is a cute little town filled with some serious Yukon history. Albeit a bit touristy–with buses dropping off a steady stream of shoppers for the various small shops–it feels authentic, with local artisans creating jewelry, bone handled knives, and various other crafts. 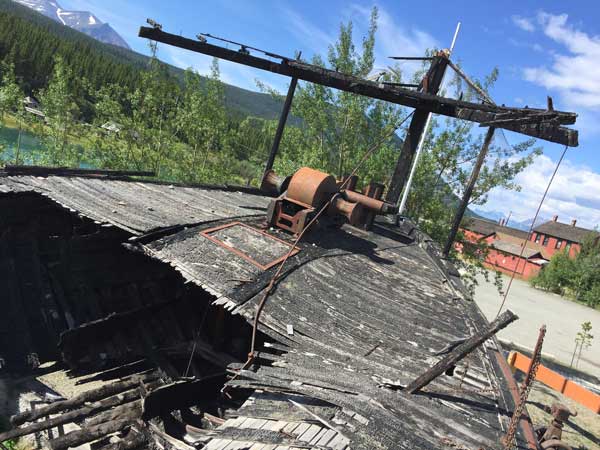 The Carcoss Cultural Center has informative exhibits about those hardy souls who endured the Chilkoot Trail on their way to trade furs or find their fortune. 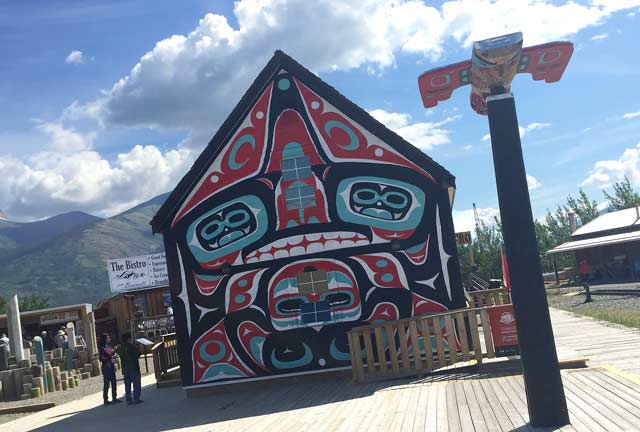 Guessing that the drive from Carcross, Yukon to Alaska would only get more amazing, I set up the old GoPro camera for another time lapse tour from the dashboard. My guess was correct…

I later realized that the short clip created on our iPhone, selected many of the same scenes for this Memories movie–with a better panorama from the pullout where we stopped for the obligatory border selfie…

Which video do you prefer? Should we bother taking the time to create custom videos any more, sigh…or just give in to the iOS making our Memories for us?

Joining the Tourists in Skagway, Alaska

Once we arrived in Skagway, we discovered where all those tour buses were coming from–it is a quaint little town, flocked by thousands of tourists departing daily from the multiple cruise ships that dock there each day. They wander the downtown streets, eating up their kettle corn, along with any available mobile bandwidth. 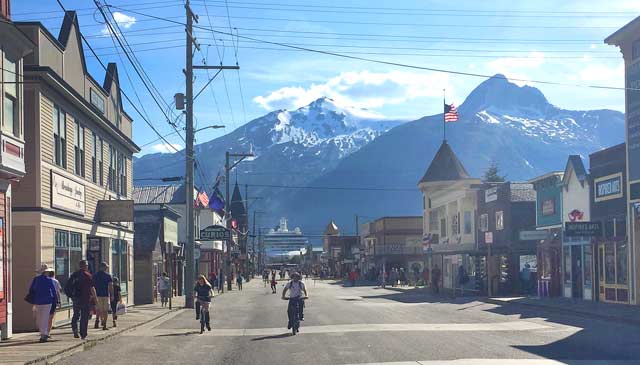 They shop for the same mass-produced crap found in any port town that depends upon tourism. Then they hop on the historic White Pass and Yukon Route scenic railway or a tour bus to see what they can on their tight schedule. 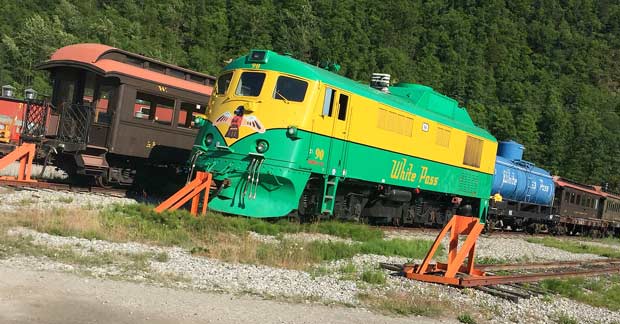 We were happy to find some local flavor and stores offering authentic fare and handcrafted Alaskan wares at the end of Main street. We got our fresh halibut fish and chips (which is much better than the beer) at the Skagway Brewing Company. And I found some of the best gin I’ve ever tasted at the Skagway Spirits Distillery, far off the strip. 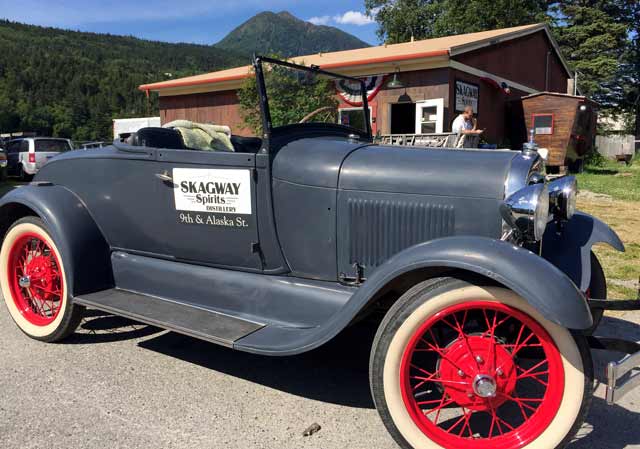 Once back on their boats, the internet speeds back up each evening, and it starts all over again the next morning. Arriving on the Fourth of July, we had a sweet free boondocking spot a short bike ride from town that we read was used for overflow parking when the RV parks were full. Sweet that is, until we were kicked out by the police the next day.

We moved to an expensive spot on the waterfront–with only water and electric–and a front row seat for the arriving and departing ships. Playing tourist for a couple days was fun, and we might as well have taken the time off since getting online was a challenge with the Verizon network over-saturated, and a mountain blocking our satellite internet signal. But more on that later too, I promise.

For now, enjoy this quick tour of our time in Skagway, and subscribe for updates or stay tuned for more photos and videos from our Great Alaska RV Adventure.

5 Responses to “Greetings from Alaska!”