The “Bust” part seems to be more appropriate now…and from the looks of things at our new boondocking spot behind Tamarack Welding, we are not alone in having a busted trailer suspension, thanks to the Alcan Highway and its constant sate of repair–or disrepair rather.

Can’t wait for the whole story? Scroll down for the video! 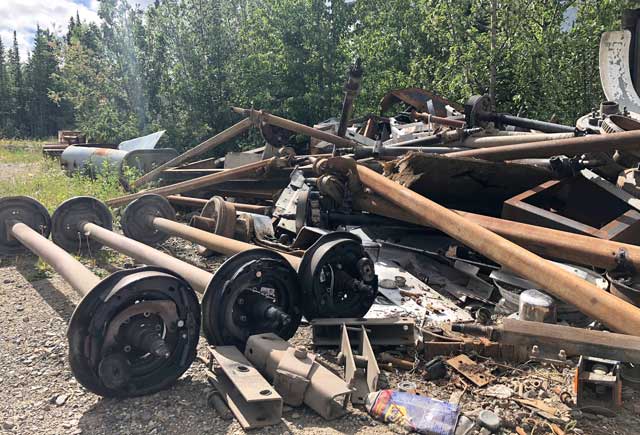 RV axles eaten by the Alcan.

But how did we get here? Where to begin? As I write this, over the past 48 hours, we have endured the most traumatic experience of our entire eleven plus years on the road. And quite honestly, I am grateful to be here, able to write this at all, from the comfort of my home which remains relatively intact. Suffice it to say, this journey has lived up to that original Alaska or Bust motto, coined by those Detroit 59ers who were the first of countless adventurers–or fools–to endure flat tires, breakdowns, bad weather and various other assorted mishaps.

How The Alcan Ate Our Trailer.

“I heard that.” Recognizing the alarm from our TPMS, I immediately started to pull over, which was a harrowing task on its own considering the very slim steep gravel shoulder on the narrow stretch of Highway 1 we were driving north of Destruction Bay–which clearly lives up to its name. 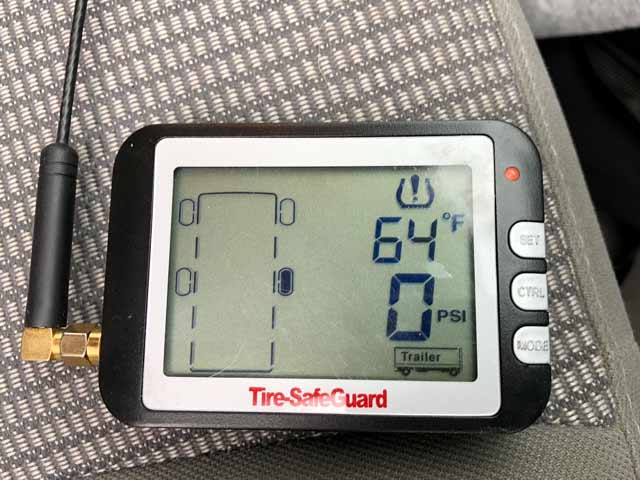 If it wasn’t for our Tire-SafeGuard TPMS quickly alerting us to the sudden loss in tire pressure, we would likely be dealing with much more destruction right now…if we were here at all.

There’s a reason they call it Destruction Bay, our tow truck driver would later say. “That’s where the destruction begins.” 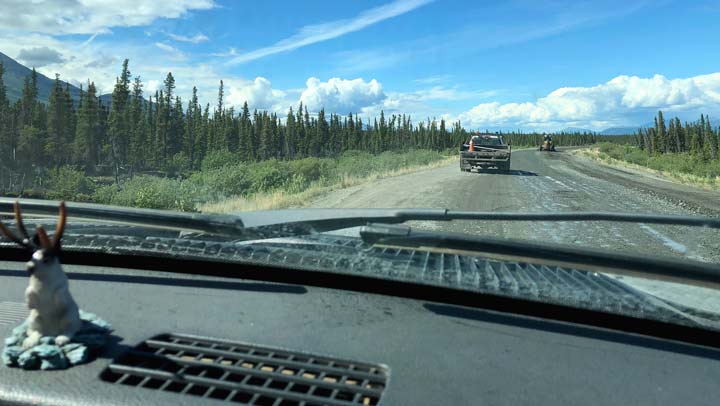 I had heard horror stories about traveling the Alaska Highway, but I was confident we would survive the journey after taking many precautions. Bad weather I can handle. And I was prepared for flat tires. In fact, once safely parked on the side of the road I got out of the truck, took a look around at the beautiful scenery, proceeded to remove our spare and jack up the trailer with a smile on my face. Oh, how I’ll have a good story to tell now, I thought…little did I know the extent of this story. 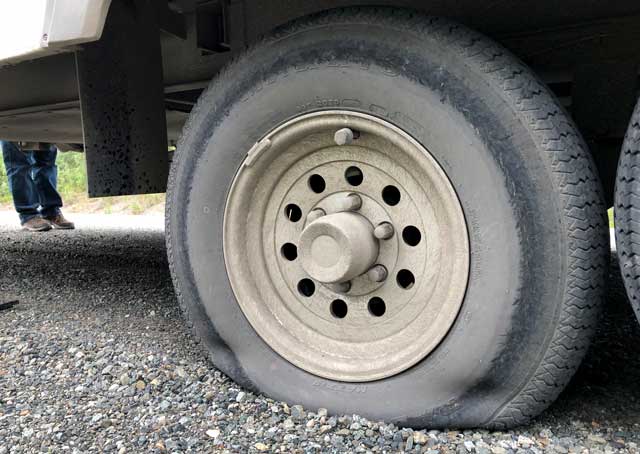 We were on the road early after spending the night boondocking at one of our most breathtaking spots yet. We spotted both a wolf and black bear crossing the road, which Rene added to our growing list of Alaska Highway wildlife encounters. As we approached the pair of little red flags identifying even more frost heaves, I slowed to approximately 30 MPH, which I had come to realize was the safe and comfortable speed for these conditions over the past 2,500± miles since the beginning of this trip.

I was even taking extra precaution, since I had just spotted a bag of some sort in the middle of the road…then BAM! 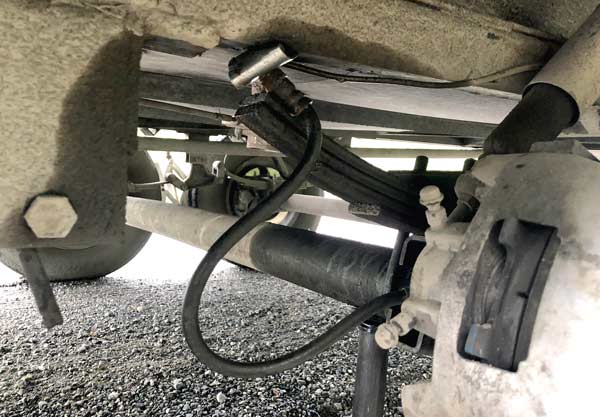 The broken leaf spring made me laugh.

What I did not expect to see once getting the trailer tire off, was brake fluid dripping from our hydraulic trailer disc brakes. Rene heard my maniacal laughter from down the road where she went to pick up the bag. I paused, then burst out even louder when I realized why the brake line was broken. She knew then something was seriously wrong. Laughter yoga helps in situations like this.

At this point I realized we were pretty hosed, and that this may very well be the end of our Alaska adventure. There was no fixing this on the side of the road. Plus, we were thirty miles from the next town, with no cell service. A few Good Sams stopped to offer assistance, but what could they do? The common response was, “Aww geez.”

Over the years, and thanks to my time on the ranch, I have learned to roll with the punches. After all, the situation is the boss. But this feels like a serious sucker punch in the gut. No problem, I thought. We have satellite internet! 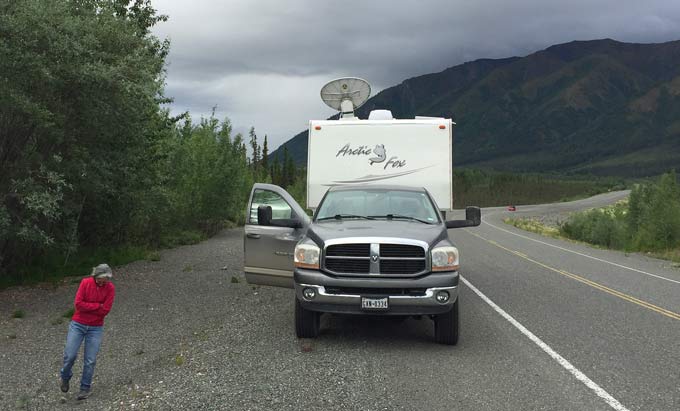 Stowing dish after being unable to lock on behind trees.

I sooooo wish we could have written about how our RVDataSat saved the day. We’ve discovered that wifi calling allows us to make calls, so I was still smiling when I deployed the dish. Then I realized which way we were pointed, and where our satellite was…low on the horizon, behind the trees.

We had traveled as far north as we likely will on this trip, North of 62º to be specific. So our dish was pointed down into the dense brush while desperately searching for a signal. feeling defeated, I stowed the dish. I even had to raise the elevation as it stowed so the LNB would not hit the vent cover. Just then another kind Canadian stopped and asked if he could help. “I got a broken leaf spring. At this point we need to detach and go call for help.”

“Aww geez…Beaver Creek is about thirty miles north, but there’s a road crew not far up.”

Help is on the way.

The road crew was kind enough. They expressed their concern for our world of hurt, and let us know about Far West, in Beaver Creek. “They can help you out, they tow heavy equipment all the time. Things were looking up! Or so we thought…

No, this isn’t Far West. It is Capital Towing which the good folks at CoachNet dispatched from way back in Whitehorse, more than five hours to the south. And the story is just getting good. This movie is just quick iPhone Memories compilation that doesn’t begin to describe the events that occurred over those 36 hours depicted. But it does provide an overview about the importance of using a Tire Pressure Monitoring System and having Roadside Assistance when full-time RVing, especially on the Alcan.

Read next segment now to find out what happened next!

11 Responses to “Alaska or Bust”