Why Visit the Slabs Again?

We’ve made an annual pilgrimage to the Slabs nearly every year since hitting the road in 2007. I’m not sure a year on the road would be quite the same without at least one week in Slab City. Our primary reason for this year’s visit was to go see Solar Mike.

Mike knows RV solar power, and he has some pretty good helpers. He upgraded our last system, so he was our first stop once we wanted to start boondocking again in our new (to us) Arctic Fox 275B. I wrote in detail about our new RV solar power system specs and expectations, so suffice it to say that we are extremely happy with this installation. We never once run had to run our generator, during our two-month stay at the Slabs…yeah, we had intended to only stay a couple weeks. 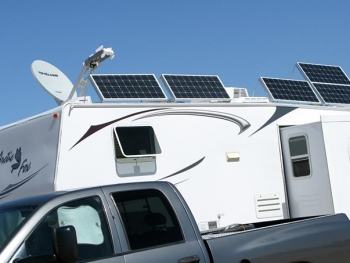 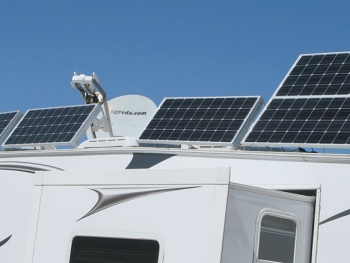 Being A Good Sam

No, not that type of Good Sam. One of my most memorable experiences from our time on the Slabs this year, came when helping our neighbor construct his shelter. I alluded to this in my last photo essay about slab city shade shelters, accommodations and entertainment. It really calls, however, for a better explanation and a few more photos… 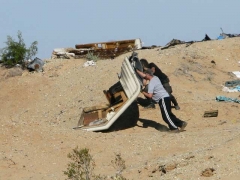 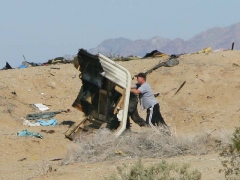 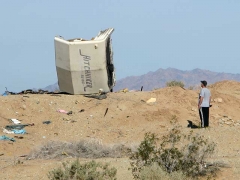 One morning I noticed our neighbor struggling to move an old burned out camper shell closer the bunker remnants he had claimed. Earlier that week, I had overheard him describing how he was building an underground shelter, so I just had to investigate and lend a hand. 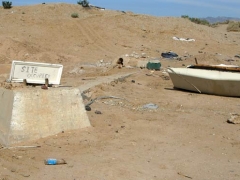 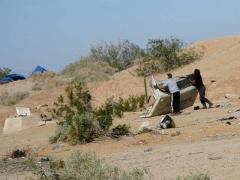 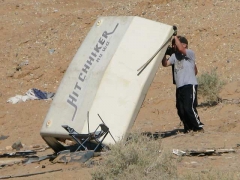 I gave “Lorde Venatus” an old pair of work gloves I had, and apologized that a couple of the fingers were worn through. “That’s OK,” he said. “I’m gonna cut them all off.” I figured no comment was best, even considering the amount of exposed nails and cracked fiberglass we were dealing with on the heavy shell. I must admit, the fingerless gloves did complete his ensemble.

We did catch a couple sets of surprisingly good talent at the Range, but none worthy of new music videos. Mostly is was the usual suspects, singing some standards. But granted, they do seem to be getting better! 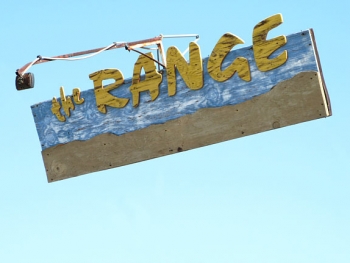 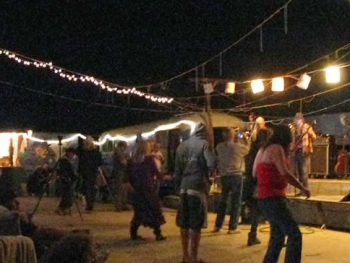 The greater highlight was discovering Radio Mike now hosts a Dance Party on Thursday nights. We really only made there once in time to boogie down, and we may have been the only ones dancing, but Mike laid down a fun groove and we had a great time.

The reason we were often late to Mike’s on Thursday, is that we were thrilled to hear about the spoken word circle going on at the Slab City Library, the same night. From free flowing mind dumps to heart-wrenching holocaust renditions, tales told around the fire were always enlightening and entertaining. Do not miss the Slab City Library Poem that Rene wrote, and our new friend Topher read our final night there.

Collecting Brass on The Bombing Range

It’s always interesting to see and contemplate your tax dollars at work when observing military maneuvers at the Slabs. This year’s air show didn’t seem quite as continuous or exciting as in previous years. But there was clearly an encampment growing not far beyond the canal from Slab City. When Topher suggested a bike ride to check it out, how could we resist! 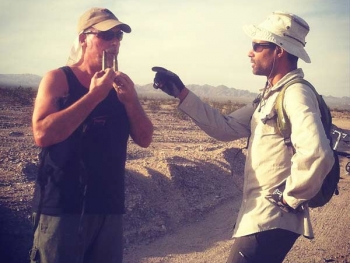 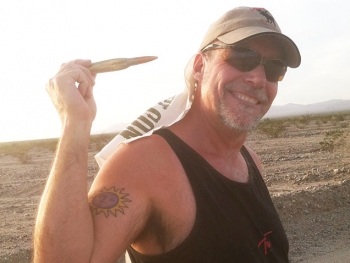 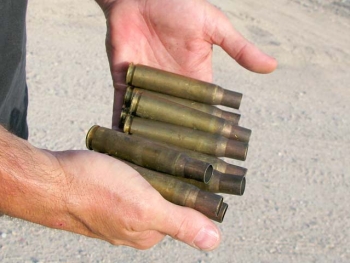 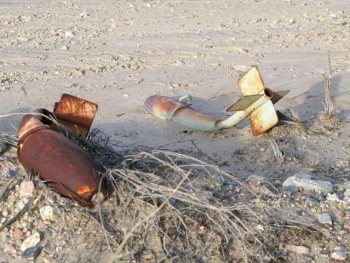 I’m always up for a run along the bombing range, but over the years had never discovered the public road that heads out through it toward the Chocolate Mountains. No, we never actually trespassed beyond the clearly marked bombing range boundary, but we did find the large temporary base casting all the bright light at night, and quite a few 50 cal. casings, and one live one!

One Man’s Trash is Another Man’s Art

Call it what you will, but you gotta admire the effort that has gone into arranging the new eclectic collection of found art at 5150 County Rd. Eclectic, or eccentric, depending on whether or not you catch the reference of that address! 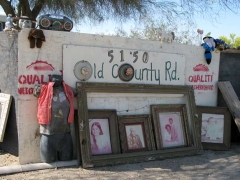 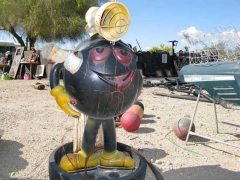 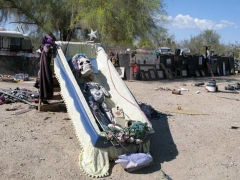 I will miss the fun times, interesting people and endless supply of fresh Grapefruit just a few miles away. I will not, however, miss the heat. Temperatures hit he triple digits as we departed, and I write this as we are expecting snow back here in the Rocky Mountains.

As we headed back to reality, I just had to donate my pair of old running shoes to the Soul Tree. I just couldn’t seem to give them away, no matter how many barefoot kids hobbled by them at the Trade Circle.

Subscribe to this blog below and receive email notification of updates. We’ll never send you any spam, or use your address for any other purpose. Cancel any time, and keep your free gift!

PS: Is Anybody Listening?

Starting this year, Rene and I started keeping a regular schedule of writing LiveWorkDream blog posts once a week—each of us taking turns, every other week. A bit much? Not Enough? What do you want to read about? Leave a comment below and let us know!