Let’s coin a new phrase, in the original meaning of the term … 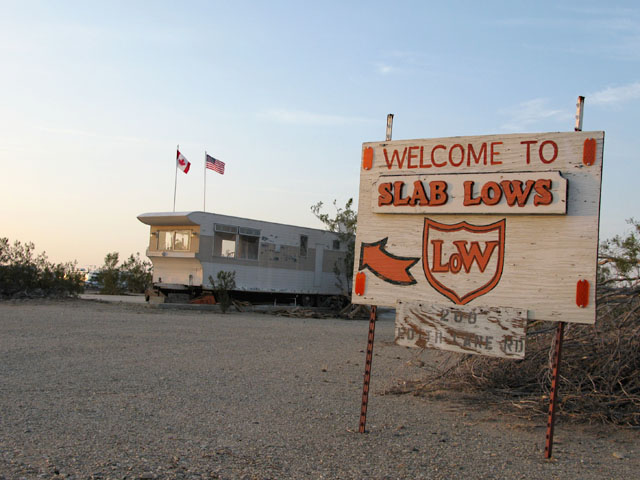 I hereby declare Snabbers as Seasonal Snowbird Slabbers – those of us who enjoy the culture of Slab City on a seasonal basis.

As in … “Slab City residents are happy the Snabbers have left.”

Unlike the stereotypical Snowbirds who tend to gate themselves up in their RV caravan roundups, never venturing downtown, Snabbers prefer to immerse themselves in the Slab City experience.

You might even find Snabbers at the hot spring or bathing in a culvert. Though we only partook in the former this year.

And unlike self-proclaimed Slabbers, we Snabbers retain a certain self respect rare among certain full time residents of the Slabs. 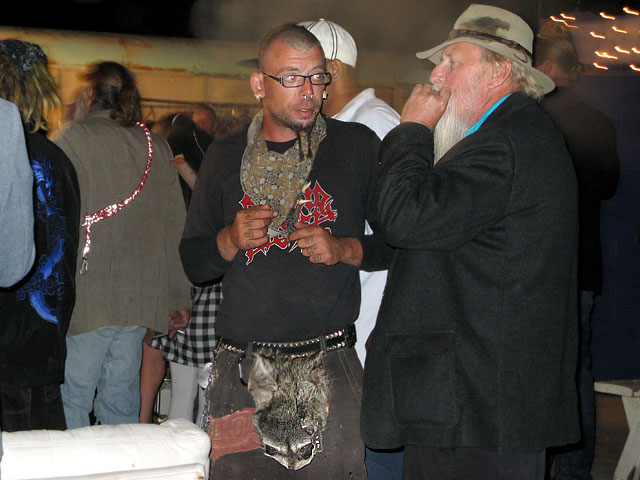 Snabbers walk a fine line. While we enjoy meeting the eclectic mix of people that one might find at The Range on a Saturday night, and don’t mind putting up with a little acrid smoke while gathered around a trash can fire to enjoy some funky music act, we do prefer a tasty cocktail over malt liquor, and hot grilled eggplant over cold Spam out of a can. We also like regular showers in the privacy of our own RV and a clean shirt every few days.

Snabbing isn’t for everyone. But at least one night on the Slabs should be required of any true full-timer. Make it a Saturday next season, and we’ll meet you at The Range. 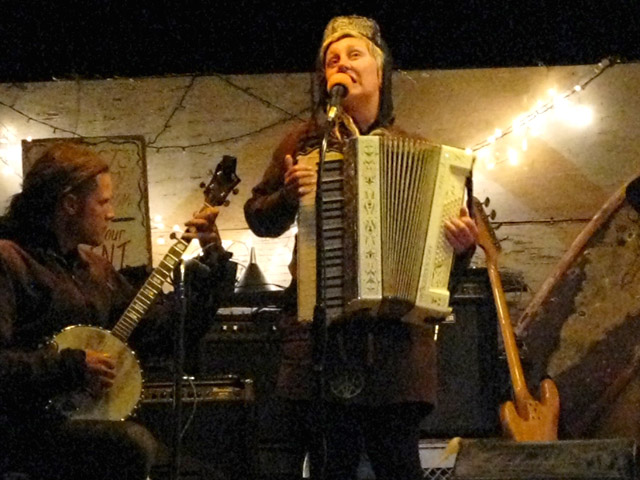 Dare I digress and ask who coined the phrase, “to coin a phrase”? See that first link if you’re really interested. Or, if someone asks this piece of useless trivia at a dinner party, just tell them it predates printing and moveable type if that’s what they suggest. Way back in the 14 century, money was apparently coined by wedge-shaped dies called “coins” used to stamp the metal blanks which came to be called coins.

Considering money is something you will find very little of at the Slabs, I find this relevant. As is this coining quote typical of its early use in the mid 2oth century …

“It takes all sorts to make a world, to coin a phrase.”
— From Francis Brett Young’s novel Mr. Lucton’s Freedom, 1940

Indeed it does. Especially at Slab City.