We’re still raving about our visit to Columbia, Missouri; here’s a final reason why.

Mizzou’s Muesum of Anthropology included more than an upclose look at the Blue Highways Ghost Dancer van, we also got a private tour of the museum’s archives, thanks to collections manager Audrey Gayou. 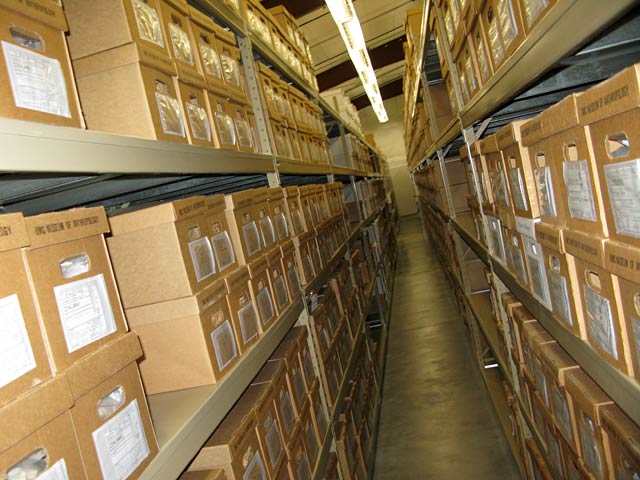 Anyone can have a pre-arranged, private backstage tour, where about 2.5 million pieces are kept and preserved until their next display rotation. 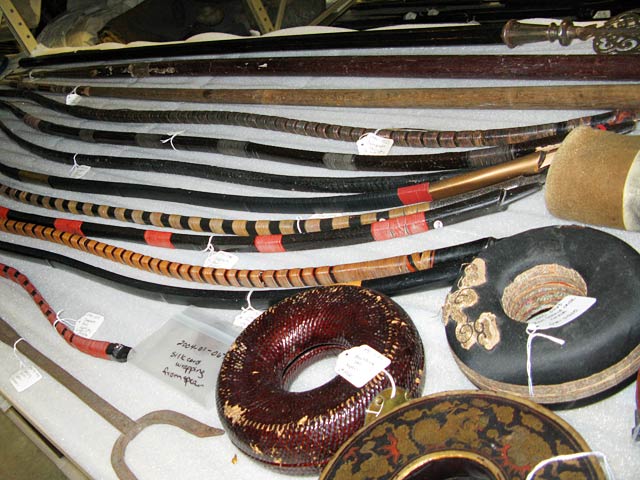 We meandered through mind-boggling collections of ancient artifacts, ranging from a 1.2 million year old hand ax, to a genuine shrunken head. 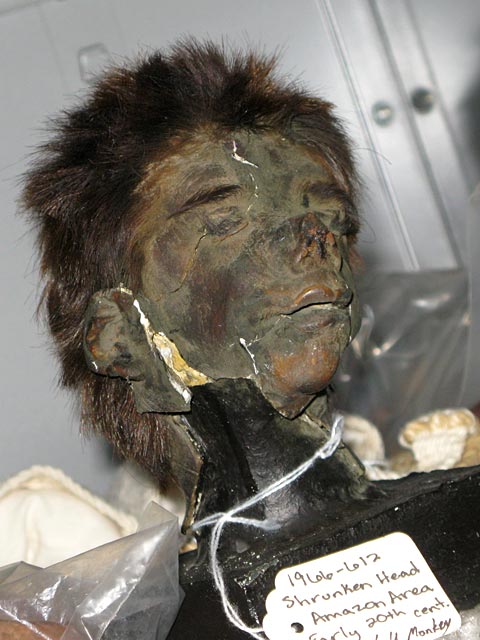 Well, it’s not exactly a human head. The director explained that in the early part of the 20th century, artifacts from South America were popular with upper crust society, and for many collectors the ultimate acquisition was a genuine shrunken head, cast off from some Amazonian tribe’s black magic rituals.

When word got out to South American entrepreneurs that shrunken heads were a hot item, instead of cannibalizing the closest human, they utilized the severed heads of small monkeys, figuring that clueless collectors wouldn’t know the difference. Primate head features are so similar to ours, that most folks remained in the dark. 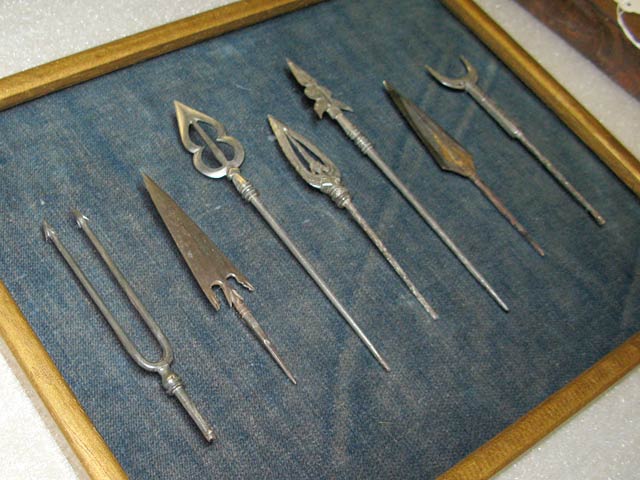 The museum is most well-known for its Grayson Archery Collection, a 5,000 piece assemblage of all things archery dating back to ancient times in China. The collection was bequeathed to the museum by a man named Charles Grayson, who gave it to them on the contingency that they never separate this mind-blowing collection of items. 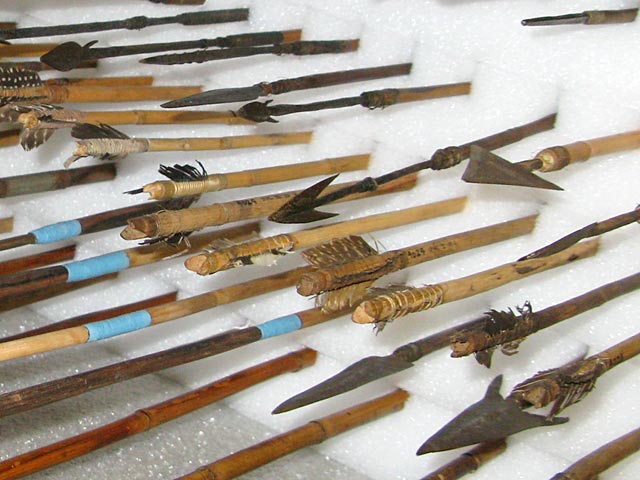 Thanks to The Hunger Games, archery is cool again, and it seems lots of folks want to know more about this ancient sport. Apparently more people want to see the archery collection than Ghost Dancer. Go figure. 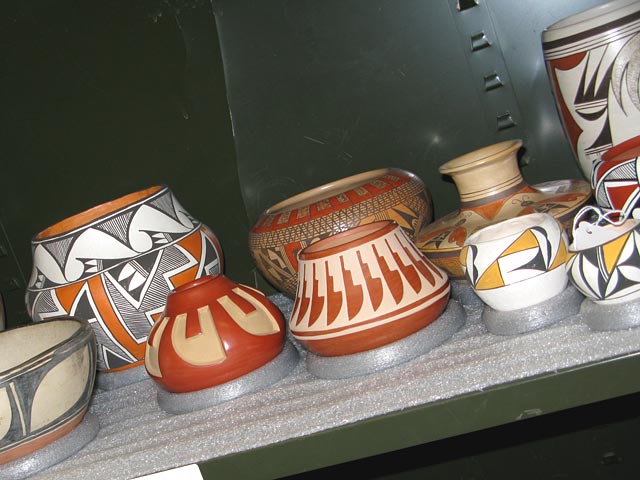 Knowing next to nothing about anthropology or museum archiving, I asked Audrey,

“So, what makes something an artifact? What makes it worthy of being considered a museum piece?”

The answer was an “Ah ha” moment.

“Anything can be an artifact. Even an iPod, or a van,” she explained. 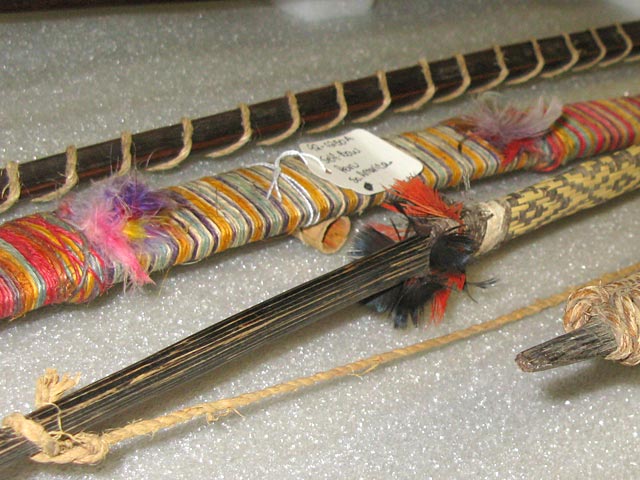 I never quite thought of museum pieces like that before. So apparently even cheap plastic crap from HellMart can be considered “museum quality” at some point, as soon as someone thinks it’s worthy enough to display it. 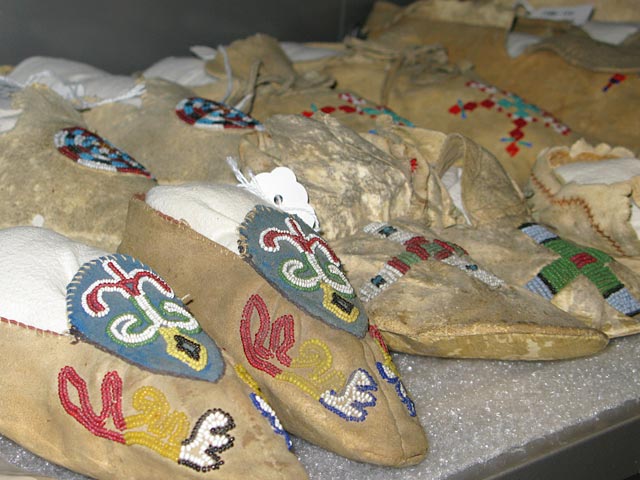 From ancient handmade Native American shoes, to Chinese-made electronics. I had no idea that even cheap plastic crap from WalMart can be considered an “artifact.” Who knew?