Two years ago the Slab City Lizard Tree Library met a terrible fate. As I wrote in 2010, the library’s long-suffering caretaker had a melt-down and disassembled all of the quirky fixtures that would make anyone want to lounge within it’s walls. I was there the day Ron snapped. 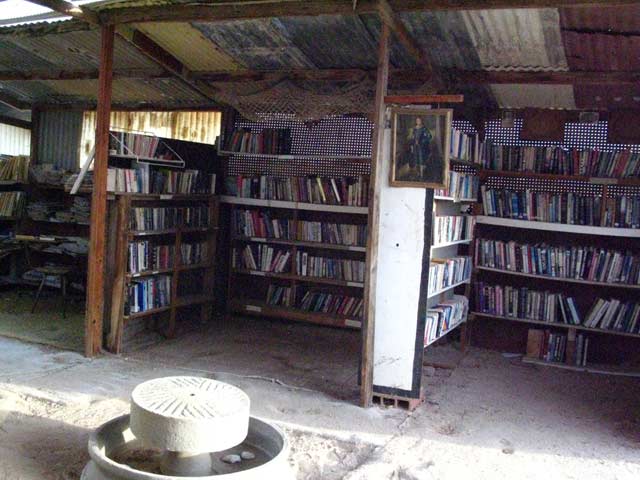 “I’m sick of picking up after people and their dog shit!” Ron told me. “I’ve had it! If they want to trash this place they can have it!”

He ripped out the Library’s famed InterNut connection, which consisted of a manual typewriter and stuffed mouse. The lounge chairs placed underneath the canopy of a shade tree and the peaceful bottle fountain were gone.

To scare away any visitors, Ron had taken down the road sign too. 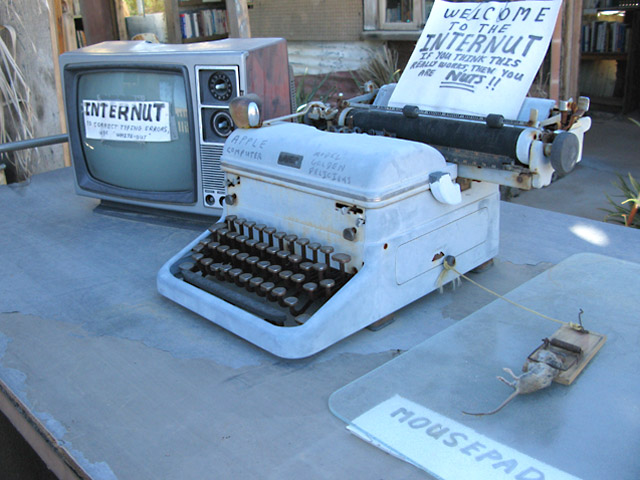 That was a sad day for anyone who had experienced what a special place the library was in its heyday.

Last year the library was obviously still in use, but rapidly becoming dilapidated. This year I feared what it would look like, so I avoided returning to the devastating scene . . . until last week.

I walked up to see that sadly, it’s still slowly deteriorating. Without someone to look after things, the ceiling is caving in and the dust is deep on the cobwebbed shelves.

The Slab City Lizard Tree Library is a sad ghost of what it used to be. While it does appear that some folks are using care to keep things as neat as possible, and a few like me are still donating books, the library is no longer a place you want to hang out. It’s actually a little creepy now. 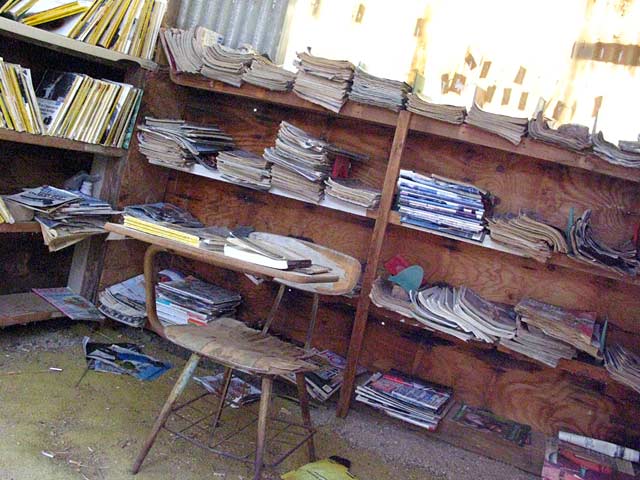 According to a long-time Slabber, he has no plans to leave and hand over the librarian duties to someone who cares.

It’s a sad time for literacy in Slab City USA.