When it comes to your RV’s cost of ownership, is it what you expected? 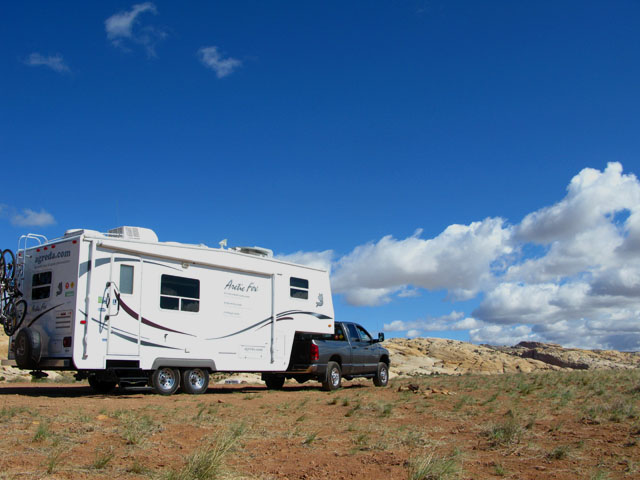 Many RVers freely share worksheets showing what it costs to live on the road, but the elephant in the room is the long term costs of maintaining your RV and support vehicle.

Why We Chose This Combination 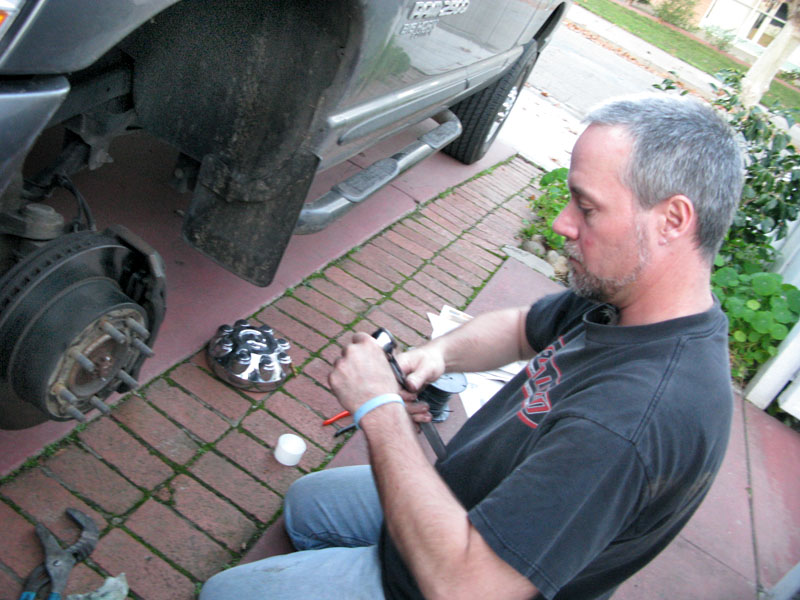 With that being said, the Dodge pickup isn’t exactly known for a low cost of ownership. Edmunds says our 2006 model should be expected to cost about $56,561 over five years to own (including everything from taxes to repairs), while our dream truck, a 2011 Dodge with a built-in exhaust brake will cost $65,159 over five years.

So, how accurate are their numbers?

This figure includes everything including fuel, registration, insurance and repairs. Buying used probably helped reduce Edmond’s figure, assuming they include the hefty licensing and registration fees that accompany buying a new vehicle.

That makes me feel good! Especially considering the kind of wear and tear we put on the truck by hauling the house around. As our odometer hits 100,000 miles in the next season and our Cummins engine warranty expires, let’s hope we can keep this low cost of ownership up!

Here are our facts and figures for our Arctic Fox 24-5N fifth wheel. 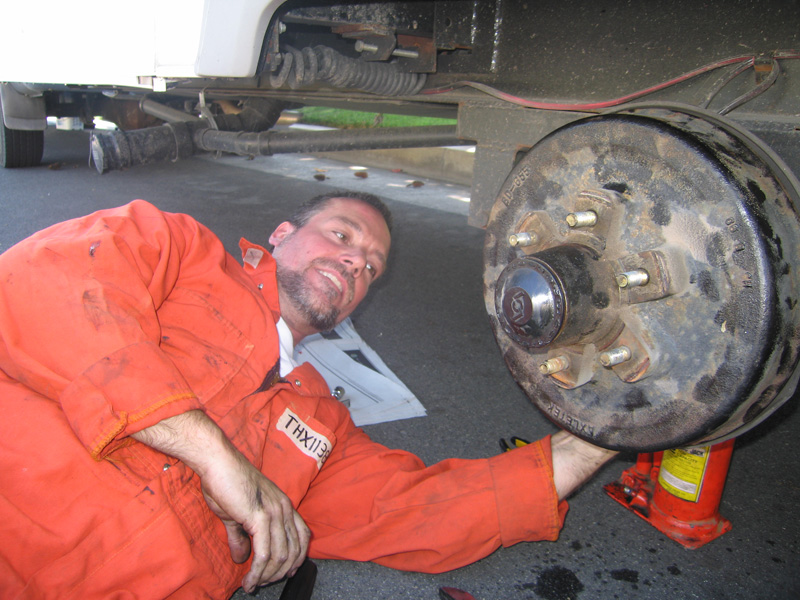 Since we purchased it in 2007, we’ve spent $8,662 on everything from trailer brake repairs to solar upgrades to general maintenance.

RVers are left by the wayside when it comes to the real cost of ownership.

There are no sites like Edmunds (that I know of) which show RVers what to expect over the long haul for their make and model.

Maybe this is because RVs come with so many options and variables, some with more duct tape, some with less, some get hauled up, down and around the country, some hardly move at all.

This RV.net article is one of the best I’ve found when it comes to analyzing RV ownership facts and figures over a year, but it still doesn’t consider long-term variables.

One thing RVs all have in common is their rapid depreciation rate, which, like a car, is all the more reason to buy a slightly used model.

I confess that we didn’t buy a used trailer: at the time of our purchase, we weren’t living the debt-free lifestyle, and neither one of us had ever owned any brand new vehicles. We felt that a brand new trailer was our reward for knocking ourselves out over our business for the last decade. Even though debt-free guru Dave Ramsey would think we were morons for buying new, we both still agree that we made a good choice. I’m certain we wouldn’t do it again, however.

Our Choice Still Works for Us

Owning a RV isn’t cheap for anyone, but it’s the overall lifestyle itself that costs less than when you live in a stick house. Some RVs like ours are cheaper to own than others but they all have necessary repairs, which although they shouldn’t be a surprise, are always painful and happen when you least expect them to. 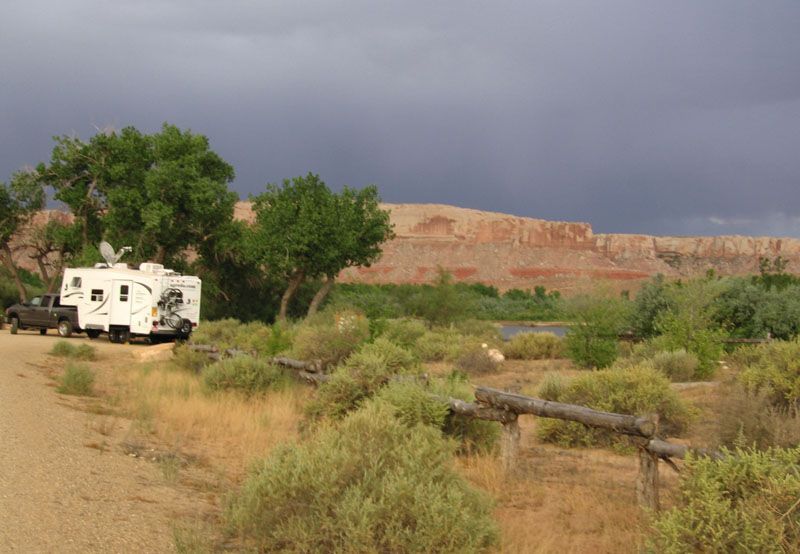 Most of our road ripping friends have gone through at least two different RVs since they started, but we still love our house on wheels.

The main reason for staying with what we have is also about money; getting into anything newer would require financing, which we just won’t do.

Our fifth wheel – truck combo has worked well for us and and while I would love to feel like a rock star in a Prevost or a Foretravel, I know I wouldn’t love the cost of paying for a single tire on one of those beasts, unless I could pay for every single related item in cash.

That ain’t gonna happen today, but hey, that’s the goal!

5 thoughts on “Hard Costs of House Towing Over 4 Years”