Have you ever found good beer bottles or cans tossed by the side of the road? 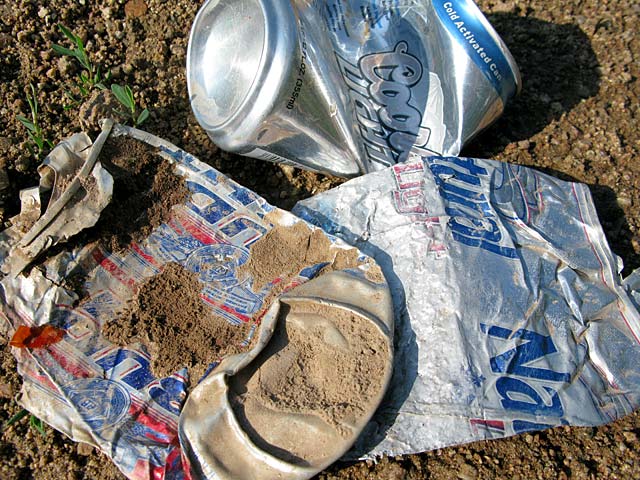 From bargain beer to fast food remnants, the garbage that weekenders carelessly toss onto the county road near our place is a sad indicator of the way they treat their communities and their bodies.

As we take our daily run we find cans of Coors, Bud or Keystone (ugh), but we’ve never once seen a good microbrew bottle or can that was chucked from someone’s vehicle. What does that say about the typical consumer who likes pisswater beer?

Cigarette packaging also makes up a good majority of roadside garbage. And as for fast food containers, just look for the Golden Arches.

Personally I think there should be a garbage tax imposed on anyone who buys cheap beer or takeout from crappy fast food joints. Don’t you?

Editor’s Note: I vote for a garbage tax on these things for the same reason that many cities charge consumers for plastic grocery bags.  Not everyone lets their bags blow all over the landscape, but a large majority DO pollute our world. The same holds true for cheap beer, fast food and cigarette packaging.

14 thoughts on “Cheap Beer, Fast Food, Garbage In, Garbage Out”