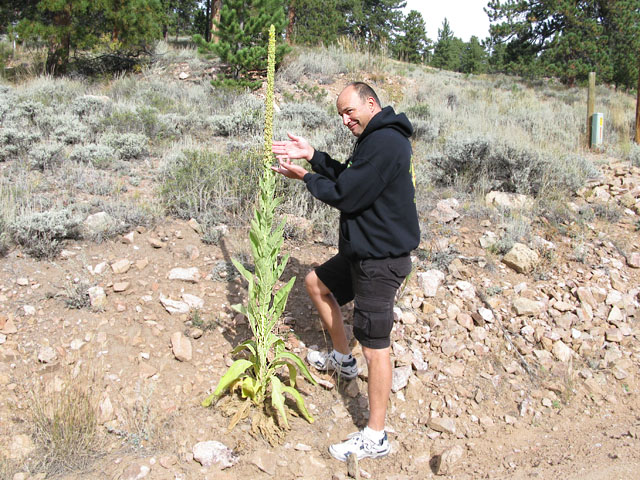 Back when Lilla and Neal visited us at Jerry’s Acres, Neal suggested that we were in for a winter of heavy snow. His reasoning was based on a news story he had seen about the local Skunk Cactus — or at least he thinks that’s what the newscaster called this weed, and I think that’s what he called it.

Neal mentioned how the height at which the seed pods begin is an indication of that season’s snowfall depth. Based on a recent weather report from home, sent to us by Codie Rae’s people, I’m starting to believe him… 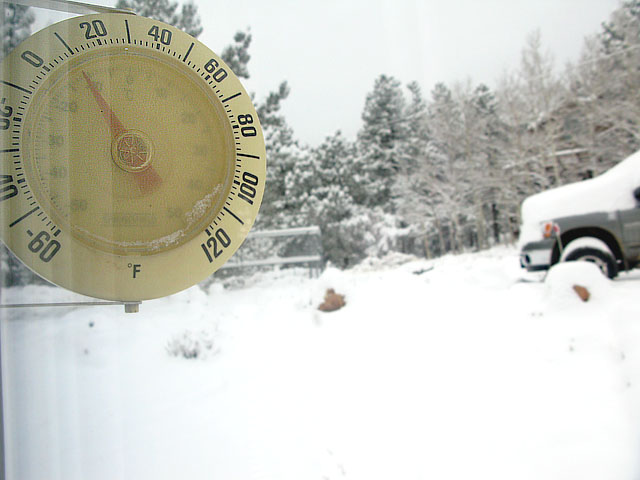 Needless to say, I believe we left just in time. Based on the reports we’re getting from back home, we would have likely been stuck there quite a while – if not all winter – had we not pulled away when we did. That, or we would have been digging out the trailer to hit the road.

But we haven’t exactly headed to warmer climes, yet. Our second night here in Fernley, our hose froze. We had forgotten to leave a faucet dripping overnight. Keeping the water moving through the hose will help it from freezing solid and ensure you have running water in the morning. Insulating the hose with foam pipe-wrap available in the plumbing section of any home supply store also helps. As does having water in your fresh water tank as a backup.

How quickly we forget these things after staying put for a few months. I remember first seeing an RVer fuss with a frozen hose at a riverside park in Ashville, NC two years ago and laughing. The other morning it was my turn. After struggling to thaw things out enough to get our water flowing, we have now practiced these precautionary measures I preach. Good thing René hadn’t yet begun her early morning shifts at the Amazon warehouse!

6 thoughts on “We left just in time.”