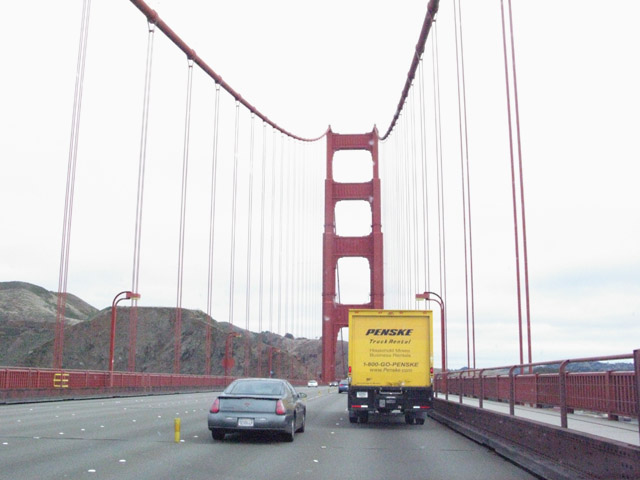 It was always apparent that we didn’t get rid of enough stuff when we left Eureka in June 2007. Our $250 a month storage bill said it all.

When we hit the road, we hired a moving company to store our stuff, thinking that someday we would be willing to pay to ship it to us, wherever we landed. But until the moving company actually put it all in their warehouse, we had no idea how much our storage bill would be. By the time we learned what the damage was, it was too late.

The Horrors of Excess 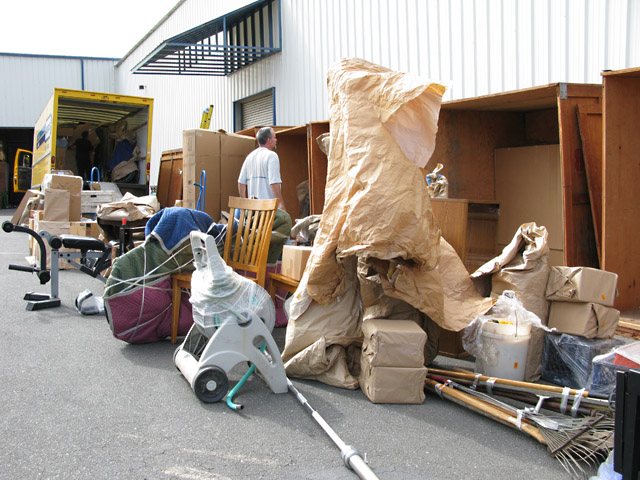 While in storage, our stuff took up five crates at 4′ x 7′ x 7, for a grand total of 980 cubic feet. Once we closed escrow on our house and saw what our finances looked like, that there was no way we were going to shell out the $5k the moving company wanted to deliver our stuff, so we opted to go get it ourselves.

The only problem was that I never actually saw how much space our junk took up, until we landed in Eureka for just one stealth night in August. When we arrived at the moving company’s warehouse with our 26′ moving truck, our jaws dropped. 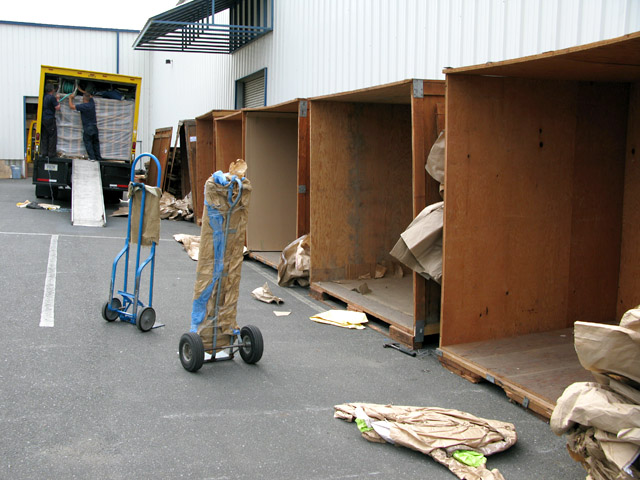 A massive amount of boxes were stacked  and waiting. At first, the two movers we hired to help load weren’t even sure if it would all fit. As they started loading, I began making piles of stuff that we would ditch if it didn’t.

I wanted to cry. All this time I thought that we had really downsized. Who was I kidding?! The excessive boxes of clothes, kitchen stuff, and knicknacks, was unreal. I kicked myself up and down the parking lot, cursing at our naivety in thinking we had gotten rid of all but our essentials.

Eventually, the movers made it all fit. We left Eureka in less than 24 hours, and lugged it back to Colorado. 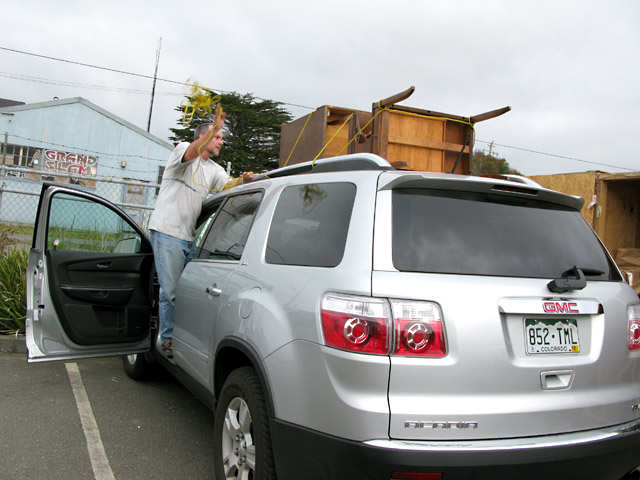 Note to Self: Lesson Learned

Two years ago, I thought we were keeping only the essentials. But I’m not the same person I was then. The road has taught me that I don’t need much to have an enjoyable life. I don’t need eight pairs of jeans, or three different sets of dinner plates to feel complete.

Sure, it’s nice to have some of my favorite things back under our roof, like my card making stuff and my bread machine. But when it comes down to it, I’ll take the incredible journeys we’ve had over all of our material possessions any day.

I always knew that our stuff took up five crates at 4′ x 7′ x 7, for a grand total of 980 cubic feet, but i never actually saw how much space that takes up until we landed in Eureka for just one night, to get our stuff into our moving truck.