Whenever we buy land somewhere, I want a small hobby farm. Nothing too big, but I do want a vegetable garden, some chickens, goats and maybe a couple of cows. But the animals won’t be for eating; as a vegetarian since 1989, I love animals too much to eat them. 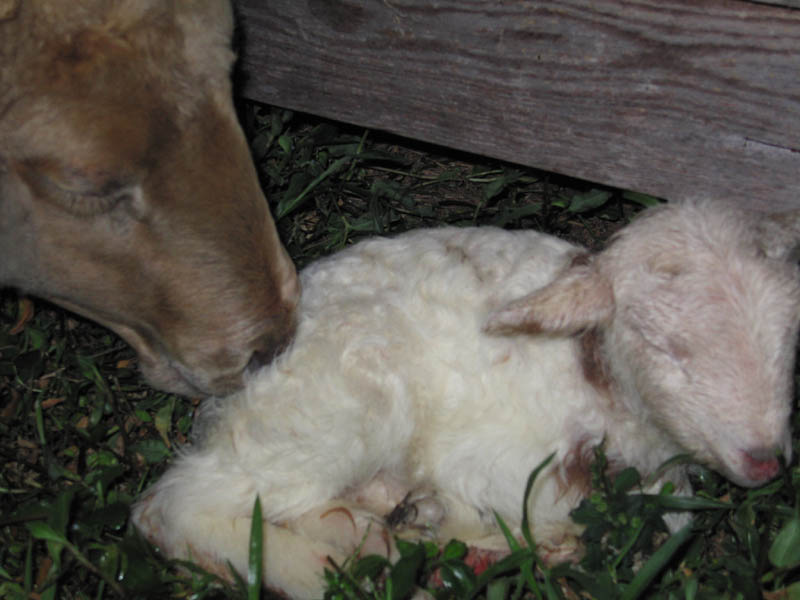 But, since landing here at White Rabbit, it’s become clear to me that if I want farm animals, I’m not going to be able to hide from the cycle of life and death that comes with them, even if my animals aren’t there for meat.

For starters, animals have babies, and the population must be kept in check.

One day while picking lettuce, I saw a visitor drive away in a truck, and in the back was a bleeting lamb that was being taken away from it’s Momma.

A few days later, another baby lamb was born. We were lucky enough to see it just minutes old. That little guy is so cute! But guess what? He’ll get taken away as soon as he’s old enough.

A dozen or so free range chickens were sold off earlier this week. They were either too old to produce eggs, or never produced at all. They were “on the payroll” as Farmer Val likes to say, and they weren’t earning their keep. So off they went. 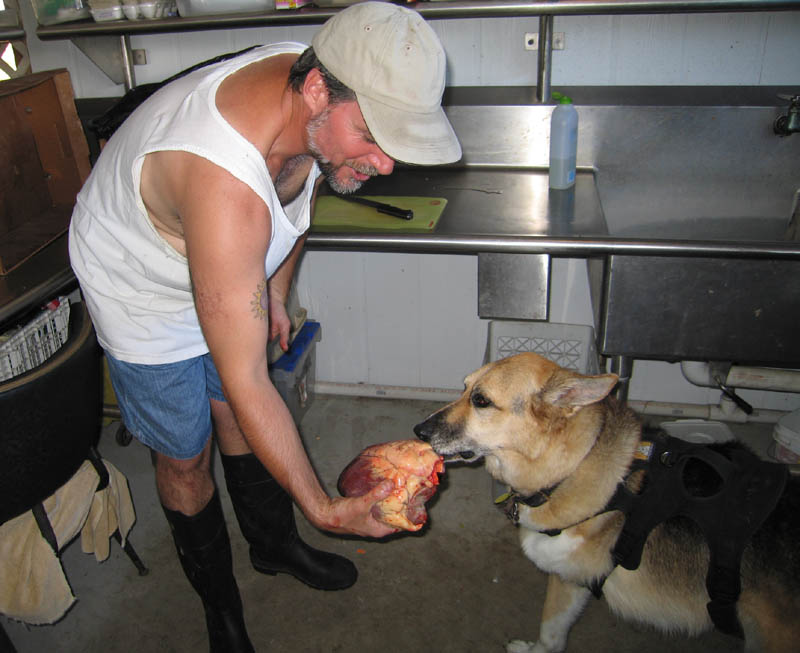 Also this week, Farmer Brian took one of his grass fed, free range cows to be slaughtered for beef. “She was the troublemaker” he said. Then, two days later, a neighbor’s cow fell in a ditch. It had broken its leg, and Brian had to put it out of its misery. Off that cow went for processing. Two cows in one week; gone!

Now, we are waiting for another cow to have her baby calf. And the cycle will start all over again.

I really do want a hobby farm, but I know I’m going to have to buck up like all those 4H kids, and stop getting so emotional about farm animals. There’s a fine line between pets and meat, and not all farm animals can be pets if you want to stay in business. 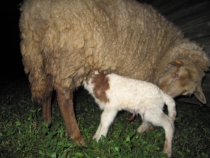 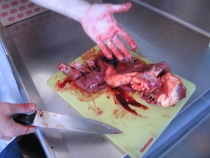 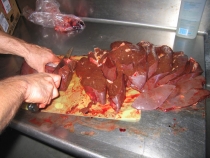 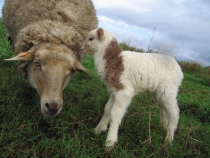 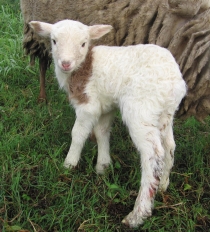