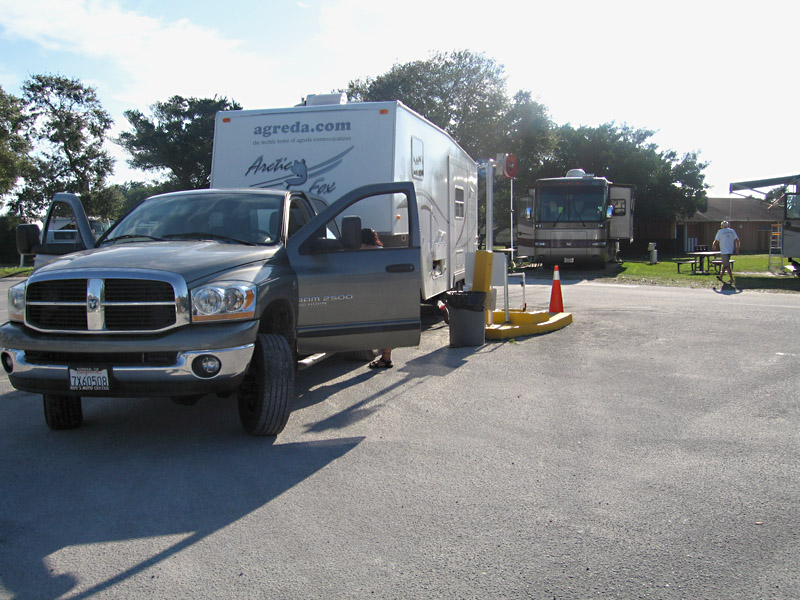 The morning we left Jetty Park for Vero Beach after discovering the shuttle launch was not going to happen, we decided to pack up quick and beat the crowds to the dump station.

It was early but we still weren’t first in line. Everyone was heading out, except for those just waking to make breakfast.

As we dumped our tanks using our new clear hose adapter, René glanced at the nearby rigs, smelled the air and said, “Yum, Bacon and Turds!”

Why did we get one of those clear dump hose adapters, you ask?

No we don’t have have some strange desire to watch our bodily fluids flow down the drain. We’d been having a holding tank level issue, and the adapter does clearly show if/when the tank is done draining. Quite clearly indeed.

Since the day we picked up our rig, we’ve been told about how the sensors in RV holding tanks never quite read correctly. Our black water tank is the only one that ever gave us false readings. Understandably, those sensors often get fouled up with toilet paper, turds, or perhaps bacon. But we had never had bad readings on either of our grey water tanks, until recently. 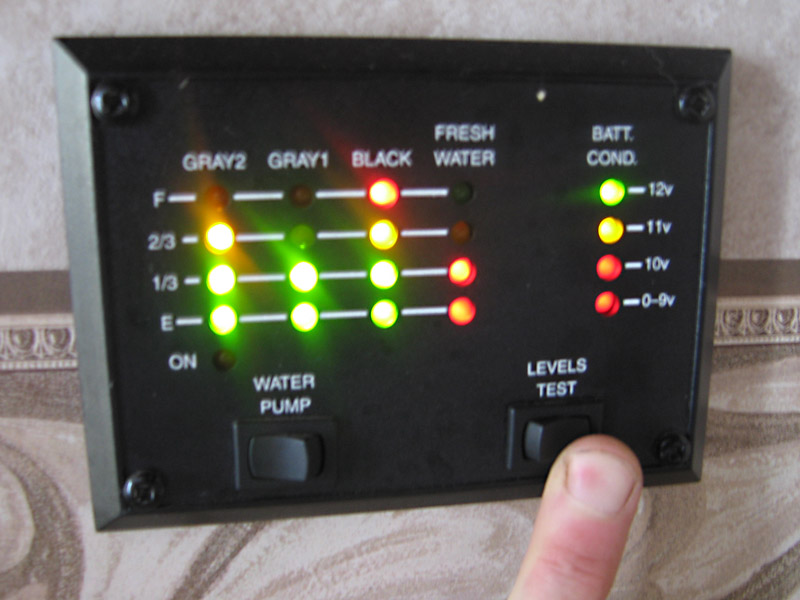 The levels read high after just a couple days of use. Then when we left St. Augustine, our tanks seemed to drain quite slowly for the amount of grey water we were carrying. Thinking there was nothing that could foul up the grey water tank sensors, we feared the worse. But any reason to head to the nearest Camping World is good in our books. Off we went.

After speaking with a friendly, knowledgeable clerk, we came to the conclusion that is could be just about anything from sensors fouled with soap scum to construction debris clogging the drain valve. Preparing for the worst and hoping for the best we bought a good extra strength tank sanitizer with maximum biodegradable power and headed on our way.

Why don’t Camping World locations have a dump station or even a hose for customers to use? You’d think they would cater to the crowd they serve!

We stopped at the first Flying J we saw. There you can fill up with fuel and fresh water, while dumping your tanks, all in one spot! You can even get propane at most of them too, but I digress.

We dumped the whole bottle of goop down our shower and sinks then added a bunch of water. You would think this much extra strength solution, with all the sloshing around from our drive to the farm would make a difference. It didn’t. Well, not really. But check out the Do-It-Yourself full-hookups we made for our selves by tapping into a cleanout drain on an outhouse at the farm! 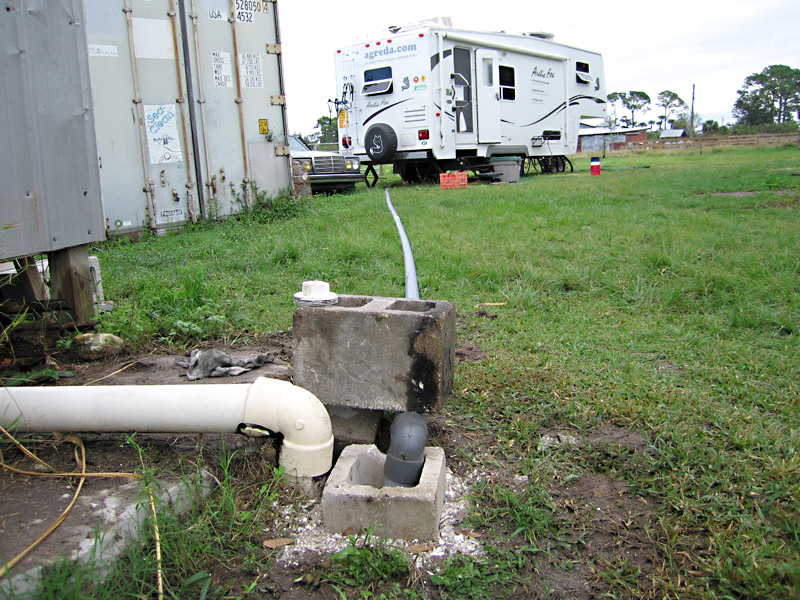 Upon giving our tanks another good dumping, our bathroom grey water tank still reads nearly full. And this is after leaving the grey water valves open for a few days! The kitchen tank finally gives us a good reading, but the full black water level is just something we’ve gotten used to.

So my only words of advice for anyone wondering what to do about false holding tank level readings is to just get used to it. Know your own levels. And dump when it stinks. Another word of advice is to avoid the RV sites right next to the dump station!

Perhaps NASA’s fuel tank sensors that kept the Shuttle Atlantis from taking off are the same kind we have in our holding tanks!

3 thoughts on “Avoid bacon and turds for breakfast.”