I’ve determined that if I don’t write something short and quick with first impressions about new places we see, I never will.

There is so much to see and do on this journey – as I told a Canuck fulltimer yesterday – we could stay on the road for the rest of our lives and never see the entire country. And if I don’t jot down some basic observations about where we’ve been soon after we arrive, I will forget if there is any reason to return when the time comes to plant some roots again.

With that said, I go Pogo … we have made it to Okefenoke Swamp. And we have officially reached the South.

We started seriously seeing Dixie flags in Virginia. But while I might get beat up and left for dead on some crooked road for saying it, The Blue Ridge Mountains are not “Southern” in my book.

In North Carolina, the Barbecue element seriously comes into play, and I only saw enough of South Carolina to catch American consumption rearing it’s ugly head for a few games of adventure golf along the The Redneck Riviera

But it wasn’t until we reached Georgia where the accents really got thicker when I began to feel like I was truly in The South. After a few outings, I even realized it was actually the first time in my life where I felt like a minority.

Now that we have gone out of our way, to hang out in the middle of the Okefenoke swamp and go looking for crocs, I feel like we have even reached the Deep South. And while I may change my mind about that once we pass through Luisiana – where
I will hopefully not get get beat up for saying it – the accents here have proven we are there. Checking in at Stephen Foster State Park I heard the thickest southern twang I have ever heard, without the drawl I expect to hear in Texas. 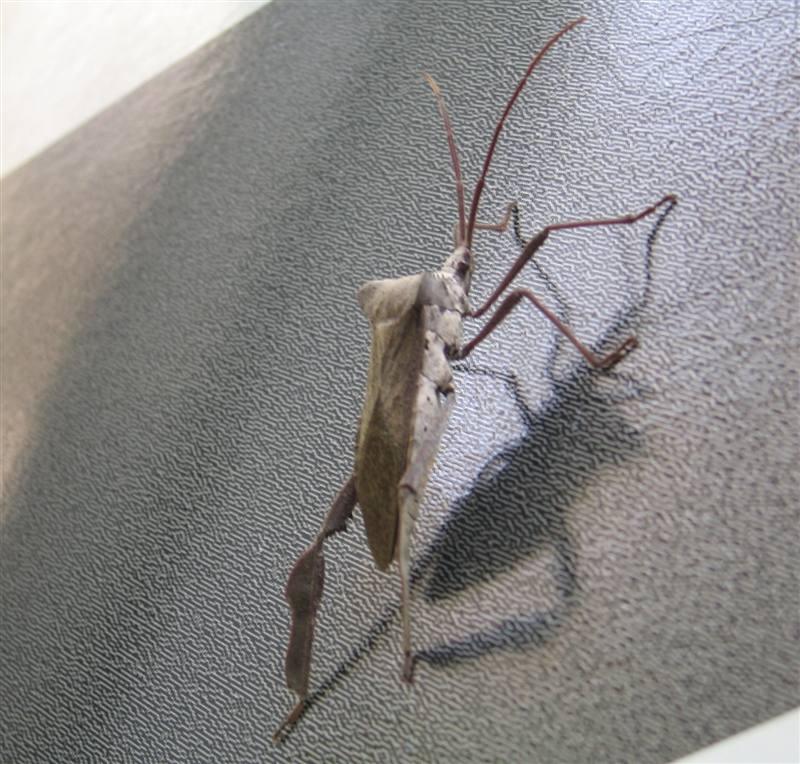 Now that we have passed through the wannabe southern states, I can honestly say … I kinda like the South. 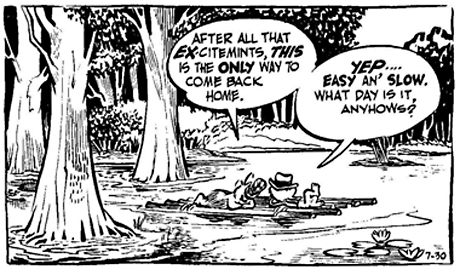 So what brought us to Okefenokee? René had never heard of Walt Kelly’s Pogo. The long-running daily classic Pogo comic strip

(1948-75) featured Pogo, one rather political possum, and his friends deep in the Georgia swamps. Besides, when would we ever come back here. And why?

5 thoughts on “I Go Pogo For Okefenokee and the South”