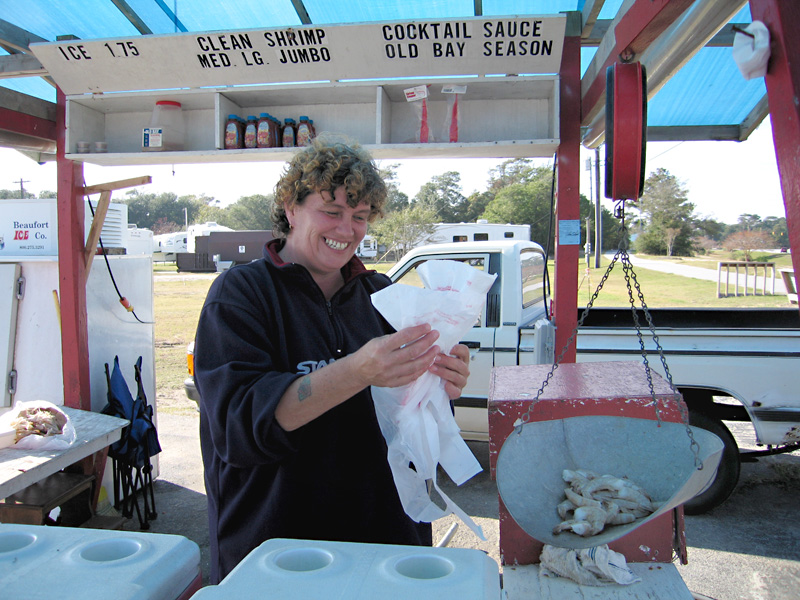 We’ve been doing our best to eat local

wherever we go, but the hardest thing to find local on this trip has been seafood. So except for some Walleye in Minnesota, and lots of Lobster in Maine, we just haven’t had much fresh fish since we left California. So we were extra excited to catch the end of shrimp season when we went to the beach in North Carolina!

Heading to the beach to celebrate the one year anniversary of Jerry’s surgery, we noticed a small roadside stand with a big sign that just said Shrimp. We knew right then what was for dinner. And we got there just in time. We learned from Jean that the next day – Thanksgiving – was the end of shrimpin’ season which runs from Easter until Turkey Day.

Jean was the genuinely friendly and fun woman selling shellfish by the seashore. She had an equally genuine smile and a thick Beaufort, North Carolina accent. She didn’t want to “be on YouTube” but she did let us snap some pictures, and ask some questions. She couldn’t answer them all though, and suggested we wait for her boss – the fisherman. Unfortunately, we had to get back. There were shrimp to fry. 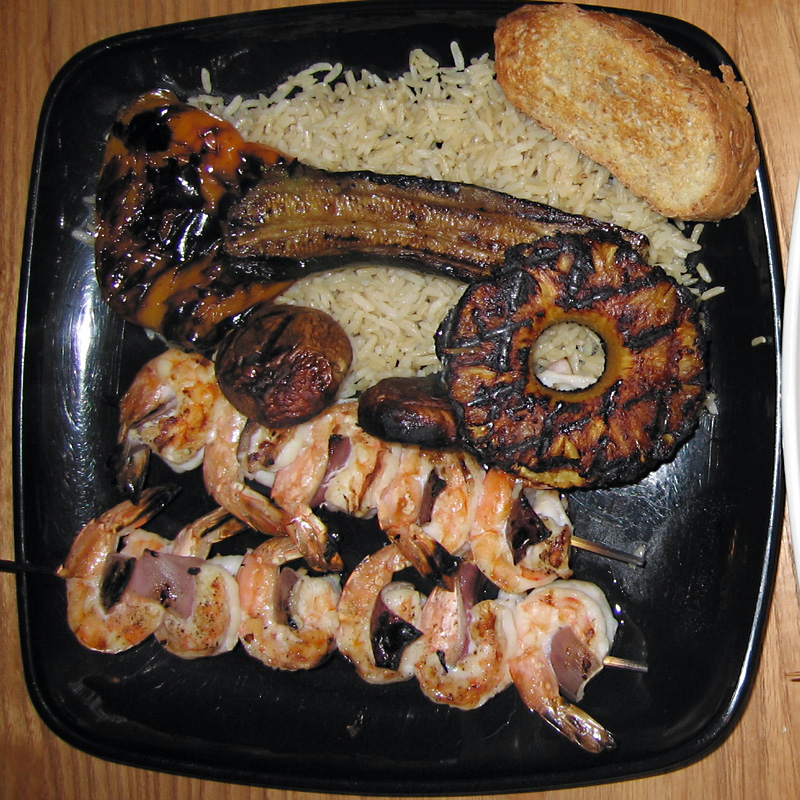 We went for the Jumbo Shrimp which were about 19-21 count (to the pound, for those less foodie out there). And they were just $9.00 per pound! We asked for 3/4 of a pound and as Jean piled them on they scale she informed they were sold “by the half or pound” … so we went for the full pound, and were glad we did.

These shrimp were so fresh and succulent, tender and juicy, I chose to cook them rather unadulterated with just a little olive oil and thin slices of red onion. When Rene asked what the sweet white goop was that I put on them, I pointed out that was nothing but fresh, fatty goodness. Something we never saw in the “previously frozen” selection we were only privy too at California supermarkets.

This shrimp was probably caught no more than a few miles away from where we bought it at the beach on the Crystal Coast of North Carolina. We found some organic zuchini and peppers at the local Lowes supermarket and headed home for our feast. Yes that would be the Lowes Foods across the street from Lowes Home Improvement center. No relation.

And before you chastise us, no, the pineapple was very doubtfully local. But it was only a dollar and most likely going to be thrown out the next day. As brown as it was getting, it was simply delicious grilled with the shrimp and red onion! Give it a try. 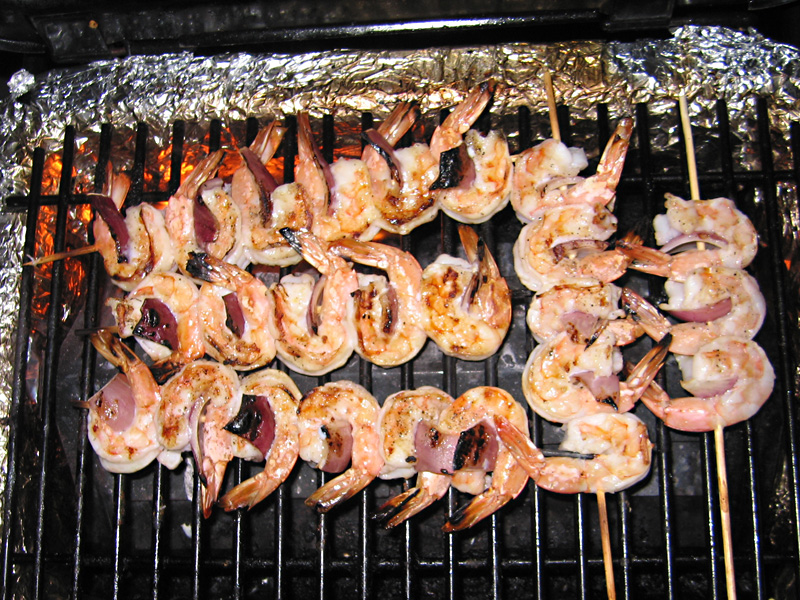 1 thought on “Eating local shrimp fresh off the boat.”