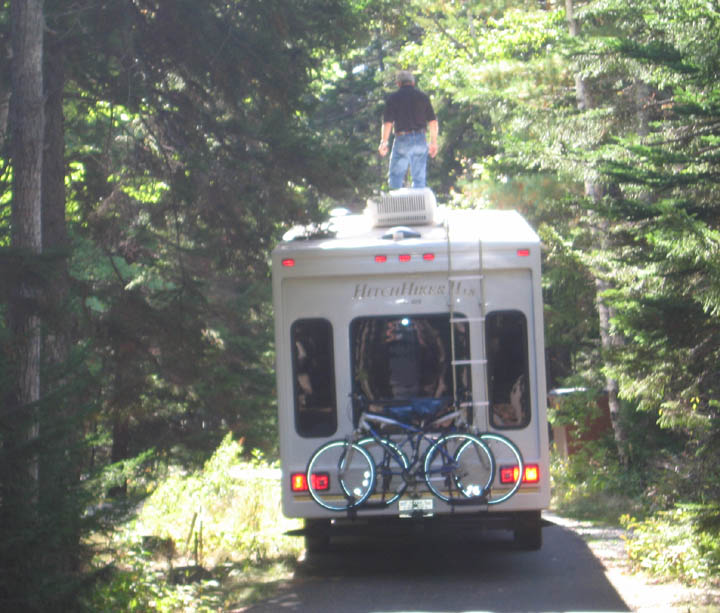 People often ask us, “What do you do without a TV?” Well, sometimes, the best entertainment is just people watching in the campground.

For instance, last week at Acadia National Park in Maine, we watched in shock as our neighbor tried to get his 35′ fifth wheel out of the campground. This was a very tall rig. Nothing wrong with that, but as many of you know, many government campgrounds aren’t often designed for today’s RVs.

This is something to keep in mind when considering what size of rig to get, or where to camp, especially if you like to boondock. We don’t often have much trouble getting our 24′ Arctic Fox into places, which is why we stuck to that size. Our neighbor, however, had clearly pushed the envelope in squeezing his Hitchhiker II into the spot he was in. 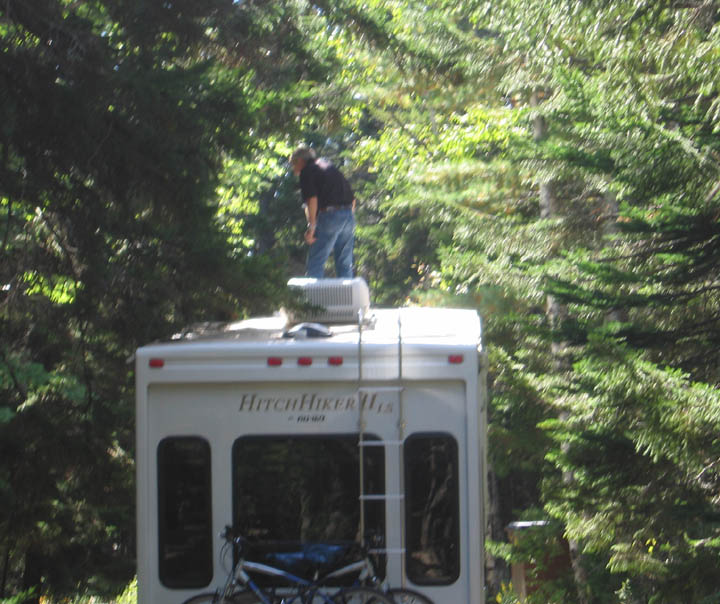 So on the day he was leaving, we watched him slowly pull out, and then stop when he heard lots of screeching noises. He looked up to see that there were quite a few low lying branches that were brushing up against the sides of his trailer. But our neighbor was not deterred.

He came prepared. He went over to his storage compartment, and pulled out a pair of tree limb loppers. A snip here, a cut there, and he was on his way. 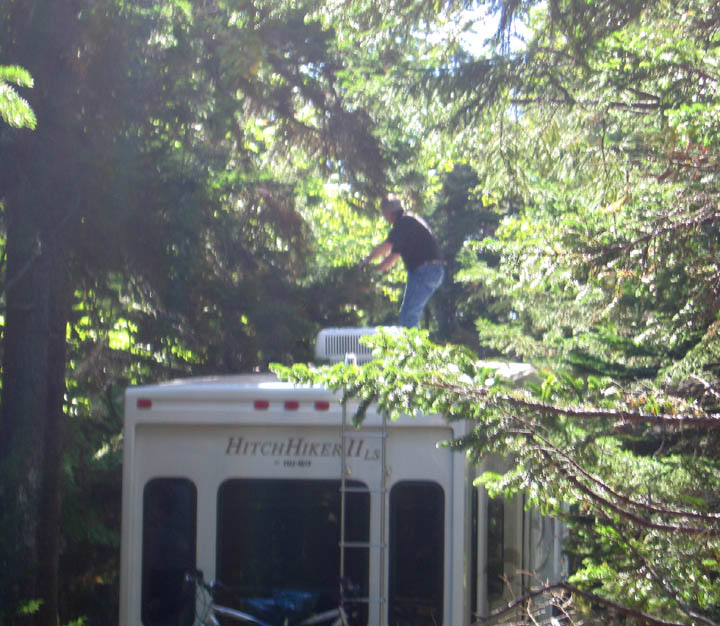 He continued to pull out, but stopped again. There were more branches that could scratch his sides up. To speed things up, he went up his ladder, and surfed on top of the rig, while his wife slowly drove it down the road, and he went along cutting and breaking branches off as he went. 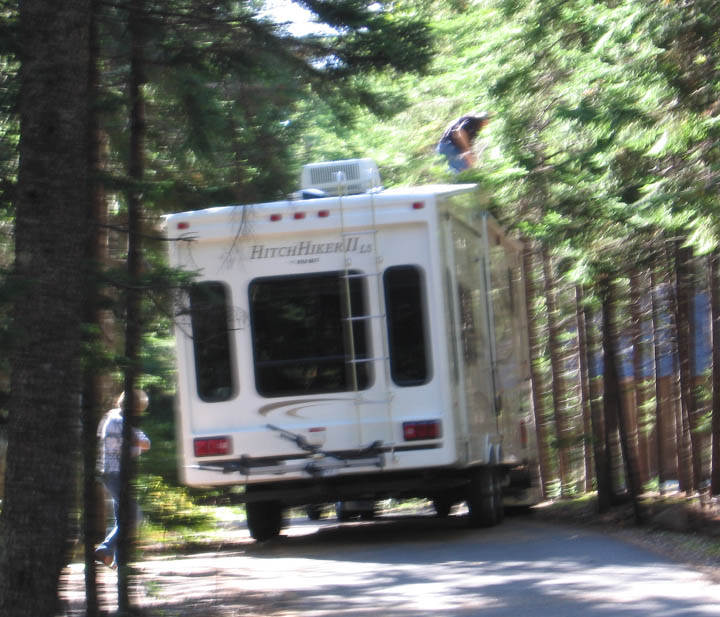 Some might think he was doing our National Park Service a favor by doing some free tree trimming for them. But, if spontaneous gardening isn’t really your thing, and you want to avoid banging up your rig more than necessary, then you might want to think carefully about the kind of spot you maneuver your rig into.

Or else, you might end up damaging the very thing you went there to enjoy in the first place.

4 thoughts on “Spontaneous Gardening in Our National Parks”