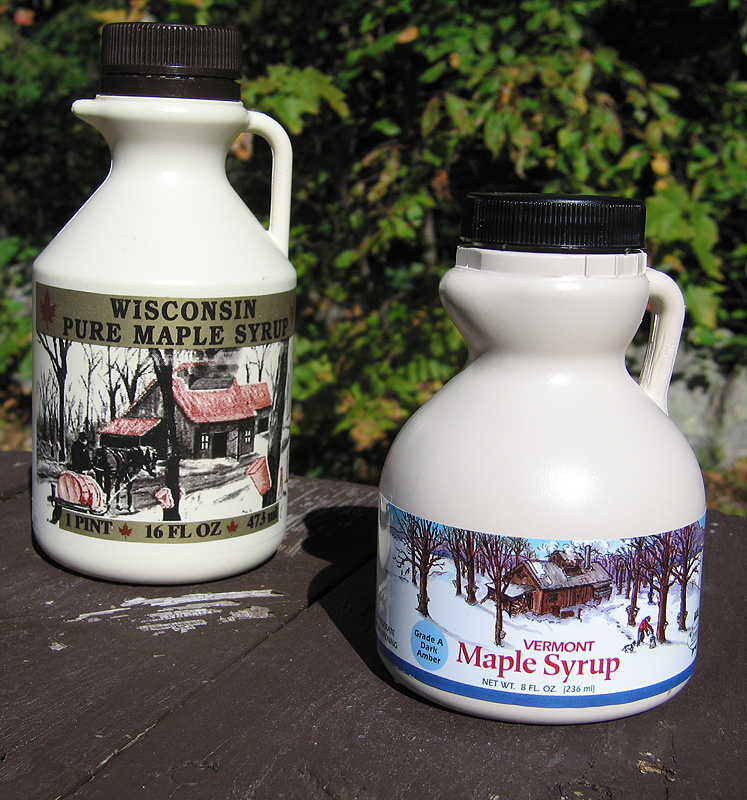 Back in Wisconsin, we picked up some local maple syrup. As good as it was, we desperately tried to finish it before we got to Burlington where we just had to pick up some pure Vermont maple syrup straight from the source. Then I realized, why wait? Let’s get some from both states and have a taste test.

Below are the results from our head to head comparison of these two pure maple syrups.

The first thing we noticed was that Vermont syrup is more expensive than that from Wisconsin. We paid $5.95 for an 8 oz. jug of Grade A goodness outside of Burlington, VT and just $6.95 back in Wisconsin for a whole pint of ungraded syrup – presumably also Grade A as Grade B is the really good (and more expensive) stuff. We quickly realized that you do indeed get what you pay for.

Before we had tried the Vermont syrup, we thought the one from Wisconsin was the best syrup we had ever tasted. Then we put it to the test. When compared to Vermont pure maple syrup, The Wisconsin stuff we had was good but not necessarily remarkable. It had a somewhat typical maple flavor and golden color with a mellow sweetness and slight hint of oak. After tasting the Vermont syrup, the Wisconsin one just tasted more processed, it was more sugary on the palate than is was maple-like. It was no Log Cabin or Mrs. Butterworth’s mind you, but it did seem to come from a machine more than a tree.

The Vermont syrup we had on the other hand had a much darker amber color with a smooth nutty flavor that lingered on the tongue. It was nearly as thick at the refrigerated Wisconsin syrup without having yet been put in the fridge. It’s flavor appeared to be more organic. You could definitely tell it came from a tree. 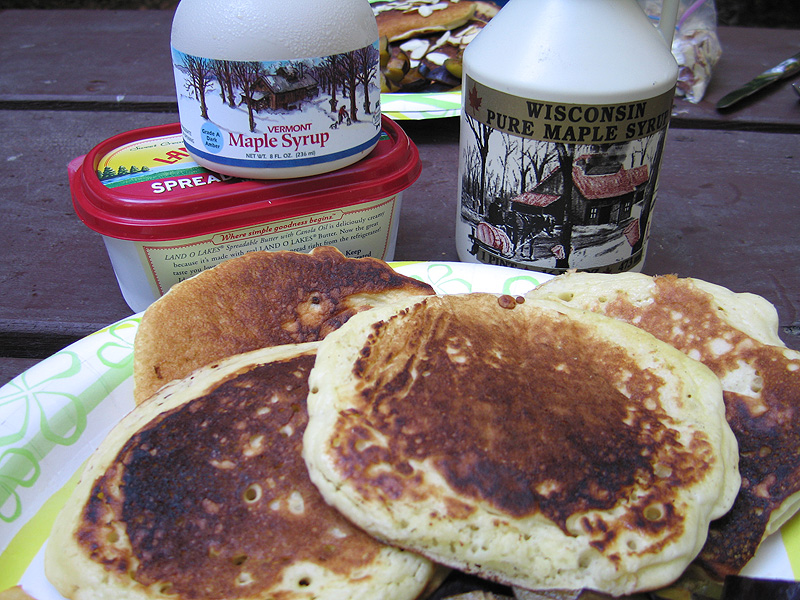 At the risk of going into diabetic shock, our first comparison included sipping each straight off a spoon. We then tried it on some fresh locally baked wheat bread and granola. The next day we put both syrups to the traditional pancake test. Unadulterated, the Vermont pure maple syrup

won hands down. When added to granola or flapjacks, however, it was a close call. As you can see from my plate below, both were definitely finger licking good. 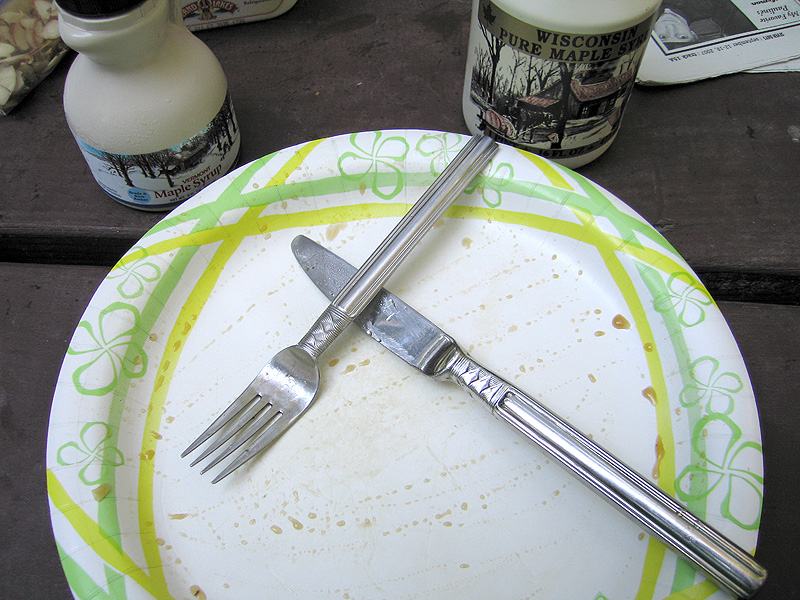 This experience was also educational as both jugs included interesting facts about maple syrup. For instance, it takes approximately 40 gallons of sugar maple tree sap to produce the correct density for one gallon of pure maple syrup. And, did you know that any mold that may appear on top of your syrup after it is opened is harmless? You can simply heat the syrup to boiling and skim this off, nearly returning it to its original flavor. Also, unlike mass market brands, pure maple syrup should be refrigerated after opening. But the best place to keep it is in the freezer as maple syrup will thicken but not freeze.