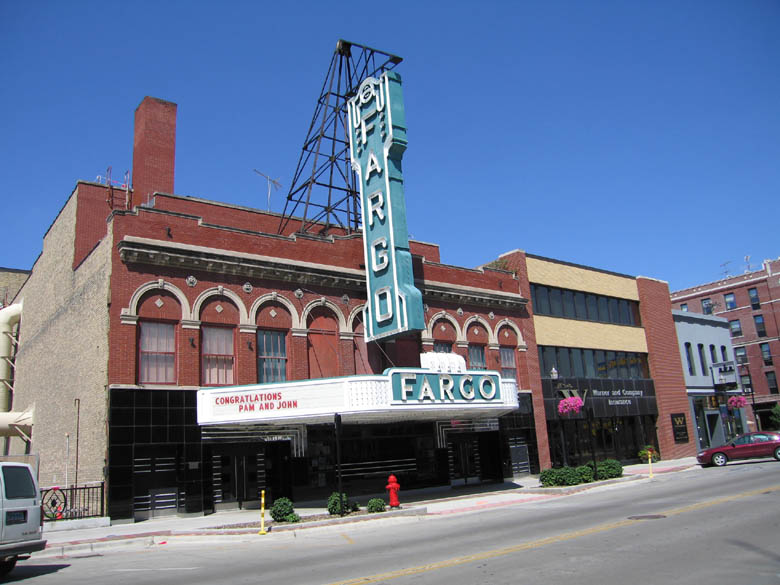 You’ve seen The Movie, and like us, if you’ve never been there, you’ve probably always assumed that Fargo was this tiny, backwater place with a few strange people, dive bars, a barren landscape, and bad weather. Don’t believe it. The movie “Fargo” wasn’t even filmed here; it was filmed in Minnesota!

As you come in from the South, the Fargo skyline rises up from the farmlands. A huge Microsoft campus greets you from one side of the highway. On the other side, a local broadband company has taken over a large highrise. And there’s more like them. Yes, tech has come to Fargo.

The economy is good, and housing is still affordable — from boring apartments in West Fargo (strip mall paradise) that rent for less than $600 a month, to lovely Craftsman homes in the downtown area that often go for less than $200k), Fargo’s downtown area has undergone over 60 revitalization projects in just four years, and art galleries and trendy restaurants are sprouting up everywhere in the Main Street “Renaissance Zone” area.

Look around, and you’ll notice that the stereotype of the Midwestern toothless, beer guzzling hilljack is hard to find. People here are active. Runners, walkers and entire families can be seen using bicycles along the great paths that line Fargo’s parks along the Red River. It’s easier to be fit here, as the city has an infrastructure that makes walking and biking useful and easy.

“But what about those winters?” you ask. Well, we talked to many locals, and they’ve all said that the weather in Fargo has changed (actually, everyone everywhere we’ve gone has said that about their own weather). For about the last 10 years, they’ve never gotten more than a couple of feet of snow on the ground. Sure, it gets hella cold. But that driving snow and blinding blizzards just doesn’t happen any more.

Fargo is a grown up little cosmopolitan city, with so many neat things about it, it’s really not what I expected at all!

7 thoughts on “Fargo: It’s Not What You’d Expect”