Rather than share a ton of recent photos for this fast Friday post, I’ll share one quick tip for anyone who wants to get the most miles out of their Dodge Ram transmission.

Idle in Neutral to Save Dodge Transmission

I ended the great diesel engine idling debate after we replaced our exhaust manifold, and turbo while we were at it. Idling the engine after long hauls helps the engine cool down slowly to prevent warping of components and other issues. So don’t ask me not to idle when I arrive.

The question then becomes…

Is it Better to Idle in Park or Neutral?

I got the answer when we last visited a favorite diesel shop for basic maintenance and a check up before heading south for the winter. “Ya got a nice truck there, it’s in good shape.” That was good to hear coming from the service manager when I picked up our 2006 Dodge Ram 2500 4WD with the Cummins engine. This was one of the last batches to roll off the line that year with what many diesel mechanics still consider the preferred engine in Dodge Ram trucks. 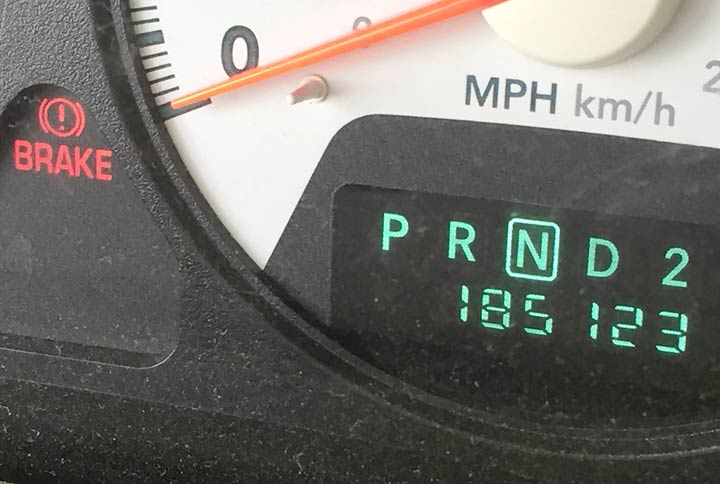 Idle in Neutral to save transmission.

We got to talking, and I mentioned how I baby our truck with hopes of getting as many miles as possible out of our Dodge, especially the transmission–what some mechanics consider the Achilles heel of these same trucks. I told him how we were headed over a high pass soon, and how I always let the engine idle a few minutes to cool down. “Good,” he said. “Be sure to idle in Neutral when you do.

Apparently the Dodge Ram is unlike Ford and Chevy trucks in at least one certain way. Aside from the fact that they are overall superior vehicles. At least mine is. At least in my opinion. But did I just digress again?

When you idle this truck in Park, the transmission fluid pump does not engage. Or at least is doesn’t push fluid through all the necessary parts to adequately warm up or cool down. “You’ll just be running the pump dry.” I didn’t get all the technical details, so don’t call me out on what this seasoned diesel shop service manager told me. But I did get the gist of it.

Idle in neutral to cool down your transmission components and fluid after a long haul, at least if you have a Dodge Ram.

“When you go out in the morning,” he added. “Start ‘er up and put her in gear. Then drop it into neutral and let everything warm up a couple minutes.”

Makes sense to me! Just be sure to set the brake. When Googling this recommendation, I found at least one diesel truck forum idling topic where at least a few owners agreed, with comments like this:

The pump turns in neutral, but not in park. It’s better to warm up and cool down in neutral.

So there you have it.

Subscribe to be notified of new posts here, and we’ll be sure to share a bunch of new photos again sometime soon. 🙂

One Response to “One Quick Tip to Save Your Transmission”