Ten years ago today, our wise co-pilot grew a pair of wings and headed into the wild blue yonder. Our life would never be the same without him. 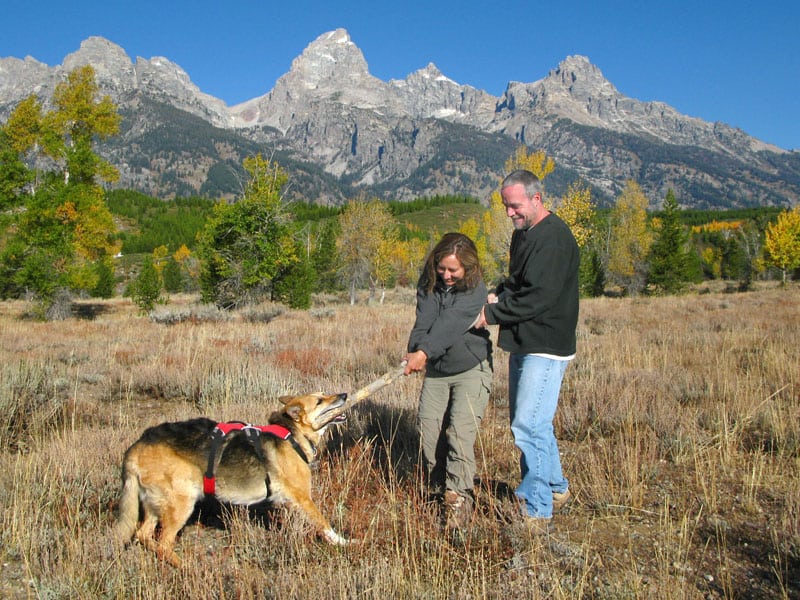 This picture says it all about our Jerry.

Jerry G. Dawg rocked our world from 1998 to 2008. The last two years we spent on the road as a pack, after he was diagnosed with terminal cancer. Even as he faced that evil beast, Jerry showed us how to reach beyond our comfort zone and embrace a simpler life. Free from most of our possessions and the idiocy of climbing the ladder of so-called success, that furry Buddha showed us how to make the most of each day. We are forever changed because of his leadership. 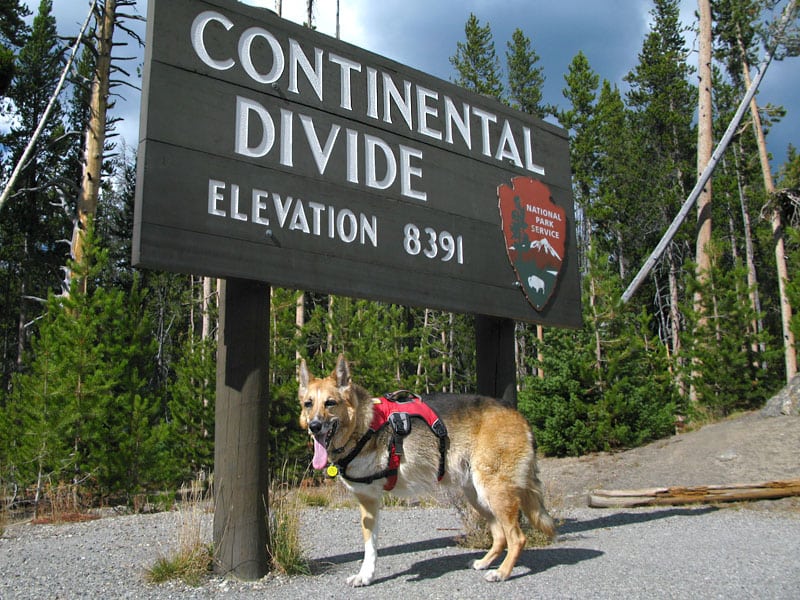 On October 3, 2008, cancer stole his body, but it couldn’t take his legacy. A decade later, the Tripawds community he started after losing his leg is now the world’s largest support community for animal amputees and their humans. Thanks to the Tripawds Foundation Jerry inspired, thousands of dogs and cats have been given an extra shot at a happier life thanks to his perseverance, his courage and his joyful nature through good times and bad. We are honored that he chose us to be stewards of his legacy. 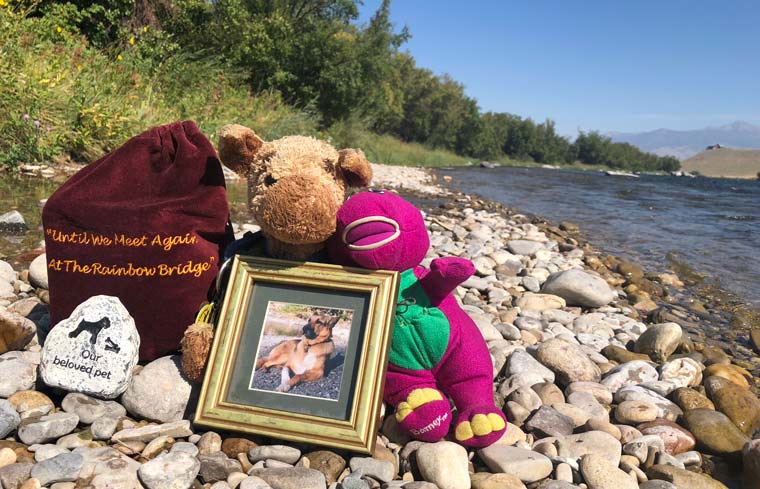 Ten years later, we set his ashes free on the Madison River.

The day he became eternal was long ago, but it still feels like yesterday. Letting him go was the hardest thing we’ve ever had to do, but we couldn’t have asked for a better place to set him free. There under the big skies of Montana on the grassy lawn of a country vet practice, he had the perfect send-off.

We could never bring ourselves to go back to the area, until now. 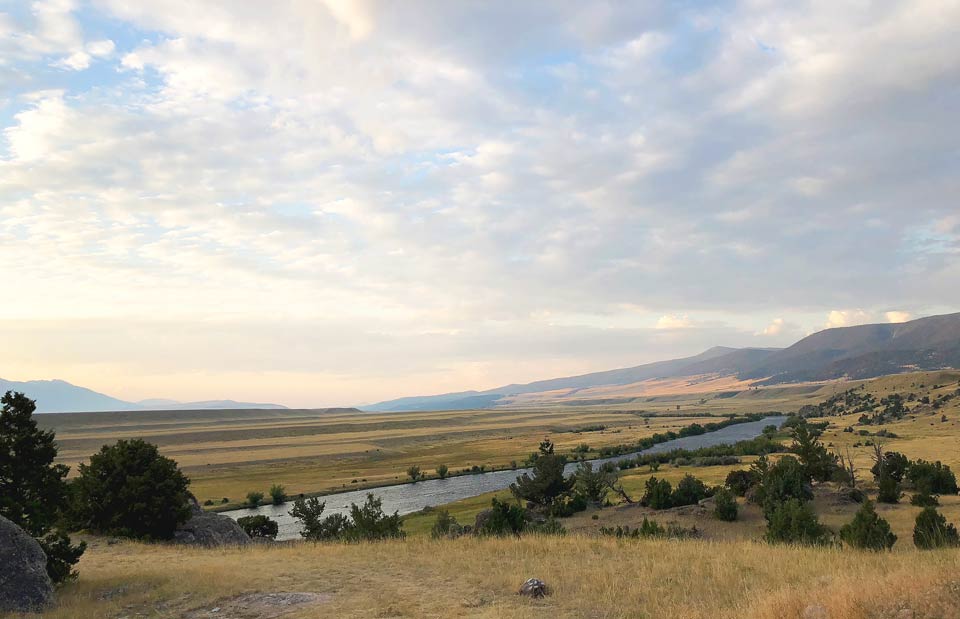 As we drove through Montana’s spectacular Madison Valley a few weeks ago, I couldn’t help but fight back tears, still grieving over losing that once-in-a-lifetime dog, a sacred soul that no other creature can ever come close to matching. If only he could have lived forever. 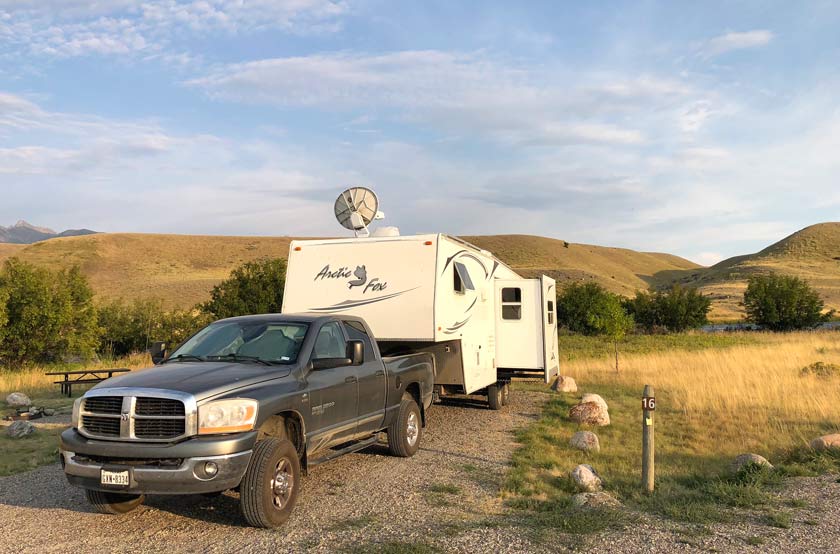 Our free BLM spot along the river. Perfect.

The free Madison River BLM campground where we parked for a few days was idyllic, a perfect place to deal with grief while remembering to celebrate his life, because that’s what he would have wanted. We decided to send a scoop of his ashes into the sparkling blue water running behind our campsite.

With all the courage in our hearts, we cracked open his urn and readied for the final step in mourning. We reached into the box, scooped some ashes and tossed them in the air. Like a sprinkling of fairy dust, the last reminders of his earthly presence floated into the sky. Ash, bone and bits sparkled in the fall sunlight then finally, eternally, blended into the surrounding landscape. How beautiful to know he’s officially part of it now.

Don’t ever let anyone tell you that a dog is just a dog, or a cat, or any animal for that matter. Unburdened by so-called logic and emotions of human existence, they have so much to teach us, so many lessons that can make us better people. If only we can shut up long enough to pay attention.