A few weeks ago I did something no wife should ever have to confess to doing. It was probably the worst thing I ever did in our 23-year relationship.

After many long driving days, we found the perfect campsite along the Madison River in Montana. It was free, quiet and just a few steps away from world class fishing.

Jim got his gear ready and put his fly rods in the truck bed. It was a bit windy, so he opted to take his spinner rod out.

He went down to the river while I stayed at the rig. A few minutes later I needed something from the truck. The wind blew hard while I fumbled around in the cab with the back door open. When I found what I needed, I slammed the door shut . . .

. . . Just as a gust of wind blew and knocked Jim’s fly rods into the door jam.

I simultaneously killed not just one rod but two. And one belonged to his father.

Sick to my stomach, I waited till he returned to confess what I did. I felt like I had committed murder. 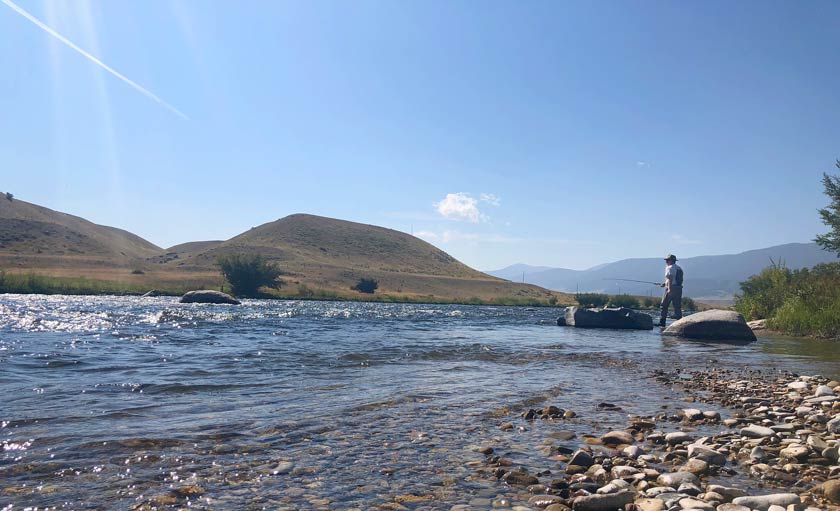 Miraculously, he didn’t yell or stomp or cry. Basically all the things I would have done if the goods were mine. He was sad, and disappointed, but amazingly forgiving.

And now I love this man even more than ever. #besthusbandintheworld

2 thoughts on “Confessions of a Fly Fisher’s Wife #besthusbandintheworld”