RV parks have never been our favorite places to stay. For us, the close quarters of a full hookup site comes at too high of a price, like a lack of privacy and the unpleasant aromas of strangers’ lives. Worst of all for us is the endless parade of tiny dogs on Flexi leads. You know, the little terrors who lunge, bark and show aggressive behavior that their owners think is soooo cute! My German Shepherd Wyatt would get us kicked out in a heartbeat if he behaved similarly. But after many years on the road, we finally found one park that’s different from the rest: Fountain of Youth in Niland, California (close but oh so far from the Slabs).

Fun and Games at Fountain of Youth 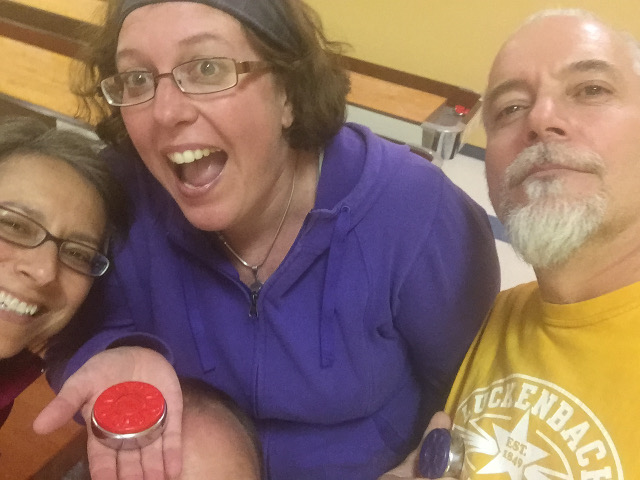 When your BFF says have fun or else, you listen!

“FOY” as it’s known by regulars, seems to be in a transition phase. The old guard of retired snowbirds is hanging up the keys and FOY’s owners are trying to appeal to younger guests. So far it’s working. In 2015 we stayed there with a group of friends and this year we had more of the same fun with new and old friends alike. Most RV sites are HUGE with plenty of space between neighbors. Plus, the on-site fitness center, six pools (four of them are spas), massage therapy, twice-weekly veggie market and the on-site post office and convenience store makes it easy to stay put for a while. We just left and it was hard to say goodbye.

The only problem with Fountain of Youth? Their long list of activities and groups isn’t something Jim and I can do because we’re earning a living. While others are playing pickleball or doing yoga, we’re feeding the Social Security coffers for those baby boomers! 😉

During our stay one of my oldest and dearest friends was there too. Cija and her hubby Dave decided to try full-timing for a while and it’s been fun watching them slow down and ask themselves the same questions Jim and I did when we hit the road in 2007. In the midst of Cija and Dave deciding on their life trajectory, she bitchslapped me as only a best friend could: Take time to have fun or else! Happily we obliged a bit more than usual while staying at FOY. 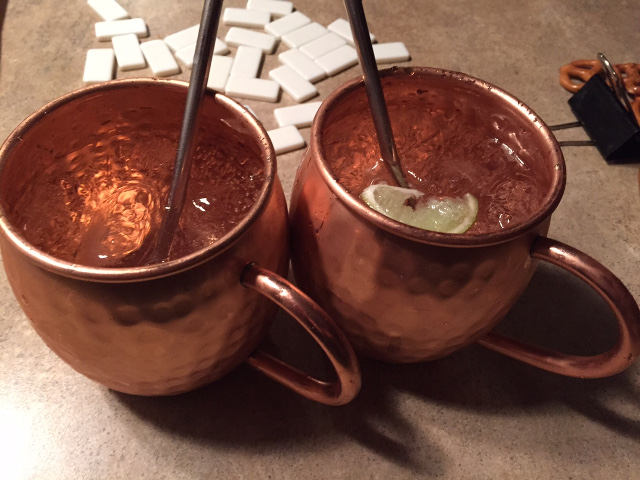 Nothing like Gin N Tonics and Dominoes for happy hour!

We’re Not the Instagrammed Full-timers

If you haven’t noticed by now, we’re not one of the many young full-time RVers on Instagram who always seem to be having a blast! Jim and I work seven days a week so we don’t become impoverished, Alpo-eating old folk. Our dedication has helped us build a three-legged community that’s helped thousands and even shelters us from this crazy, mixed up world (it goes without saying that political conversations are off-limits at Tripawds. Our animals are way more important than politics).

Every day you’ll find us writing, coding and crafting, which leaves little time for posting shiny happy people photos on Instagram. But do we care? Nope, because we love what we do and it never feels like that four-letter word, “WORK.” We get so much satisfaction from serving our purpose in this world.

This is our tenth year on the road. That’s a decade of working our butts off but also exploring places we would never see if we stayed at our home office in Humboldt County. Although we can’t join the full-timing Instagrammers too often, I wouldn’t trade our nomadic life for a thing.

Here’s one of the payoffs: we’re cover models for the January issues of Escapees Magazine! 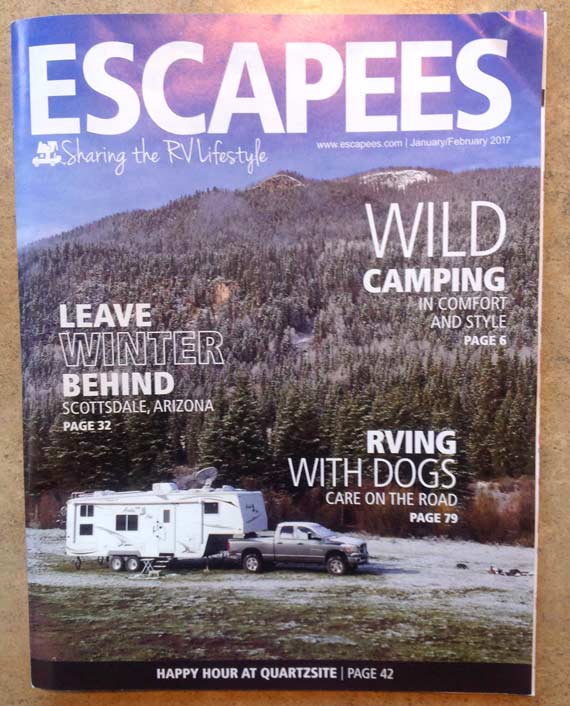 Editor’s Note: For the record, you can find LiveWorkDream on Instagram, but you won’t find many selfies of us, at least not all made up and posed in a spotless RV.